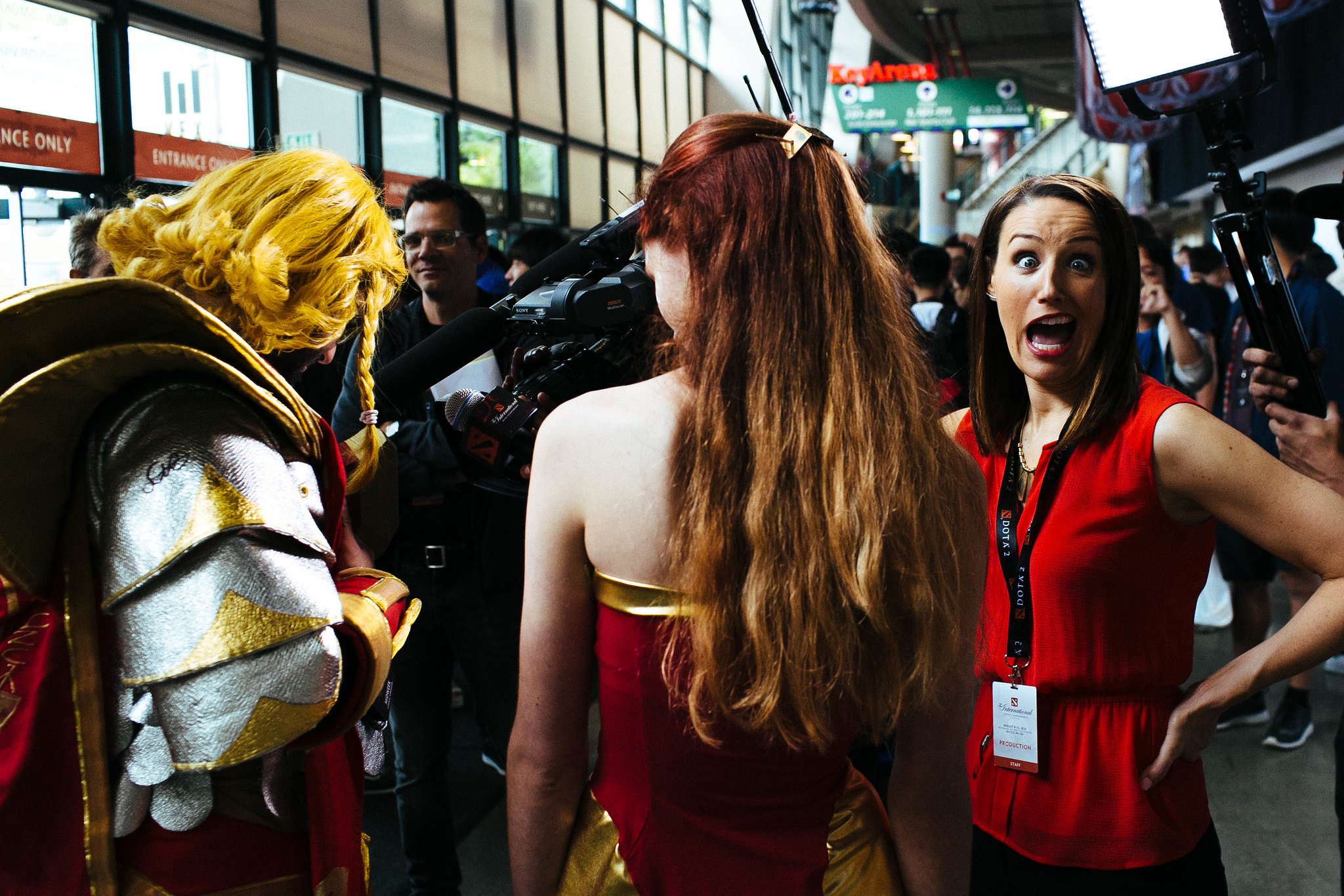 Kaci Aitchison, a popular host in the Dota 2 community, revealed today that she’s officially working with Valve on a full-time basis.

Aitchison was a freelance host for Valve and only worked with the company at The International events. Before joining Valve, she was previously a co-anchor and feature reporter for Q13Fox News and also performed with the Jet City Improve for seven years.

Aitchison auditioned for the role of a backstage host and interviewer at TI3. Despite—or because of—her unfamiliarity with the professional Dota 2 scene, her poise, interviewing ability, and willingness to dive into the deep end proved to be an instant hit with both fans and players. She’s remained the de facto host for TI since, even working at TI7 while she was pregnant.

Aitchison’s involvement as a full-time employee at Valve will likely see her retain her previous job scope for TI. But now, she’ll be available to work for various events throughout the year, such as the Dota Pro Circuit.

Valve’s hiring of Aitchison could be considered a milestone for the future of Dota 2 esports. While Valve has hosted several premier events and has hired talents, the job is usually left to a third-party broadcaster or organizer. Esports broadcast talents are usually invited on an event-by-event basis and most of them retain affiliations with various casting studios. Hiring these media talents as full-timers will allow the developer to have more direct involvement in Dota 2 broadcasts.