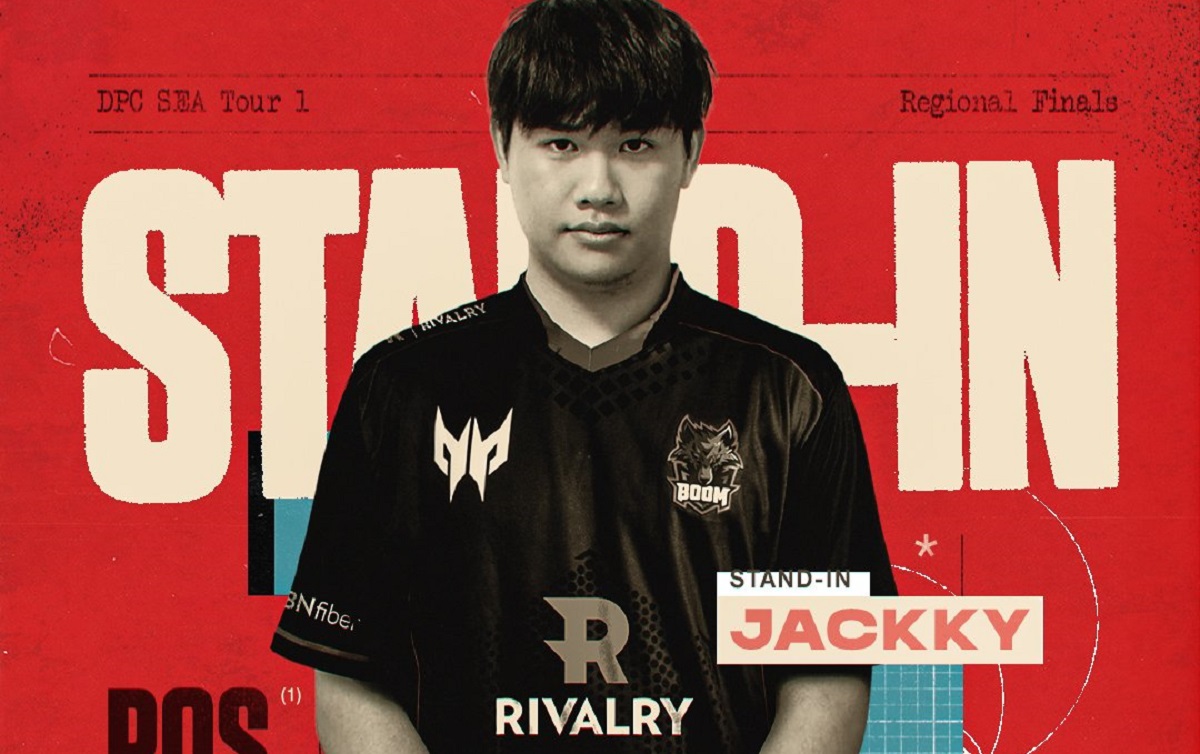 The roster shuffles continue with full force in the SEA region without any final decisions, however, as Souliya “JaCkky” Khoomphetsavong will stand in for BOOM Esports in the DPC SEA Winter Regional Finals.

While BOOM Esports welcomed its new temporary member, it also announced that Justine Ryan Evangelista “Tino” Grimaldo would be moving to the inactive roster.

JaCkky’s former team, Motivate.Trust Gaming, on the other hand, will be filling in the gap with Nuengnara “23savage” Teeramahanon for the time being.

BOOM Esports had a Cinderella run through DPC SEA 2021/22 Tour One: Division One, while it was supposed to compete in the second division. Shortly before the season, Omega Esports was banned from the competition, allowing BOOM Esports to move up unexpectedly. Though most fans didn’t have high hopes for the squad, it topped off the competition while only dropping a single series throughout the season.

BOOM’s roster for the DPC SEA Winter Regional Finals is as follows.

Though the organization didn’t make any comments on whether they’d consider JaCkky as a permanent replacement for the hard carry position, his performance in the upcoming Regional Finals may have an impact on the organization’s final decision.