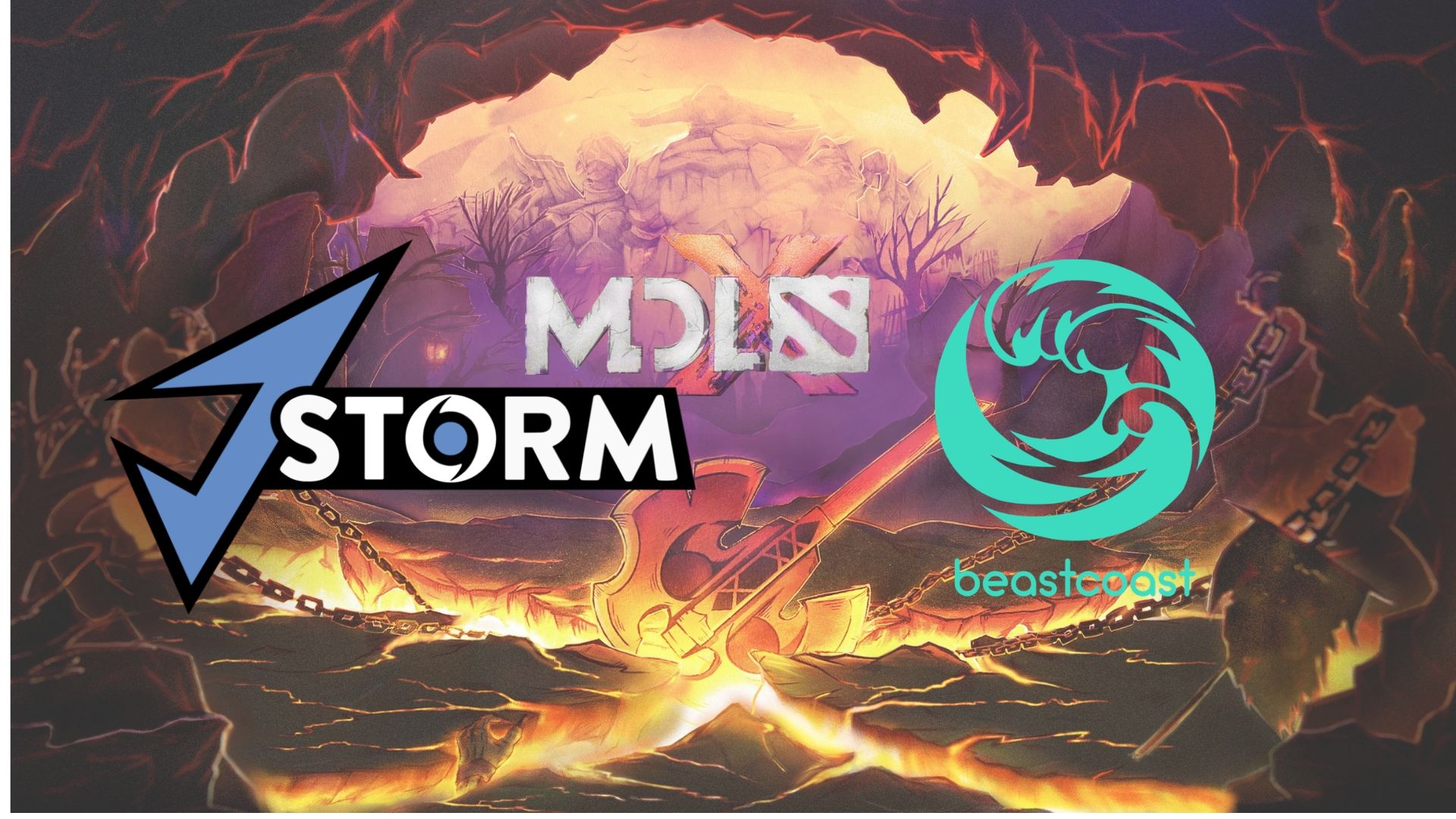 North American Dota 2 team J.Storm beat out South American squad beastcoast 2-1 on day two of the MDL Chengdu Major. The series went the full distance, with beastcoast winning the first game and J.Storm capping it off with two drawn-out victories.

Beastcoast had a fantastic showing in the first game, bringing their signature blitzkrieg playstyle to the forefront. The final two games were protracted affairs that went in favor of J.Storm. While the North Americans managed to secure victory and a spot in the upper bracket, a better team will likely punish them for their lack of impetus in the late game. Beastcoast will have to figure out how to replicate their game one playstyle, and less of the others to have a fighting chance to stay in the Major.

As usual, beastcoast knew their game plan was to make sure K1 had a good game. The South Americans committed a trilane to the Lifestealer, and their other lanes were duly punished. K1 raced out to a net worth lead, standing responsible for beastcoast’s gold lead for majority of the game.

J.Storm likely knew that the opposing Lifestealer was the most important hero to kill, but beastcoast proved yet again that their four-protect-one strategy is one they’ve honed to perfection. No matter who died, it was all in the name of creating space for K1. Despite beastcoast ending the game with a kill disadvantage, K1 was practically unkillable, only dying once and proving himself a maestro of any Midas-Radiance hero.

Game two saw beastcoast going for Faceless Void and Skywrath Mage, a classic damage combo. J.Storm responded with three beefy cores in Timbersaw, Viper, and Centaur, all of whom are naturally tanky and build into magic resistance to counter out the Skywrath.

J.Storm held an advantage throughout the game, and rarely relinquished it. The Americans’ high amounts of damage mitigation proved difficult for beastcoast to chew through. Yet, due to their lack of building damage, it took close to an hour before J.Storm was able to firmly seal the deal and get mega creeps. One more won teamfight by J.Storm led the Peruvians to concede.

For game three, J.Storm picked up an incredibly sustainable lineup in Chen, Chaos Knight, and an offlane Ogre Magi. Beastcoast decided on the mid Tinker, and an unconventional carry Omniknight for K1 for more teamfight presence.

The South Americans were on the backfoot from the start. J.Storm dominated every lane, and Leon “Nine” Kirilin, in particular, had a great time on the Tiny. He was everywhere on the map to help set up kills, which was a simple process considering the amount of stuns J.Storm had.

While the game was greatly delayed, most of beastcoast’s net worth was located in Tinker and Omniknight. The three other players fed over and over and contributed little to the cause, all while J.Storm’s heroes got stronger. Once the Tinker was caught out, beastcoast could only watch as J.Storm demolished their base, dashing their hopes of going to the upper bracket.

J.Storm will move on to the upper bracket and face Team Liquid, while beastcoast will fight Adroit in a best-of-one to determine who stays and who goes.