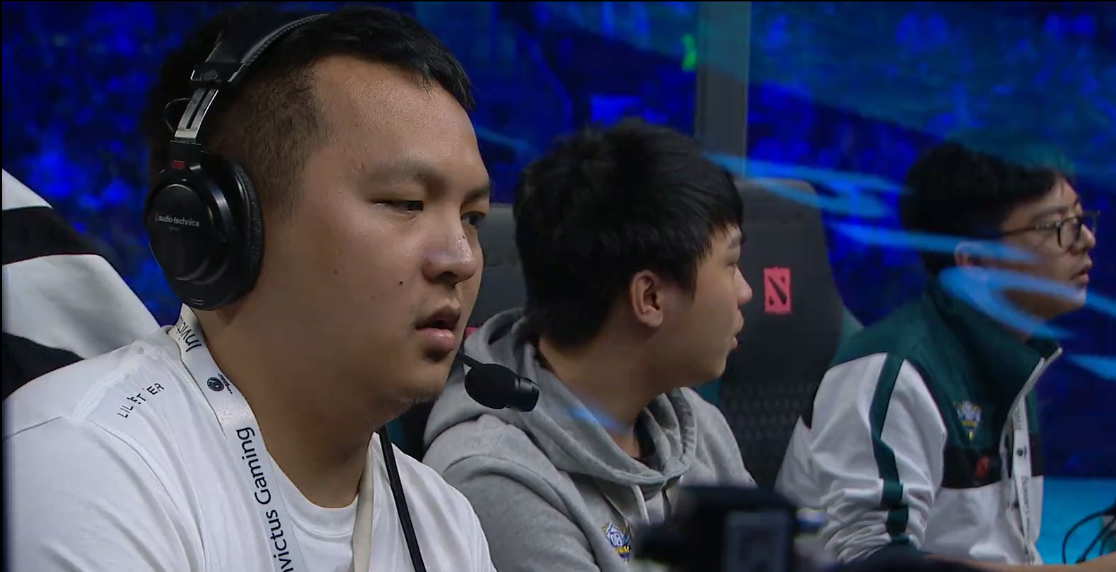 The first day of The International 7 playoffs has begun, and already there has been a massive upset.

Team Liquid, who topped Group A of the group stage, chose to play Invictus Gaming in the opening game of the playoffs. While considered massive favorites against the Chinese team, things did not end up going according to plan, as Invictus sent the European tournament favorites to the lower bracket after winning the series 2-1.

In the first game of the series, Invictus Gaming’s draft would present the Chinese team with incredible vision. Featuring Batrider, Night Stalker, and Ancient Apparition, Invictus were able to almost always have a good overview of the battlefield, while Liquid had to be on the defense.

Things quickly started going wrong for Liquid, as Invictus team captain Fu “Q” Bin and carry player Xu “BurNIng” Zhilei were able to quickly bring down Ivan “MinD_ContRoL” Borislavov’s Bristleback in the bottom lane. The signature hero for the Bulgarian player was targeted several times throughout the game’s early stages by Invictus, and was killed five times by the fifteen minute mark, stifling the item progression of Liquid’s tank.

Although the trio of Q, Ye “BoBoKa” Zhibiao, and Lin “Xxs” Jing were running rampage across the map picking off Liquid players, the biggest asset in Invictus’ arsenal was Ou “OP” Peng. The mid laner was given Alchemist as the last pick in their draft, and played the hero to perfection in the laning stage—amassing a substantial lead in terms of items and levels. In contrast, the Invoker of Liquid star Amer “Miracle-” Al-Barkawi was unable to keep up, or provide his team with the damage output of Op’s Alchemist, who time and time again was able to chop through the Liquid side.

After only 30 minutes, the first game of the series was decided, as Invictus had razed all of Liquid’s outer structures and pressed on to victory.

The second game of the series saw Liquid come out victorious, however, as a signature Keeper of the Light pick for Maroun “GH” Merhej allowed the European squad to aggressively push Invictus constantly. In addition to Liquid’s Keeper of the Light pick, the squad once again looked to MinD_ContRoL’s Bristleback to keep the pressure on the Chinese team.

Both BurNIng and Op returned to the same picks they had played the previous game, and in steep contrast to the first game of the series, BurNIng’s Lycanthrope had an incredibly difficult start—setting the legendary carry far behind the carries of Liquid. Despite sacking their main carry, and sending Alchemist into a much less favorable match-up against Matumbaman’s Ursa, the Sand King of Xxs was still able to provide Invictus with incredible teamfight initiations.

Liquid held constant control over the Roshan pit, and proceeded to push into Invictus’ base after each acquired Aegis. A final defense by Invictus saw the Chinese side bring down four Liquid players, but were unable to hold up a decisive push by Liquid, which brought the first series of the day to a third deciding game.

The final game in the series saw the Invictus support duo of BoBoKa and Q deliver a strong performances on some of their most signature heroes, and BoBoKa’s reputation for being a courier-sniper was all but cemented.

The biggest hero of the game, however, was Xxs, who delivered a master class 13/2/10performance on Earthshaker—as the offlaner was able to consistently catch out and kill off any straggling Liquid heroes.

A lot of focus for the Europeans once again fell on Mind_Control, whose Faceless Void would be in charge for setting up the teamfights for Liquid. Unfortunately for the Bulgarian offlaner, however, he was targeted consistently by Invictus, which limited the use of his Chronospheres, allowing the Chinese team almost free reign once teamfights broke out.

As time went on, Liquid fell further and further behind until Invictus went for a final decisive push—sending the tournament favorites into the lower bracket, and staging a massive upset.