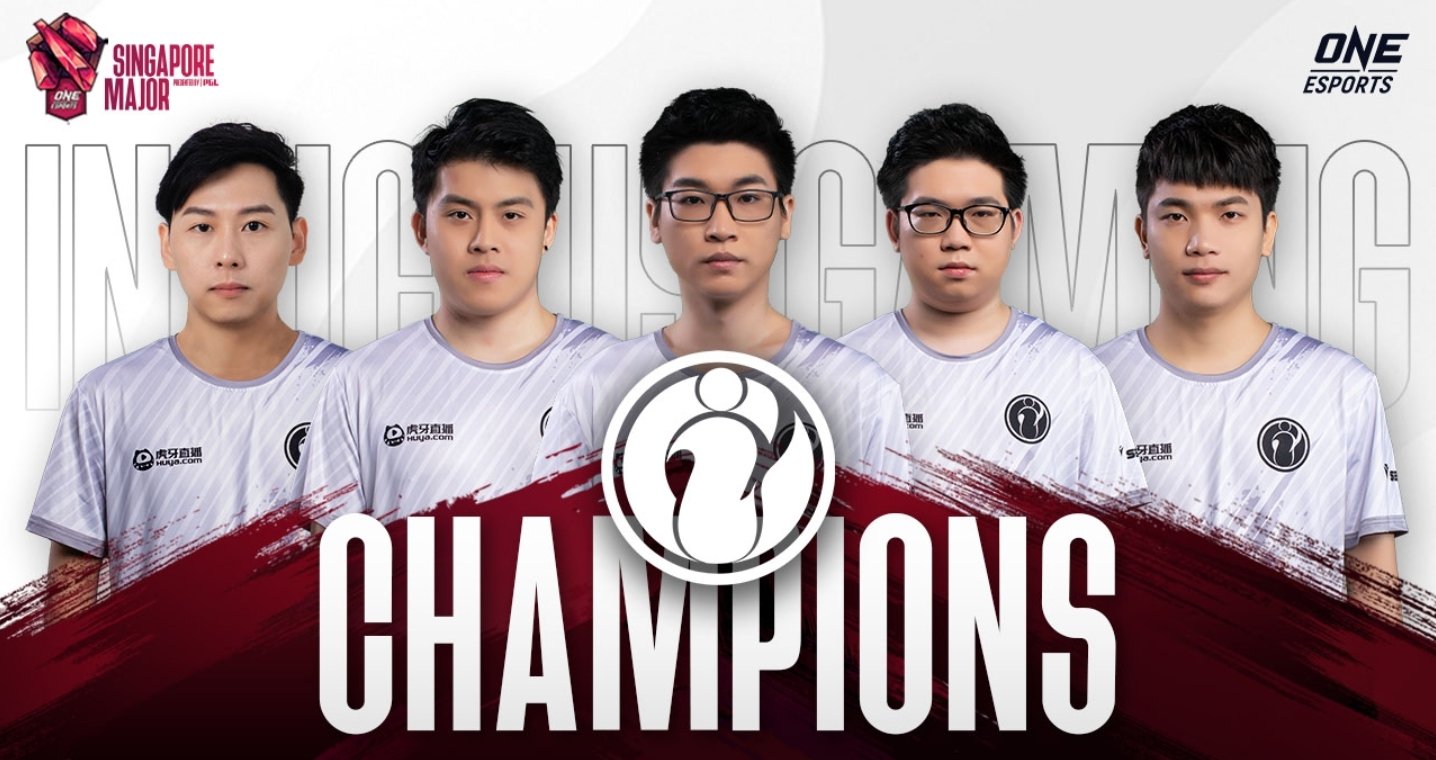 IG looked shaky at the start of the series and lost four games in a row to EG when including their first meeting in the upper bracket. But all it took was one game to swing the momentum as the top-seeded Dota 2 team in China claimed the Major title 3-2.

Nothing seemed to bother EG throughout the first two games, with IG providing minimal resistance and letting the NA team get comfortable behind Abed’s Storm Spirit and Cr1t making several game-saving plays.

Games one and two were both complete stomps, with IG only holding an advantage for about 16 minutes total through nearly an hour of gameplay as EG went up 2-0 with a combined kill advantage of 62-10.

It wasn’t until game three when the Chinese team would find their footing, challenging some of EG’s best heroes and pulling out a win after squandering an early lead.

FlyFly’s Sven and Emo’s Void Spirit led the way, sparking something within IG and in the Dota community with Emo all-chatting a single question mark that set social media on fire.

EG and IG began trading leads in game four, with the combination of Emo and FlyFly matching whatever the NA team could throw at them despite Cr1t playing some of his best Dota and running a perfect maneuver around a Roshan fight with a clutch Rolling Thunder.

IG’s Troll Warlord and Ember Spirit-centric draft gave them the edge and they limited Abed’s Storm Spirit in its fourth appearance of the series, which eventually allowed them to even the series 2-2.

Heading into the final game, EG and Abed stuck with Storm Spirit, making this just the fourth series where one player used the same hero in every game of a best-of-five series, according to datDota developer and analyst Ben “Noxville” Steenhuisen.

But just looking at the players during the final game, you could see how relaxed and confident IG were. FlyFly and his teammates were laughing and shaking off small errors while EG looked defeated when losing teamfights.

Kaka’s Lion and FlyFly’s Spectre, which went 14-0-18, led IG to a game five victory, dominating the final 12 minutes and countering every move EG tried to make.

EG finished just shy of winning the first Major for an NA organization, bowing out at second and taking home $100,000 and 450 Dota Pro Circuit points.

IG claimed the Major title, $200,000, and 500 DPC points with a run that saw them eliminate Thunder Predator, Team Secret, PSG.LGD, and EG. They now have a total of 1,000 DPC points and sit atop the 2021 DPC rankings heading into season two.