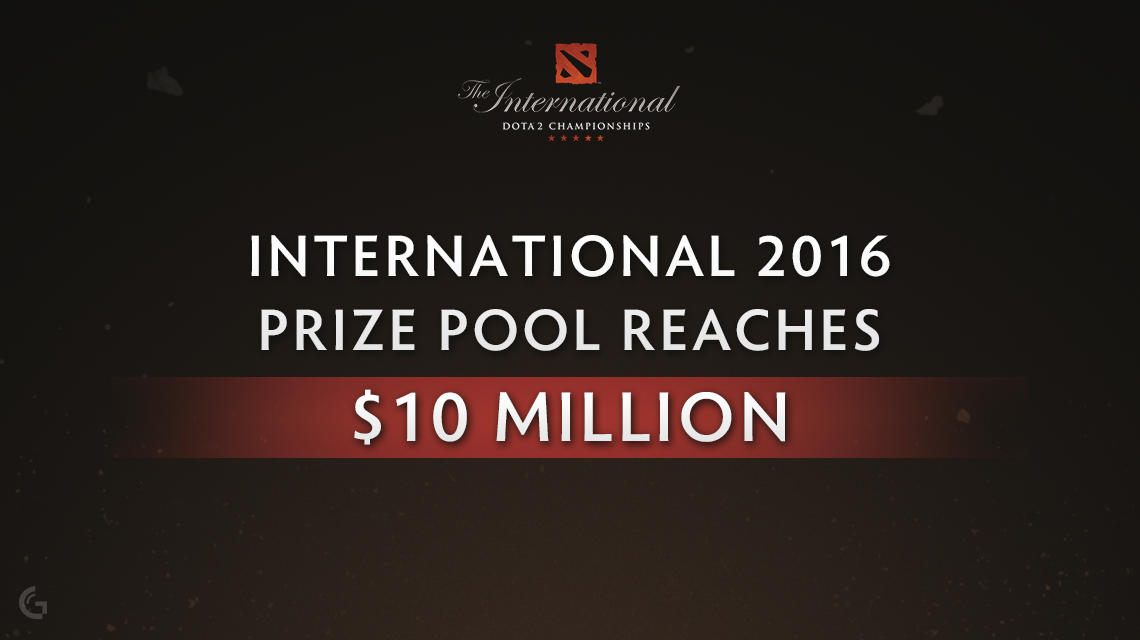 Last year, The InternationalDota 2 Championships 2015 made history as having the largesteSports with prize pool over $18 million, with Evil Geniuses, beingawarded over $6 million. Valve has always looked to crowdfunding tohelp increase Dota 2 prize pool, this year in just 18 days, thecrowdfunding for Dota 2 International 2016, prize pool has reached$10,250,153.

As we are only a few days intoJune, and TI isn’t until August – it looks like fans are going tomake these year International prize pool big the biggest for Dota2.

The International 2016 mainevent will begin August 8-11 in KeyArena Seattle, WA.  Thoseof you looking to attend the event can purchase tickets at, Ticketmaster.