Change can be good, and Infamous just proved that. 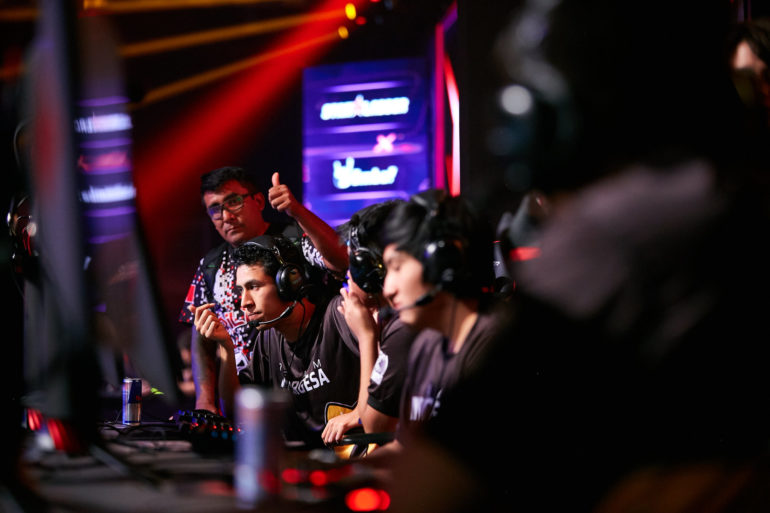 Despite dropping the roster they competed with for the entirety of the 2018-19 Dota Pro Circuit season, Infamous managed to secure one of the final six spots at The International 2019.

Overall, South America is considered the weakest region out of the main six in competitive Dota 2. And once Chaos Esports Club left the region, Infamous was by far the favorite to win everything in SA.

That didn’t end up happening, though. The roster led by Mariano “Papita” Caneda ended up falling short of a TI9 direct invite at the EPICENTER Major. And on top of that early exit, Infamous dropped several games to teams like paiN Gaming and Team Anvorgesa who they usually beat in smaller events.

With the rise of paiN and their new roster, Infamous thought that their roster needed a change, but instead of just swapping a few players, both the team and players agreed it was time to part ways. The former Infamous roster disbanded, but under Papita, four of the players joined up with Ivaylo “Mastermind” Petkov to form Team Ham and compete in the regional qualifiers for TI9.

It almost seemed that Infamous wouldn’t form another roster to make one last run at TI9, but right before the open qualifiers began, the team reached an agreement to sign the Anvorgesa roster. With another proven group of veterans who were already used to playing together, things were looking up.

The new look Infamous squad absolutely crushed the group stage, losing just one game to another top SA team, Thunder Predator. They ended up barely edging out both paiN and TP for the top seed at a 6-1 record.

Infamous looked utterly brilliant in game one, taking the match in 18 minutes and putting themselves in a great position to walk into grand finals. But paiN wasn’t going away quietly, and the next two games were tests of endurance as paiN fought back with a 57-minute win in game two.

Game three saw William “hFn” Medeiros put paiN on his back—he singlehandedly dealt 14,5475 to Infamous and went 17/5/24. With the win, paiN secured a spot in the finals and also sent Infamous to an elimination match.

It was at this point, though, that Infamous ran through the competition much like they did to start the event. They swept EgoBoys in about an hour and then wasted no time in tearing paiN apart in their rematch.

Game one and two were close, with the teams staying relatively even for much of the respective games. Up 2-0, Infamous looked shaky in game three, giving paiN plenty of chances to make a comeback.

Behind some excellent mid-play by Jean Pierre “Chris Luck” Gonzales on Queen of Pain, the former cat burgers sealed their sweep in the final five minutes and the celebrating began.

With this win, Infamous will be the only SA team attending TI9 and fill the 15th spot. They will be one of the lower seeds when The International 2019 begins on Aug. 15.