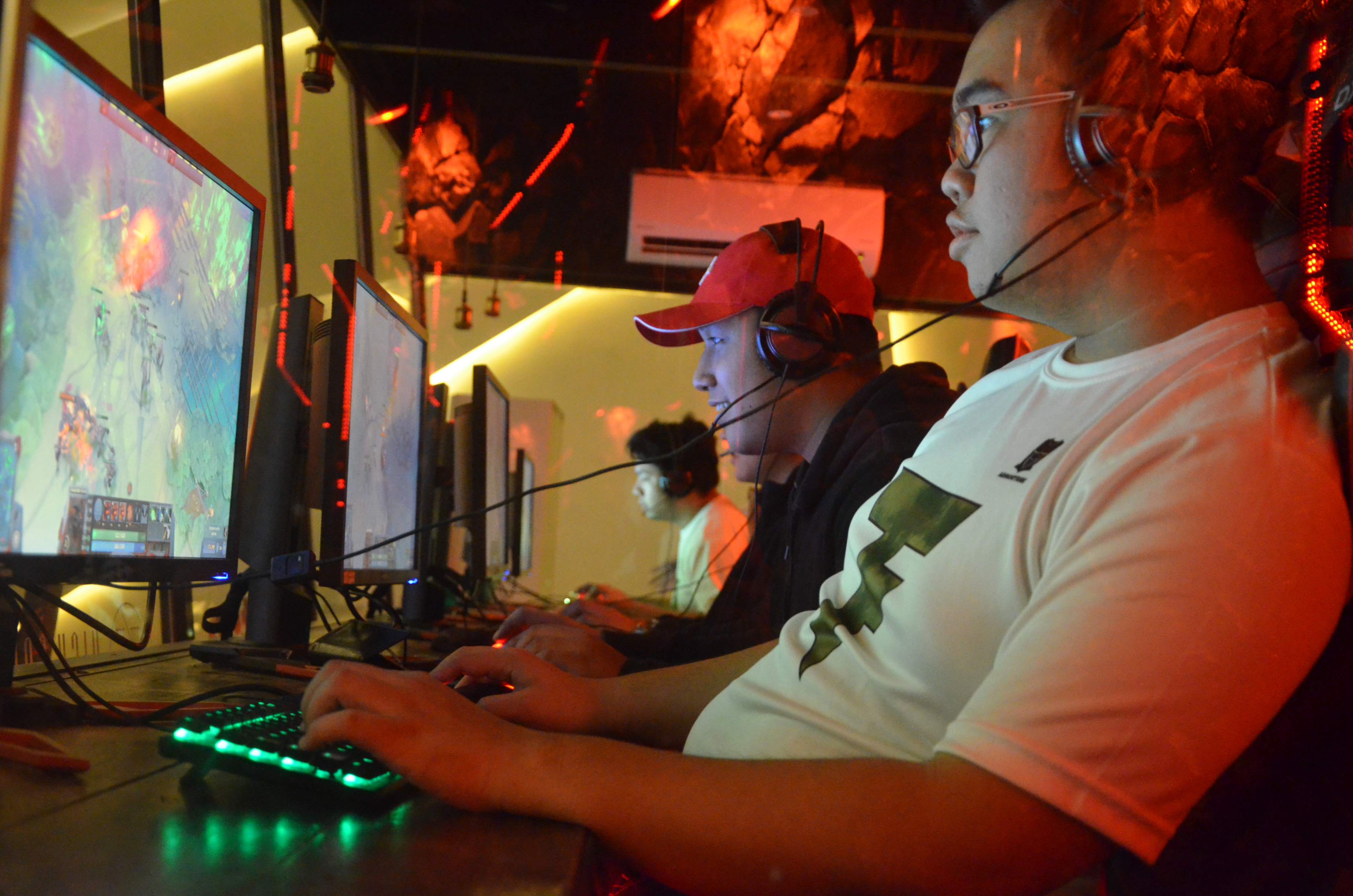 Photo via UP Gaming Guild

On June 24, college students from several different cities in the Philippines gathered in an internet cafe located in the suburbs of Manila. They were there to claim gaming supremacy over other universities and to put on a show.

The idea was simple—emulate the success of a regular esports tournament, but with a slight twist: Participants would play under the names of their colleges rather than just their own team name. The event was dubbed Impetus 2017, spearheaded by the University of the Philippines Gaming Guild (UPGG), a student organization formed in 2016.

On the surface, this isn’t exactly something special or groundbreaking, since organizations outside of the Philippines have been running intercollegiate esports leagues for years. From the Collegiate Starleague in the United States and Canada, to Blizzard’s Heroes of the Dorm for Heroes of the Storm, it’s an idea that can’t exactly be called novel anymore. For the Philippines, though, it’s a bit of a different story.

Intercollegiate sports are huge in the Philippines. Interschool rivalries, such as the nearly century-old one between Ateneo de Manila University and De La Salle University, are a large part of student life in the island country.

In the finals of the University Athletic Association of the Philippines’ (UAAP) women’s volleyball tournament last year (between Ateneo and La Salle, no less), more than 22,000 fans were in attendance at the Smart-Araneta Coliseum, the second largest arena in Metro Manila.

And that’s just for volleyball. Basketball, the Philippines’ favorite sport, is the “gold standard” that each school’s athletic prowess is measured against. Students from all over the country watch the basketball games to get a taste of the excitement and action.

For a country that embraces both video games and college sports—particularly the UAAP—this small tournament in the internet cafe could spark a revolution. The combination of the rising local esports industry and the well-established competition between the most prestigious schools in the Philippines could very well be the catalyst for such a shift.

UPGG’s marketing manager, Chloe “Sabine” Cabrera, sees a natural link between Impetus and the UAAP: the feverish school spirit seen in Philippine universities. “We were inspired by the UAAP because of the incredible amount of school pride we see from the eight member schools during traditional UAAP events like basketball and cheerdance competitions,” Sabine said.

Although UPGG is not the first group to come up with an intercollegiate esports league in the Philippines, Impetus was recognized by big-name tech and gaming companies and esports fans alike. Students that aren’t even gamers also took notice, after a few of the participating schools posted messages of encouragement for their respective teams on social media.

The organization was also inspired by Manila’s sudden status as a hotspot for international esports events. Within the last year alone, the Philippines played host to three premier-level Dota 2 tournaments, produced by familiar names, such as PGL and ESL. “We think the tournament scene in the country is growing, especially since the Philippines just hosted ESL One Manila, the Manila Majors, and the Manila Masters,” Sabine said.

Just as they are known for their love of college athletics, the Filipino people are also avid gamers. Dota is perhaps the most popular multiplayer game in the country, played by young people from nearly all social classes. Thanks to incredibly cheap internet cafe rates of about 50 American cents per hour, anyone from schoolchildren to working adults can hop into a game of Dota.

Sabine believes that Dota was the obvious choice for Impetus. “When you think of the Philippines, it really is a Dota 2 country,” Sabine said. “We felt like it was the best option for our first tournament since we were sure that we’d be able to find Dota 2 players and teams who would be willing to compete from all eight universities.”

As a special interests organization in the University of the Philippines (the country’s premier state university and the one that is typically considered to be the best), UPGG doesn’t receive funding from the university’s administration. Impetus, therefore, is a completely grassroots effort built from scratch.

Despite this, the organization was able to secure sponsorships and partnerships from top technology corporations for the tournament. Most notably, they were able to enlist the aid of Acer and TNC, whose logos were placed by the organization on materials promoting the event.

Sabine said it was relatively easy to convince these companies to support the organization. Both already had an interest in entering the local esports market.

The event was held over several online rounds, which culminated in a LAN final at High Grounds, TNC’s high-end two-story internet cafe, featuring powerful Predator-brand PCs and two soundproof booths for tournament use. Eight teams from the UAAP member schools played in a double-elimination bracket over two days, and when all was said and done, the University of Santo Tomas took the trophy and $1,000 first-place prize.

Comparatively speaking, the first-place prize is exactly half that of the amount given to the winners of the most recent edition of the popular local pro Dota tournament, the Mineski Pro Gaming League—which isn’t bad at all for a team made up entirely of amateur players.

The event was a success, Sabine said. It received widespread mainstream media coverage, and the organization got positive feedback from its partners. “They were all very happy with the event,” Sabine said. “We were told that what we were doing for college esports was inspiring.”

Impetus was an unofficial event not included in the list of UAAP tournaments, but Sabine and the rest of the organization hope that, in the future, it will be seen alongside basketball, volleyball, and baseball.

“It all depends right now on what the organization decides to do and what direction we want to take after the success of Impetus, but proposing it to the UAAP is definitely a possibility,” Sabine said.

The foundation for the adoption of esports as an official component of the UAAP has been laid out by UPGG. Through a simple mix of Filipino school pride, gaming culture, and the burgeoning local industry, the college esports revolution is primed to begin—and it’s arguably just a matter of time.