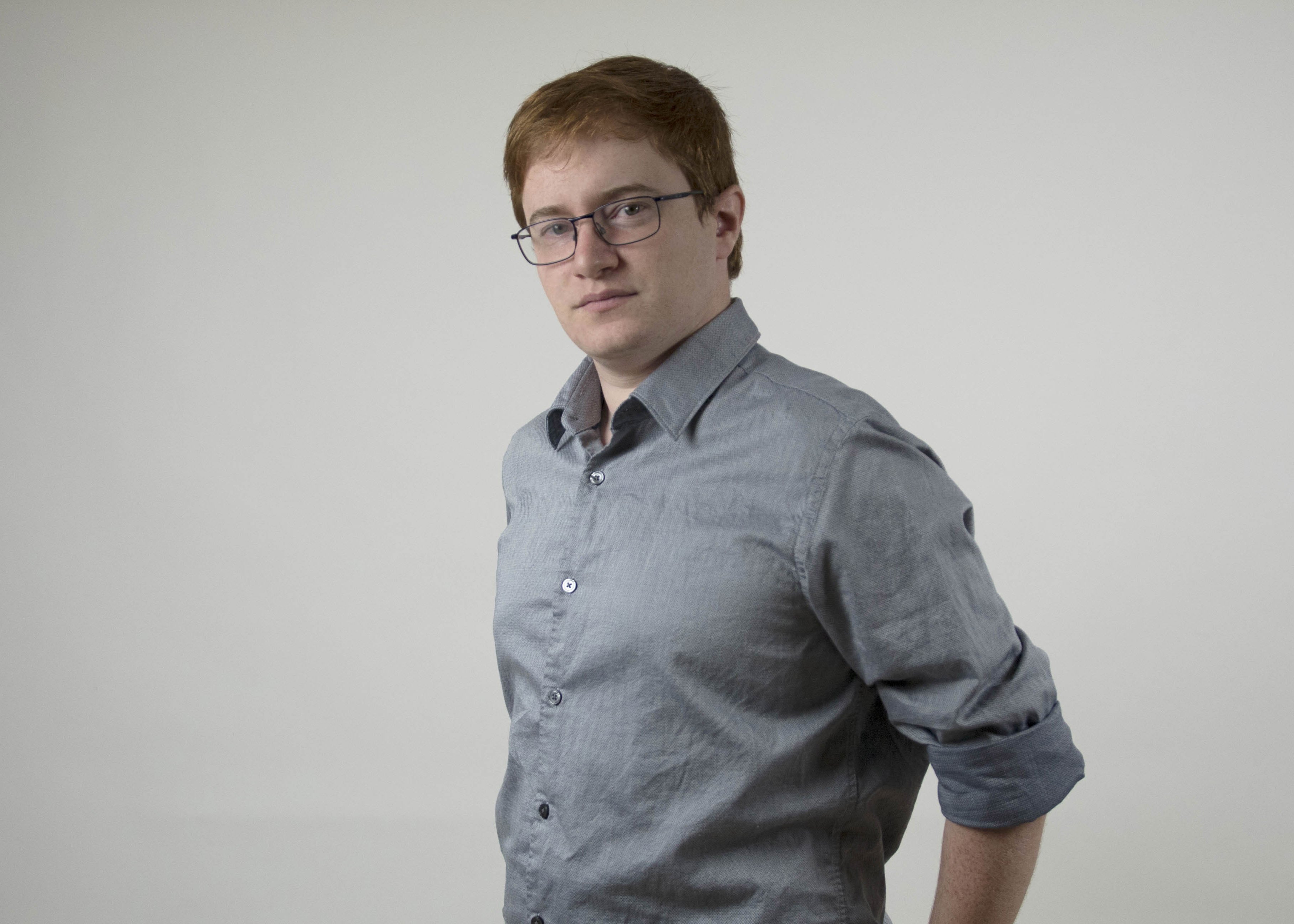 Going forward, the majors will be replaced by a series of ongoing collaborations between the company and third party tournament organizers. Valve will now award “Major” or “Minor” status to qualifying tournaments beginning in 2018, and teams will accrue points across the year that will determine invites for The International.

For the most part, the shift has been hailed by the Dota 2 community as a significant step forward, addressing many of the issues, like the decline of third-party tournaments and the warping effect of the Majors, that have contributed to the instability of Dota 2’s professional scene.

To get a better sense of what these changes might mean for organizations interested in Dota 2, Dot Esports spoke with Noah Whinston, CEO of Immortals, one of the most successful teams in a new generation of venture-capital backed esports organizations. Though Immortals has never signed a Dota 2 team, it’s an open secret that they’re interested in doing so under the right circumstances.

To that end, Whinston offers a useful perspective on how the new Dota 2 ecosystem does – and doesn’t – encourage new teams to become involved.

Let’s start with the broad strokes: all things considered, I’m guessing that you and Immortals see the changes Valve is making to Dota 2 as a net positive.

Yes, absolutely. To be fair, though, it’s only going to be as good as its implementation, so we need to see how things actually go with implementing this new system before we can see how good or bad its impact on the game will be. But I think it’s a step in the right direction.

Looking over the changes, my short read is that this is a little friendlier to tournaments and players than it is to team organizations themselves.

I would say that, as it’s currently planned, it’s a little more neutral to the teams themselves. Like I said, for teams, it’s going to be about implementation. Anything that helps grow the game and increase viewership and increase fan engagement on a consistent basis is good for teams, players, and the publisher. If the new system accomplishes that, then it will be good for teams.

So what are some ways that it could be implemented poorly?

Well, consider this. I really like Counter-Strike as a game, and I think that the CS ecosystem is much closer to this model that Valve is going to be using for Dota 2. And while I think the ecosystem is great, there are still significant issues with it, issues I would like to see corrected. The current CS ecosystem provides good engagement across a calendar year, which is something that Dota 2 has struggled with.

From my perspective, a lot is going to be determined by two questions. One, does this change by Valve only impact individual tournaments throughout the year, or will it allow the opportunity for tournaments to build out consistent, year-round leagues? Two, how many of these tournaments will be designated majors or minors, and how will that impact total prize pools, viewership, and sustainability. Importantly, I’m especially concerned about sustainability for pro teams on the lower end of the competitive spectrum. How do we make sure that pro teams that aren’t OG or EG earn enough prize money to be sustainable so that they don’t have to, like, hold down a second job?

That’s something we’ve talked about before – how precarious it can be for tier two players in Dota 2 compared to other top esports. Even if indirectly, how do you see these changes affecting their well-being?

Two ways. The problem with the existing ecosystem was mostly that it was feast or famine. You had three or four tournaments a year that paid significant prize money (~$3 million and up), and if you didn’t perform well at those tournaments or didn’t qualify, then you weren’t going to earn much money. I would hope that this new system allows for a smoother consistency curve. If there’s more tournaments, then variance will be less. So even if the prize pool per tournament ends up being smaller, at least you’ll have less variance in performance over the course of a year, which means that you’ll have a more secure livelihood than under the current model.

The second reason is that it provides more consistent engagement across the year-long calendar. I’d say it opens up opportunities for third-party organizers to do cool things. I think there’s a lot of narrative that needs to be built out in Dota 2. I think Counter-Strike also does a poor job at that, mostly because there isn’t a seminal event over the course of a year that things build up to, and so there isn’t a narrative that gets built up over time. The existence of The International, of course, helps with that, but giving third party organizers an incentive to help build consistent narratives across a year of Dota 2, as well as building tournaments with consistent formats that viewers find enjoyable and creating new content properties that people find engaging—I think that’s a really good opportunity.

I also hope it’s not just something that’s open to tournament organizers. If we decide to get involved in Dota 2, I think I could absolutely see us thinking about how we also run an event that really elevates or benefits the Dota 2 community. How do we create something that our players would like to see, or we should like to see as a team, that doesn’t exist right now?

Two questions coming out of that. One, something else we’ve talked about is the comparative lack of shoulder content in Dota 2 compared to other major esports. Where does that fit in, if at all, with the new ecosystem?

I don’t think that this ecosystem addresses that issue by itself. I think that’s more of a culture shift, or a mentality shift that will be done in other ways. Very explicitly, I do think it helps with the roster instability issues because of the roster lock period, which I like quite a bit.

Second question: you mentioned that Immortals might want to be involved tournament side. One concern there is obviously conflicts of interest. If you’re a company with a stake in both tournaments and teams, then hosting large tournaments and inviting your team can quite literally buy influence in the scene for your teams (say, ESForce and Na`Vi).

So, yeah. There is some conflict of interest there. But there are already ways to buy influence, say, by offering participation fees and stipends, which plenty of third party organizers already do. I don’t think that’s a problem, especially because you have that regulating force of Valve there to make sure that there isn’t a biased tournament qualification system, or something that would too heavily advantage one set of teams over another. So because there’s that moderating force of the publisher in play, I’m much more comfortable with it all. Conflicts of interest are always going to exist. Is that ideal? No. Are there ways to make it better? Probably. Is it a good start? I think so.

Would you say that the new system provides an easier point of entry for organizations that want to get involved in Dota 2?

I don’t know if it provides an easier point of entry, exactly, but it might provide a more attractive one. I don’t think it’s any easier to pick up a Dota 2 team today than it was yesterday, but I do think that it provides a greater incentive to be involved. We’re big fans of the chance, and we’re looking, potentially, to find new ways to get involved still, just as we were previously. We’ll have to see if any good options pop up for us.

Any Immortals Dota 2 team will be after TI, I assume?

Yeah, we’re not getting a team before then.

And what are some of the barriers that have come down that make the new ecosystem more attractive for teams like Immortals?

Well, it’s really just that it provides more of what an organization needs to succeed: consistent fan engagement. It doesn’t really work if we have two months in the year when fans care about Dota 2, and 10 months where they’re less enthusiastic about it. Also, ideally, things that are more on the time zone of our existing fans is great. So having a greater number of important tournaments, many of which I imagine will be on closer time zones than Manila, is fantastic. Ultimately, it just provides a bit more of a stable structure that extends beyond two majors a year, and The International.

So, from your perspective as a team owner, what do you see as the the major concerns you still have in Dota 2?

The issue with player mentality around content, and I still think the existence of TI can be a kind of warping force. We’ve had some conversations with teams that have been positive, but nothing we’re acting on right away. But we’ve started to identify the players in the scene that we find most amenable to the type of philosophy that we have. I want to stress that I don’t think that player mentality or philosophy are wrong, exactly. Like, some organizations love this only focus on competition approach, and don’t want their players to be creating content and focusing on out-of-game things. That’s not really how we think about it. We think that there are important things that fall under a player’s responsibilities that go above and beyond just trying to win. Ultimately, we’re going to have to do more research to find the players that are the best fit for what we care about.