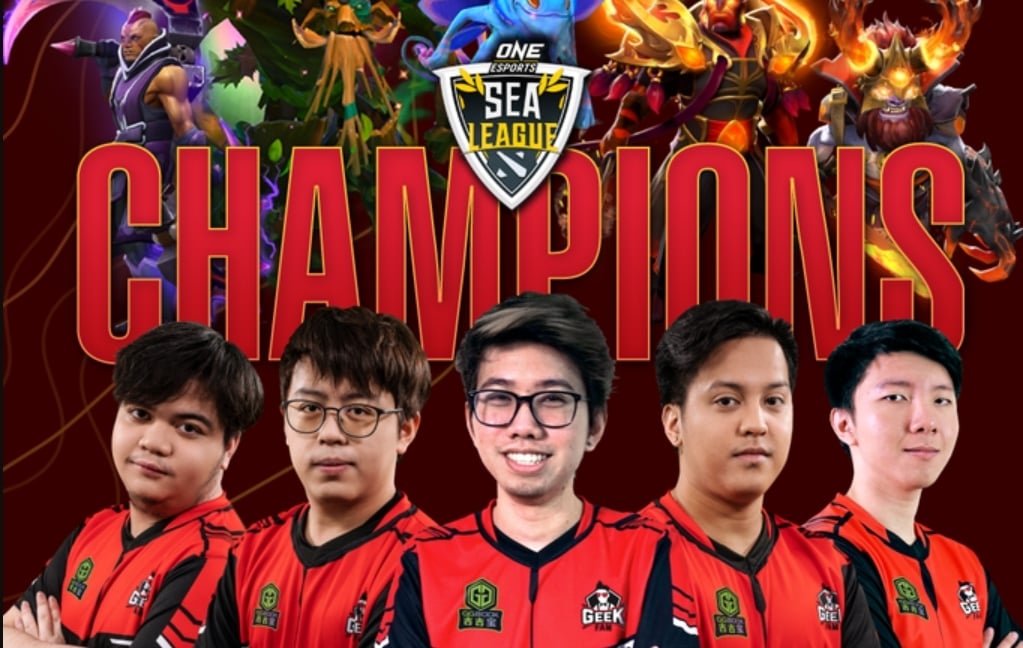 Geek Fam finished a strong lower bracket run with a 3-1 victory over tournament favorite Fnatic to win ONE Esports Dota 2 SEA League, continuing their rise to the top of the Southeast Asian leaderboards.

Not only did Geek Fam take down Fnatic, the top team in the region, but their run to the grand finals included victories over Team Adroit, T1, and TNC Predator, the latter of which knocked them into the losers bracket.

The first three games of the final series were tight, usually coming down to one big swing in the final third of the game to seal the deal, but Geek Fam are used to playing in that environment. Raven had an incredible all-around series, going 12/1/15 in the opening game as his team took the lead as he and Karl really took care of business.

Fnatic nearly secured a 2-1 lead after a dominant swing in game three, but Raven once again led a comeback that took 5k gold lead all the way down to a negative as Geek Fam closed out the match in the final three minutes.

That loss seemingly broke Fnatic’s spirits and Geek Fam walked to a 3-1 victory, taking the series and adding yet another win to their SEA total.

Since adding Matthew “Whitemon” Filemon to the team in January, the team has become a consistent top performer in their region, having not finished outside of the top four in any event they have competed in this year. Three of their last six tournaments have been first-place victories as the team continues to be a top-three team in SEA.