Gambit Esports and Royal Never Give Up secure top seeding at the WePlay! Bukovel Minor 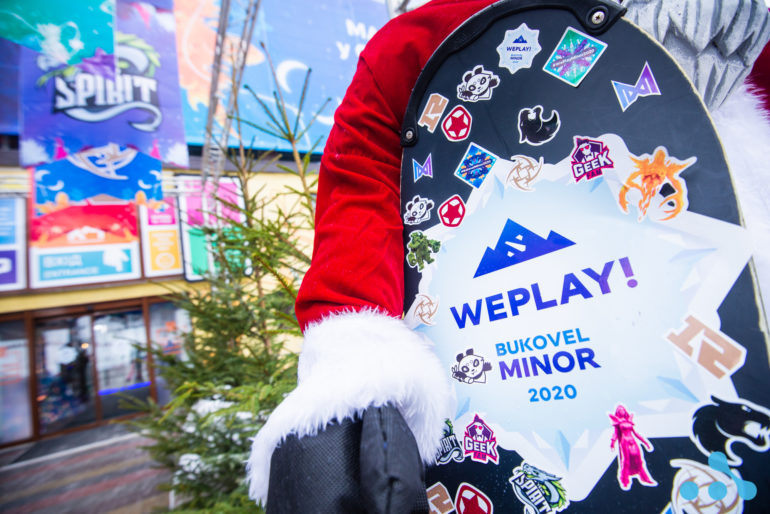 Despite messy performances in the group stage at the WePlay! Bukovel Minor, both Gambit Esports and Royal Never Give Up closed out the stage with strong finishes.

Each team dominated their respective brackets and managed to secure the top seed heading into the playoffs after winning two straight rounds.

For Gambit, they might have gotten a little lucky as Artsiom “fng” Barshak and his team were able to avoid playing Nigma thanks to an upset by Fighting PandaS.

After stomping FURIA Esports in the opening round, Gambit looked a little complacent in the first game against PandaS, and both Jacky “EternaLEnVy” Mao and Kurtis “Aui_2000” Ling took advantage of that.

EE was able to freely farm on Alchemist while Jonathan “Bryle” De Guia and Jingjun “Sneyking” Wu ran interference in the lanes. Gambit had no way to get around PandaS’ defense and ended up getting heavily outplayed in the late game thanks to that early build-up.

But even after losing a close game, Gambit didn’t show any signs of slowing down their approach. The second match was a rebound game for Danil “gpk” Skutin as he went with Lina and was able to take on EE, who was playing Bloodseeker.

PandaS couldn’t stop gpk at all, failing to kill him once throughout the entire game as Gambit had free reign over the map for most of the match.

After cleaning up game two, game three was a lot closer early on, with bryle building up a threatening Storm Spirit that could have really made things difficult in the late game for Gambit. But fng knew what to look for and his team singled out the threat and made sure to prioritize weakening bryle’s farm early.

Things got really messy for PandaS in the late game, especially since Gambit felt like they could do whatever they wanted during fights, including a play where Danial “XSvamp1Re” Alibaev rushed in and used Tiny’s toss to throw bryle into his teammates so they could secure a kill. It didn’t matter that he went down soon after, that set the tone for the last portion.

That was enough to swing the match and would help Gambit secure Group B’s top seed for the upcoming playoffs, while PandaS would go on to lose to Nigma in the decider’s match and be put in the lower bracket.

Meanwhile, RNG had a much easier time than Gambit, going undefeated through their group and never really even letting a match get close during that run. All but one game that Du “Monet” Peng and crew played clocked in at under 25-minutes, which shows why they have the best record in the tournament.

Team Spirit had a squad that looked promising going into the event, but RNG rocked them in two games that didn’t even total an hour before going on and doing the same to Geek Fam in the next round. While both teams did just trade out a player and were working to implement someone knew into their rosters, that doesn’t excuse just how badly RNG beat them.

Geek Fam did cause some issues for the Chinese team in game one, with Marc “Raven” Fausto’s Drow Ranger and Carlo “Kuku” Palad Legion Commander playing well, but Monet and Gao “Setsu” Zhenxiong proved to be too much in the lanes.

Monet’s late-game Lifestealer was unkillable with how much damage Geek Fam was capable of putting out and Kim “DuBu” Doo-young couldn’t stay alive to support his team, which led to bad team fights and a win for RNG.

Game two barely lasted 19 minutes as Monet backed up Setsu’s Puck and the two ran over anything Geek Fam through at them. They are now locked in as the top seed for the entire event but have a tough first-round matchup with Kuro “KuroKy” Takhasomi and Nigma coming up.

Since this was the last day of the group stage, four teams were eliminated from the event. Spirit and PandaS tied for fifth place and will each go home with $24,000 and 60 Dota Pro Circuit Points, while FURIA and Ninjas in Pyjamas bottomed out and will receive $12,000 and 40 points.

Matches resume for the WePlay! Bukovel Minor when RNG takes on Nigma at 6am CT to see who moves on in the main event’s upper bracket.