Forward Gaming locks in final spot for The International 2019

Forward pushes into TI9 as the second North American representative. 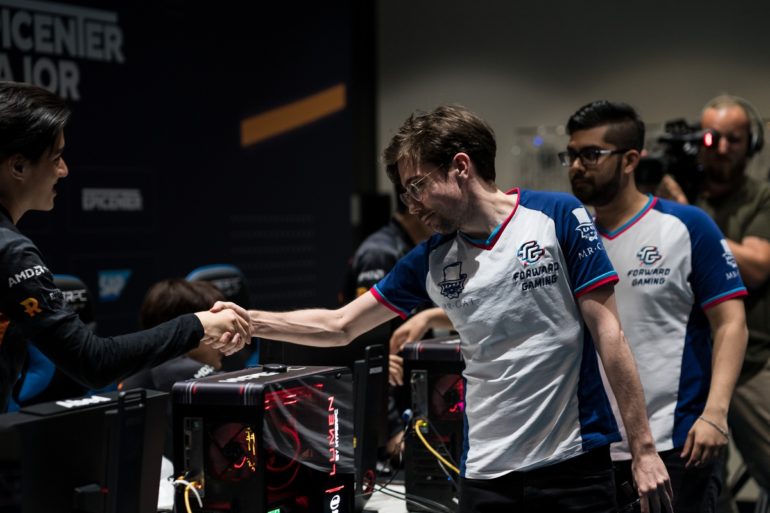 For most of the 2018-19 Dota Pro Circuit season, Forward Gaming has floated around the second place in North America. But with a dominant performance at the NA regional qualifiers for The International 2019, they have officially solidified their position.

The roster, a mixture of NA veterans and international talent, put together an almost perfect run through the tournament. With their final victory, they claimed the 18th and final spot at TI9.

Led by Dota 2 journeyman Johan “pieliedie” Åström, Forward absolutely destroyed most of their NA competitors. Only Complexity Gaming and J Storm provided much of a challenge for Forward at this crucial event. Both Complexity and J Storm had been battling for NA’s second spot with Forward all season.

After last season, OpTic Gaming and VGJ Storm disbanded their respective Dota 2 rosters, leaving the players to form new teams or join other organizations. While OpTic’s former captain Peter “ppd” Dager jump to Ninjas in Pyjamas was likely the most notable change, a handful of VGJ players ultimately signed with Forward.

In the group stage, Forward finished with a perfect 7-0 record, which locked in the top seed for playoffs. Vega Squadron was the only other team in all of the regional qualifiers with a perfect run in groups, but they didn’t have any success once they reached the next stage.

Unlike Vega, Forward didn’t slow down at all. They quickly dispatched of the Kookaburra stack in the first round. From there, they took on beastcoast, a team that had shown a lot of promise in recent months.

Unfortunately for beastcoast, Forward has been a consistent problem for them and that problem persisted in the qualifier. Forward swept beastcoast within an hour before matching up with J Storm in the finals.

Despite entering the match with an 11-0 record, Forward’s was unceremoniously broken. This was the first time in the playoffs a team actually held their own against Forward, so it’s possible Forward simply wasn’t ready for the pressure J Storm supplied in game one. But, much to the chagrin of J Storm fans, it was all Forward from there on.

J Storm barely got on the board in any of the following three games, posting just 14 kills in comparison to Forward, who put up a combined 113 kills. Each game got gradually more dominant with the final game being a 48-6 rout, in which Arif “MSS” Anwar completely outplayed Clinton “Fear” Loomis.

That win locked Forward in as the final team to go to Shanghai in August for TI9. They join Chaos Esports Club, Infamous, Mineski, Natus Vincere, and Royal Never Give up as the regional champions.