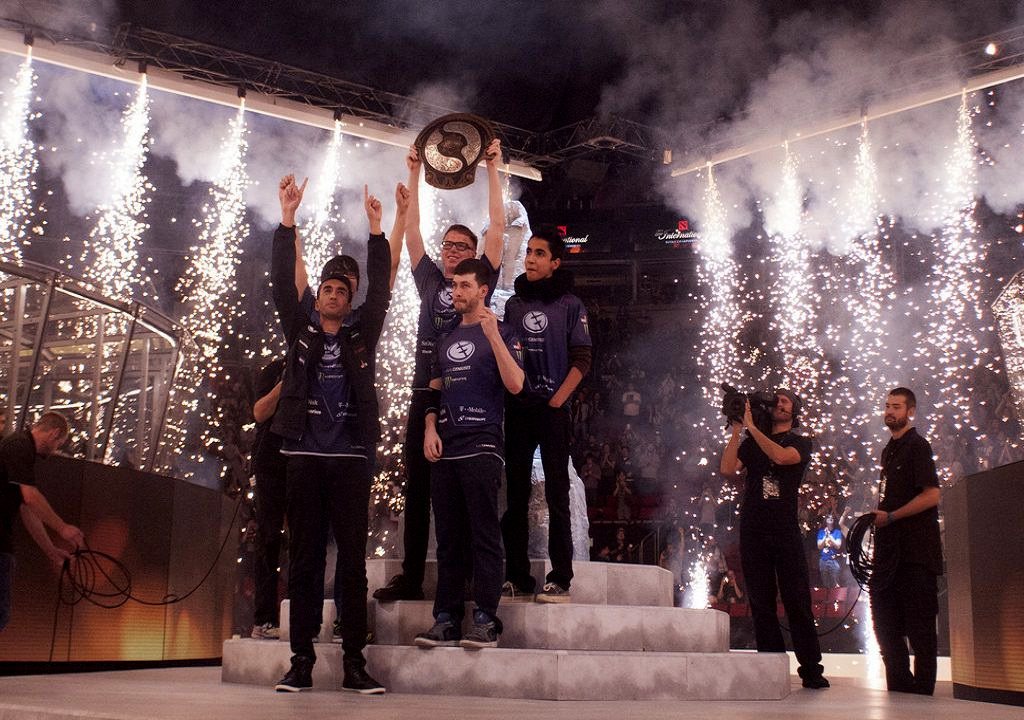 One of the most decorated veterans of professional Dota 2 is officially coming out of retirement. Clinton “Fear” Loomis, grand champion of The International 5 and a serious contender for the title of greatest player of all time, will be stepping down as coach of Evil Geniuses’ Dota 2 division in order to return to active duty.

Following the announcement of Ludwig “zai” Wåhlberg’s departure from EG, the Dota community was left guessing who would replace him in the utility support slot. Given that Fear was one half of the coaching staff for EG at TI7 (the other was Avery “SVG” Silverman) it seemed natural that he would rejoin the team as the hard support and give the empty seat to someone else.

True enough, Andreas Franck “Cr1t-” Nielsen will be sliding over to fill zai’s absence. He will also be relinquishing the title of captain to Fear, who will be drafting for the team henceforth.

Fear is known as an extremely versatile player, comparable to legendary Chinese player Zhang “LaNm” Zhicheng in terms of the size of their hero pools and how many different roles they’ve both played throughout their careers. His consistency has also earned him a spot amongst the greats, punctuated by the longevity of his tenure as a pro Dota player.

He was a key piece in EG’s championship-winning TI5 run, where he displayed the same versatility and consistency he is so famous for. For him, TI5 was the culmination of many long years of grinding it out at the highest level of play—a story featured in the Valve-produced documentary Free to Play.

EG will retain every other player in the TI7 lineup. Artour “Arteezy” Babaev will remain as the hard carry, with Syed “Sumail” Hassan and Saahil “UNiVeRsE” Arora as the midlaner and offlaner, respectively.

As for zai and Peter “Ppd” Dager, who stepped down as CEO and left EG with zai himself, this news practically confirms that they are both looking to play together in the same team. A Redditor calling himself “lgdamefan,” who posted five “roster leaks” after TI7, claimed that zai and Ppd will be playing in a new stack with Per Anders Olsson “Pajkatt” Lille, Quinn “CC&C” Callahan, and Rasmus “MiSeRy” Filipsen.

That anonymous commenter has, so far, been correct on two out of the five lineups. And while it’s not clear if Ppd and zai’s new team is real, it seems, either way, like the competition in North America is about to heat up quickly.