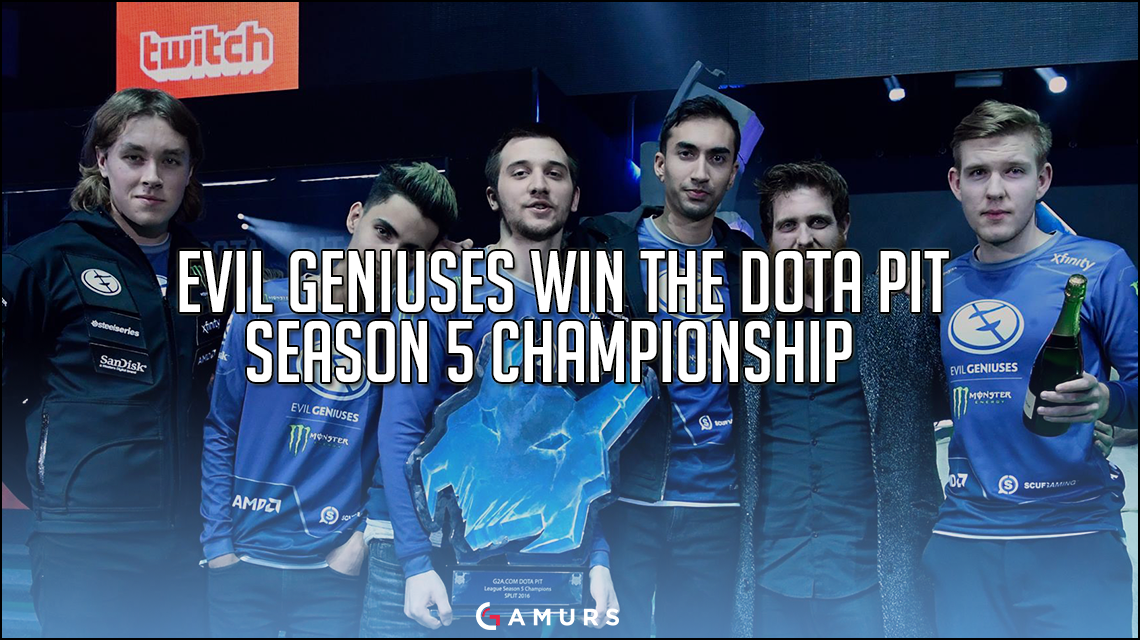 Evil Geniuses has managed to win their first title for 2017 at Dota Pit Season 5, where they managed to beat OG and also walk away with the lion’s share of approximately $63,000.

This also marks the second time they have been  crowned the champions, as they first did in season three when they won 3-0 over Cloud9. Apart from that, they were also the runners-up in season four, only losing to MVP Phoenix 3-0 in the grand finals. With these in mind, we can safely say that EG is the most successful team in the league’s history.

EG managed to defeat OG twice, both in the winners finals 2-0, and after a while in the grand finals, with a closer 3-2 to claim the championship. With this win, EG also avenged their loss at the Boston Major, where OG knocked them out of the tour, eventually winning it as well.

Did you watch Dota Pit Season 5? Did you enjoy the tournament? Let us know in the comments below or on Twitter at @GAMURScom.