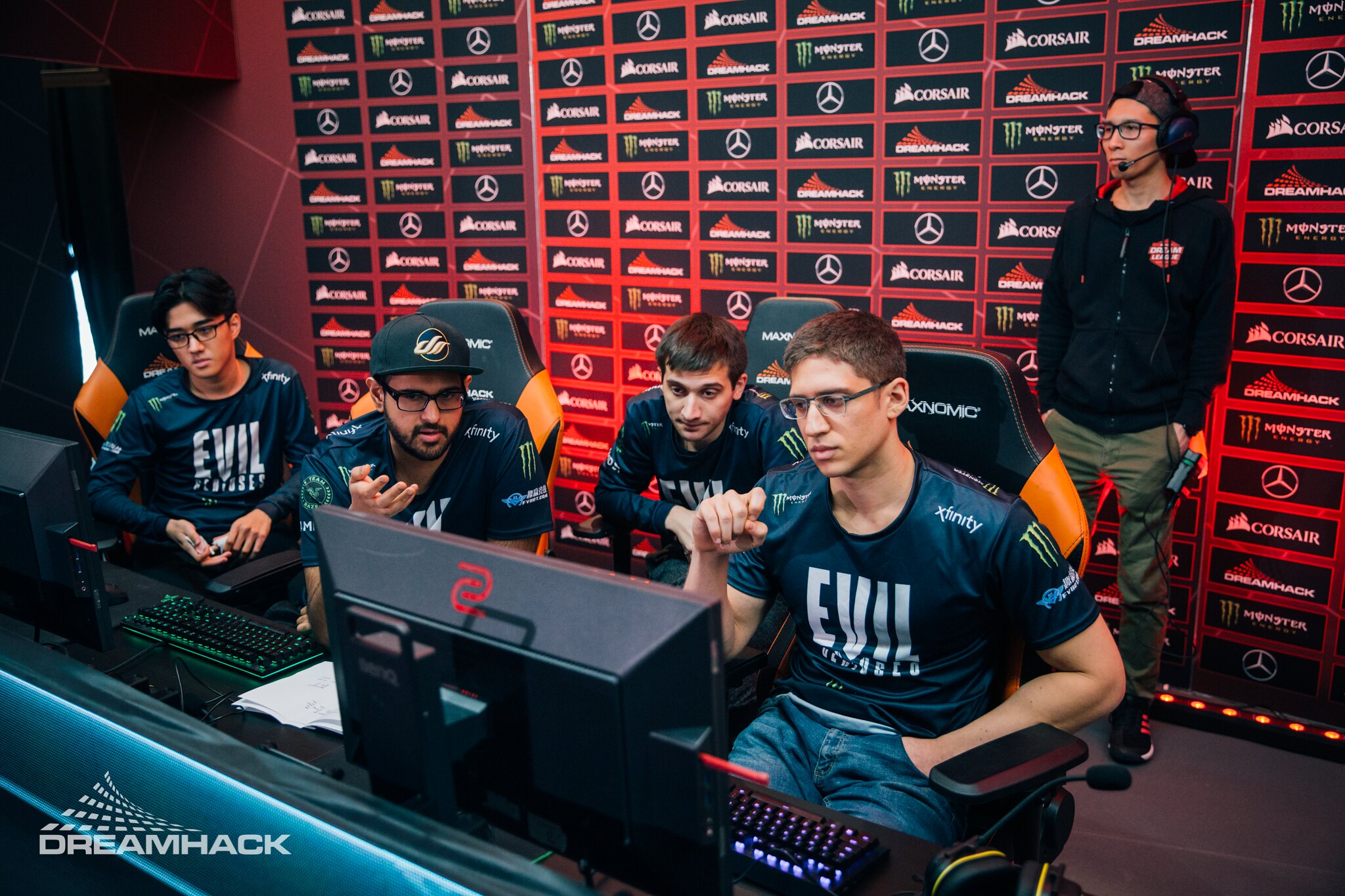 The dawn of the ONE Esports Singapore Major’s final day came and went, with Team Secret surviving an encounter with Neon Esports just to get swept by Invictus Gaming.

And where one Chinese Dota 2 team succeeded, another one fell. Evil Geniuses took down PSG.LGD today 2-1 to secure a spot in the grand finals.

EG decimated LGD in game one, with Abed’s Puck securing seven kills in just nine minutes and Arteezy jumping on a non-meta Razor pick as the final NA team took the opening game. This was the third straight series EG took the first game in, with the previous two ending with sweeps against Fnatic and IG.

LDG didn’t let that streak continue, picking up a Phantom Assassin for Ame and pairing it with Zhao “XinQ” Zixing Pangolier to battle back, turn the late-game tide, and even up the series despite Arteezy and Abed having strong games on Alchemist and Void Spirit.

The deciding game was also a stomp, with EG slowly building up a lead and countering LGD’s decision to run things back with Ame’s Phantom Assassin. The win came on the back of Abed’s signature Storm Spirit, Arteezy’s Bloodseeker, and the excellent play of each individual player.

Secret weren’t as lucky with their matchup. IG played smartly and waited for the perfect moment to end both games.

That was especially true in game two, where Secret led for almost the entire game, just to fall in the final minutes to a strong core led by flyfly’s Phantom Lancer, which went 11-2-9 and was only rivaled by Nisha’s Monkey King for damage output on Secret’s side.

With that loss, Secret exit the Major in fourth place and take home $50,000, 350 Dota Pro Circuit points. They were the only European team to make it past the first round of the playoffs.

IG and LGD will face off in the lower bracket finals to see which Chinese team will have a rematch with EG and one last chance to take the Singapore Major title.