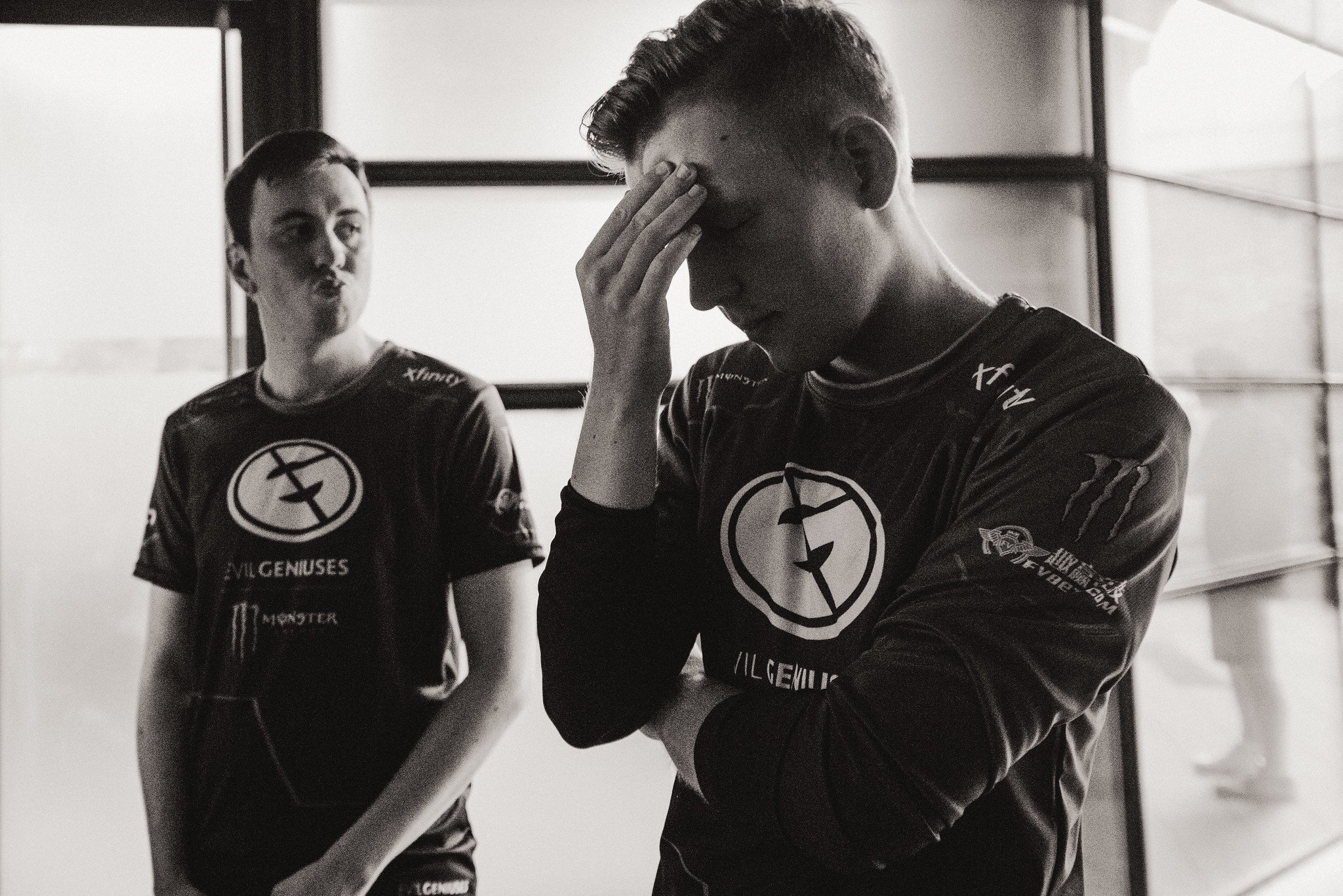 Evil Geniuses made massive changes to its core Dota 2 roster today, shuffling both Syed “SumaiL” Hassan and Gustav “s4” Magnusson out to bring in some new faces.

After spending the last two seasons with Fnatic, Abed Yusop is joining EG as the team’s new position two, while Roman “RAMZES666” Kushnarev transfers over from Virtus Pro to play offlane for EG.

S4 is being outright released, while EG is keeping SumaiL under contract as he begins to explore transfer options.

“First, it is prudent to discuss our departures,” EG said. “We are releasing Gustav “s4” Magnusson into free agency, and Sumail “SumaiL” Hassan will remain under contract and be open to transfer talks. Both have earned an incredible amount of respect and appreciation here at EG for their results and the effort they’ve put into the team; they are top-flight talents, and we’re confident that they will find themselves surrounded by capable teammates.”

All of these moves were predicted by a Reddit user barely a week after The International 2019 concluded. The user claimed that EG wasn’t happy with s4’s lackluster play toward the end of the season. It’s also been suggested that inner turmoil between teammates was going to force the organization to choose between kicking either SumaiL or Artour “Arteezy” Babaev.

Another Reddit user who’s correctly predicted multiple roster moves said that SumaiL was going to be switching positions and playing this next season alongside his brother, Yawar “YawaR” Hassan, who’s still under contract with Newbee.

YawaR’s ex-Forward Gaming roster is expected to completely disband and leave Newbee, which would make him free to join another team and clear room for his brother. Those rumored rosters are the newly-cleared Team Liquid, the retooling Chaos Esports Club, or Cloud9.

This is also big news for VP, who let another one of its veteran players walk during the organization’s soft rebuild. VP’s roster now needs to fill both positions one and three, which isn’t going to be easy since a lot of talent is already off the board.

With this move, EG has kept most of its core while moving some important pieces around in hopes of shaking up its playstyle enough to make a significant difference for the upcoming Dota Pro Circuit season. The main goal of this move, outside of trying to stave off stagnate play, was to free up Arteezy to play completely free without the need to share farm with another carry like he had to do with SumaiL.

The first qualifiers for the 2019-2020 season will begin on Oct. 5, so this new EG roster will have to mesh together quickly.