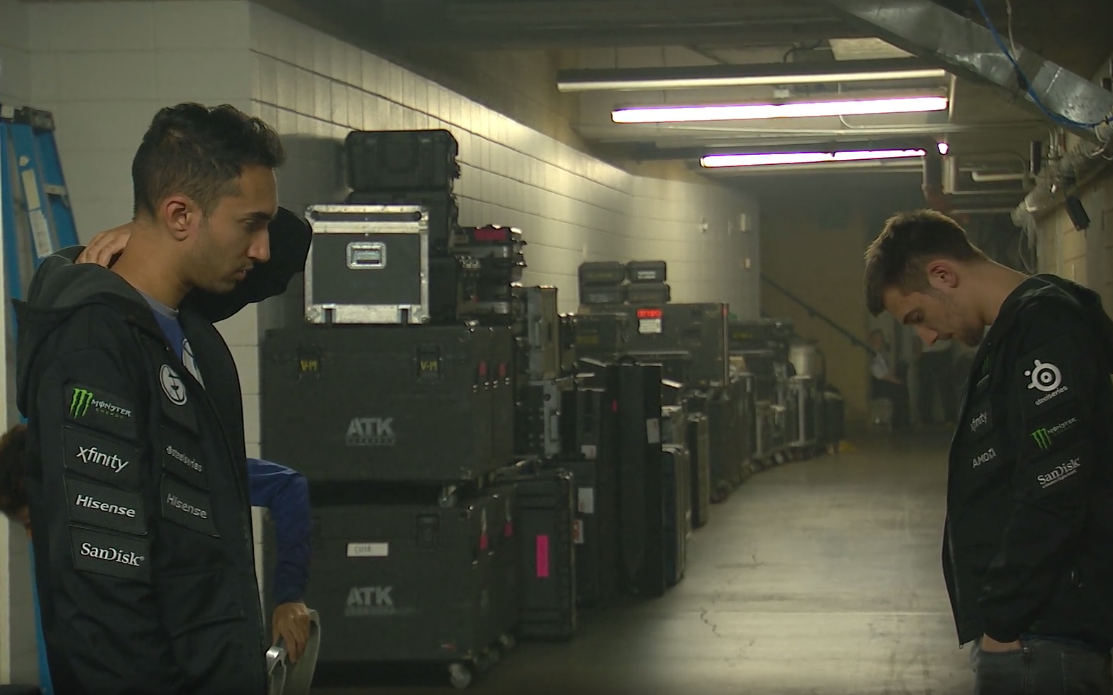 After the second day of playoffs at The International 7, the event saw its biggest upset yet.

A total of four best-of-three series were played across the day. Favorites LGD.Forever Young were able to move past TNC in the first match—but the remaining games yielded far more unexpected results.

The main squad of LGD were defeated in two rapid games by CIS superteam Virtus Pro. The Chinese favorites were overrun by the Virtus Pro’s aggressive playstyle, as the predominantly Russian squad ended both games in less than 30 minutes. Constantly on the attack, LGD seemed unable to answer the early game rotations by Virtus Pro supports Ilya “lil” Ilyuk and Alexei “Solo” Berezin. The pair were quickly able to snowball both games of the series out of control, securing the Russian team a top six finish at the event.

Team Liquid and Team Secret also fought a grueling three-game series against each other. Secret were, despite their underdog status, able to quickly knock Liquid out of the first game. Secret’s legendary captain Clement “Puppey” Ivanov’s super aggressive Spirit Breaker-play shut down Liquid’s safe lane. That set Secret up for a quick and decisive victory.

Although Liquid does have a reputation for crumbling in similar situations, the European tournament favorites answered back in the second game and were also able to pull themselves back in the deciding third game after a poor start. Despite Secret’s best attempts at making a deep run at The International 7, the legendary team’s story at the biggest Dota 2 event in history was over as Liquid keeps their dreams alive.

While the outcomes of the three previous series certainly came with their own share of implications, none of them came close to the final match of the day between Evil Geniuses and underdogs Team Empire. After a mediocre performance in the group stage, and despite playing with a stand-in, Empire brought the North American favorites down in two straight games.

In two marathon-length games, Empire were able to eek out two extremely close victories against Evil Geniuses, with stand-in Roman “Resolut1on” Fominok and Rostislav “fn” Lozovoi catching fire. The two players racked up a total of 57 kills between them—more than Evil Geniuses were able to achieve throughout the overall series. As unexpected as the result was, the success of Empire is in itself now one of the major storylines of The International 7. They have gone far beyond any of the expectations placed on them prior to the event.

The same could also be said for Evil Geniuses. Few could probably have imagined that the most popular and enduring name in all of North American Dota 2 history would have their time at The International 7 cut so abruptly short.