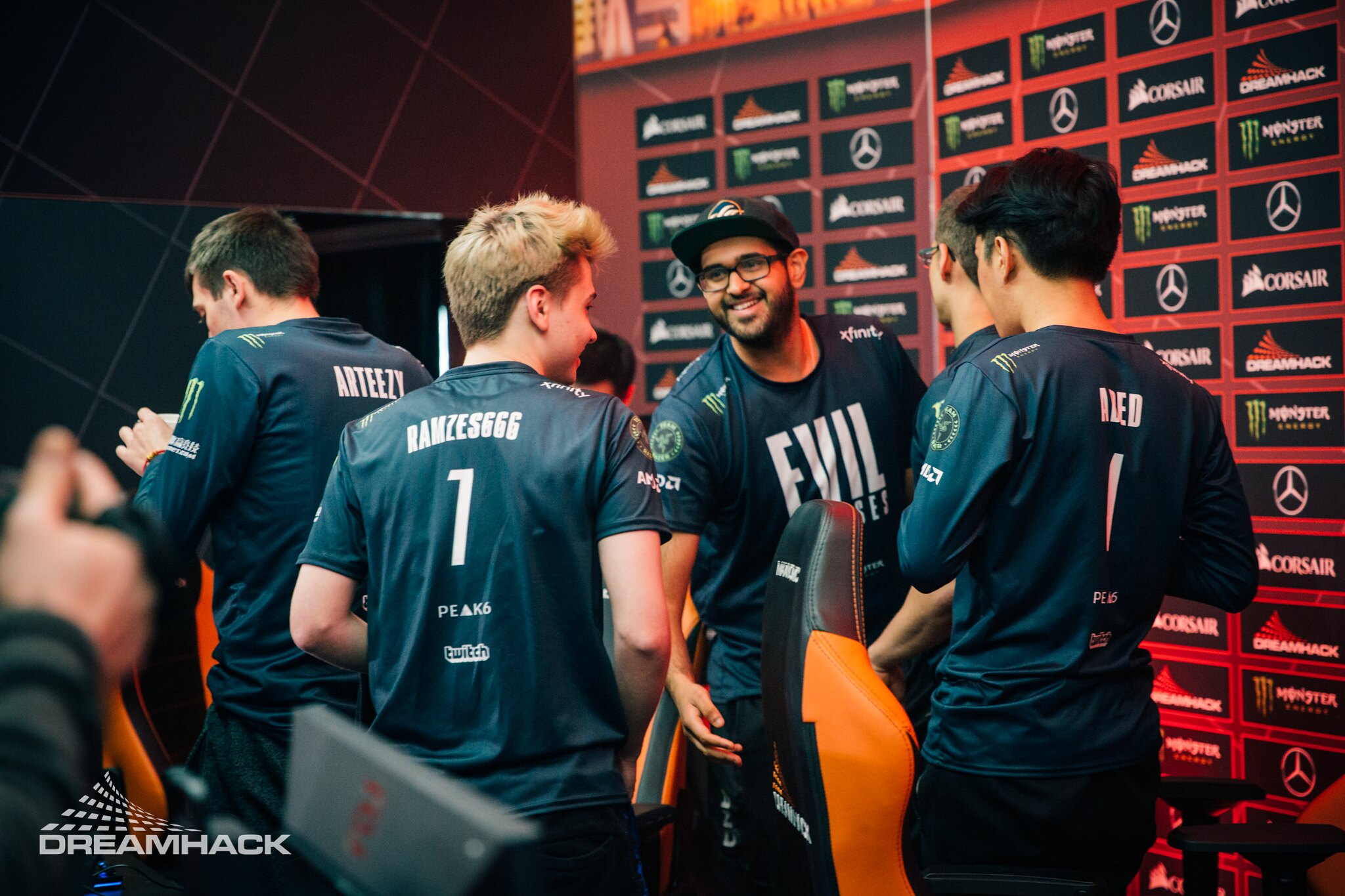 If you let Abed ”Abed” Yusop do whatever he wants with no solid check during a game of Dota 2, you probably aren’t going to end up in a good position when his teammates get going too, which is exactly why Alliance were eliminated from the DreamLeague Season 13 Major.

Evil Geniuses crushed Alliance in both games played in the fifth round of the tournament’s lower bracket today. The North American team will now move on to the top three to face Vici Gaming for a shot at the grand finals.

Alliance held a slight lead at the start of game one, but EG quickly closed that gap and jumped ahead despite failed to overtake the European squad in kills. That was mostly due to Abed, Artour “Arteezy” Babaev, and Roman “RAMZES666” Kushnarev, who all had successful farms that left them beefier than everyone but Nikolay “Nikobaby” Nikolov.

RAMZES666 had an outstanding Timbersaw game, diving towers and dealing massive damage early in the match when he was facing multiple enemies in his lane. Likewise, Abed had a strong performance on Templar Assassin, helping set the stage for Arteezy’s Drow Ranger to clean up the game late.

There were some serious missteps by EG in the middle of the game, but Alliance could never capitalize on them. By the 30-minute mark, the game was well in the North American’s hands.

Arteezy freely jumped into the backline and secured a late triple kill while RAMZES666 tanked hits from the tier three towers to take the heat off of his team. Buybacks couldn’t save Alliance; they had no way to safely engage the built-up Timbersaw without dying to either the Drow Ranger or TA, which meant the game was already over.

Game three was much more open at the start, with Alliance actually doing well in lanes thanks to a few early kills on RAMZES666—but that didn’t last long. Abed quickly showed that this was going to be a better game than the last one on TA, and he started carrying his team to a massive advantage in teamfights.

With the TA rolling early and Arteezy safely able to back Abed up on his Faceless Void, Alliance didn’t have much to go on once Andreas “Cr1t-” Nielsen added his Tiny to the fray.

The game spiraled out of control for Alliance after they failed to stop Abed from securing a Roshan kill and grabbing an Aegis, which made him unkillable for most of their team at that point. That attempt resulted in double kills for both RAMZES666 and Abed.

Alliance never recovered. EG had them on their back heels and pushed the high ground right after winning that big team fight.

After regrouping in their base, Alliance decided to jump in on Arteezy to prevent a potential game-ending Chronosphere. But even with a good engagement, the EG player survived and caught three Alliance members out.

The EU squad failed to kill another one of EG’s players for the remainder of the match. Abed went Godlike in the final fight as EG secured a top three finish at the event. They will play Vici at 3:30am CT on Jan. 26 to see who will face Team Secret in the grand finals.