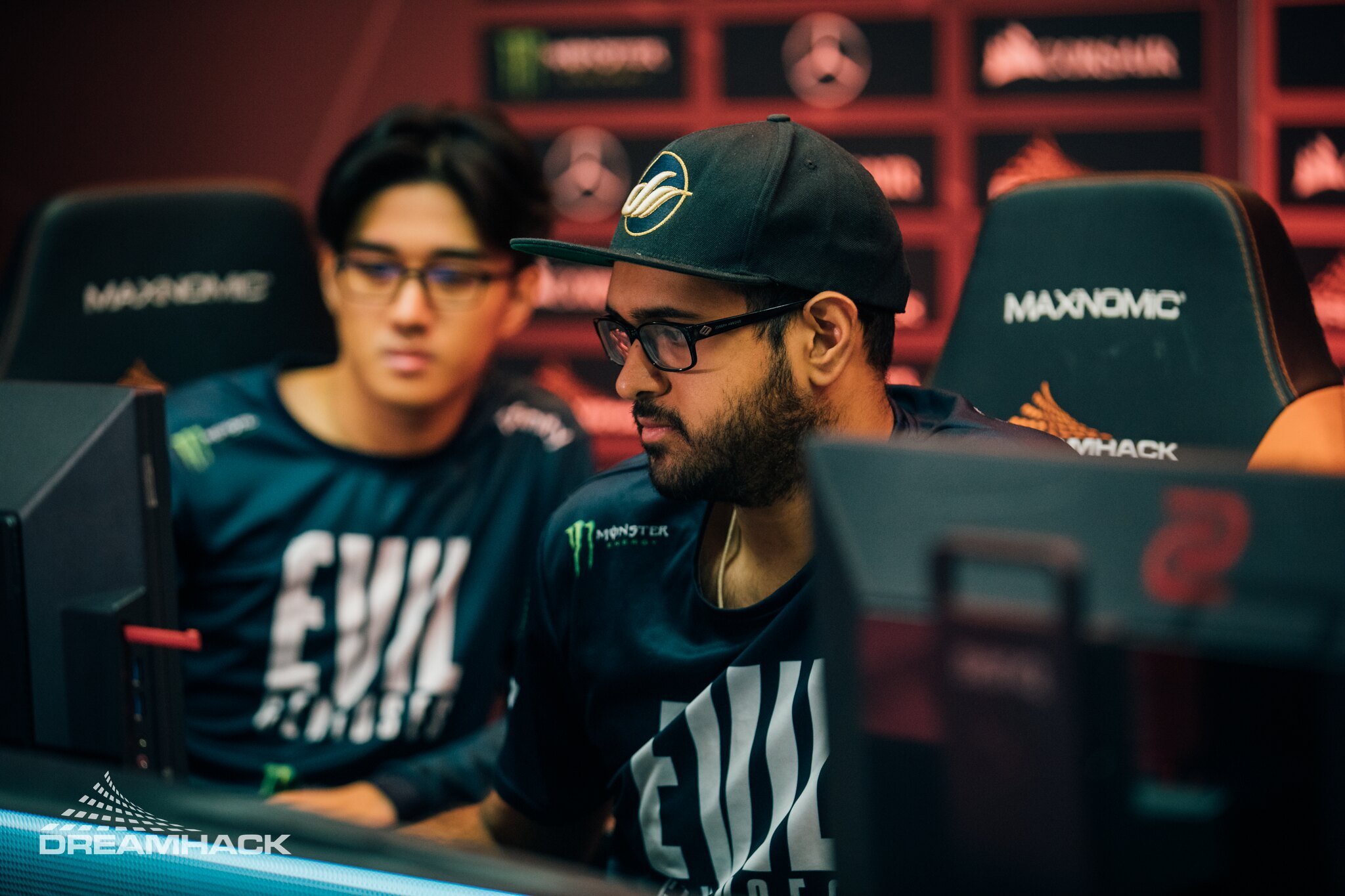 Evil Geniuses ran through the North American bracket at WeSave! Charity Play after defeating CR4ZY in a relatively clean 3-1 victory.

It took Aui_2000 and his team two games to warm up and get a feel for how EG was playing, which was more than enough time for Tal “Fly” Aizik to stabilize his team and close out the series, even with two stand-ins.

With former player and longtime EG coach BuLba joining the roster alongside former Geek Fam midlaner Eric “Ryoya” Dong for the charity tournament, EG was looking as vulnerable as they ever have been. But instead of taking some lumps at the start, they came out and competed with business associates, winning the opening series against what is likely the second-best NA roster right now.

In comparison, CR4ZY was a slightly easier task, especially since EG is very comfortable operating in a best-of-five situation.

Game one was barely even a contest as Arteezy crushed CR4ZY with his Alchemist, melting heroes and going 10/0/7 to pair with Ryoya’s Void Spirit, which added another eight kills to the total. Even with Cr1t- dying six times, CR4ZY could not find an opening to take advantage of, falling behind quickly after losing four heroes around 11 minutes in.

CR4ZY couldn’t react properly in game two either. They tried to limit Arteezy’s Wraith King but ended up letting BuLba put in work on Slardar, going 10/1/14 while Arteezy and Ryoya dealt all of the damage. Even though they held a lead for the first 24 minutes, CR4ZY collapsed and died a total of 20 times in the final 12 minutes.

On tournament point, EG tried to run a mix of their previous strategies, putting Arteezy on Wraith King again and Ryoya on Void Spirit, but the synergy of CR4ZY’s draft ended up putting in some serious work.

Every player on the other team provided some key plays, with KheZu playing a perfect Centaur Warrunner, setting up his teammates while avoiding any bad situations that he couldn’t escape from. Oliver “skiter” Lepko and David “MoonMeander” Tan put in work on Spectre and Mirana respectively, while Jonathan “Bryle” De Guia dealt a majority of the team’s damage with his Huskar.

It wasn’t an easy win, but it was a steady climb from the opening minutes until a team wipe sealed the deal just under 30 minutes in as CR4ZY bought themselves a little more time.

And while that time was put to good use, EG was still able to combat the now warmed up roster in a close game that basically came down to Skiter’s top lane Juggernaut and Arteezy’s bottom lane Alchemist.

The early game belonged to CR4ZY, losing only a few heroes per team fight while EG consistently lost three per interaction. However, a four-vs-five battle ended up going EG’s way 22 minutes in, despite losing Fly’s Grimstroke to open it up.

That was the point where the pair of Arteezy and Ryoya, who was playing a third game on Void Spirit, proved to be much for any pairing from CR4ZY that tried to match them. From there, EG continued to lose heroes, but whenever a big fight happened they would prioritize the Juggernaut and win the interaction.

That put skiter behind pace of the Alchemist and led to EG claiming a big team fight to seal the series 3-1. Several players from this series will likely see a little more action during the North America three-on-three All-Star match that is set to happen on March 26, but the players being included have not been named yet.