ESL Clash of Nations will host its Asia finals in Bangkok

Thailand gets the nod for the finals of ESL Clash of Nations Asia. 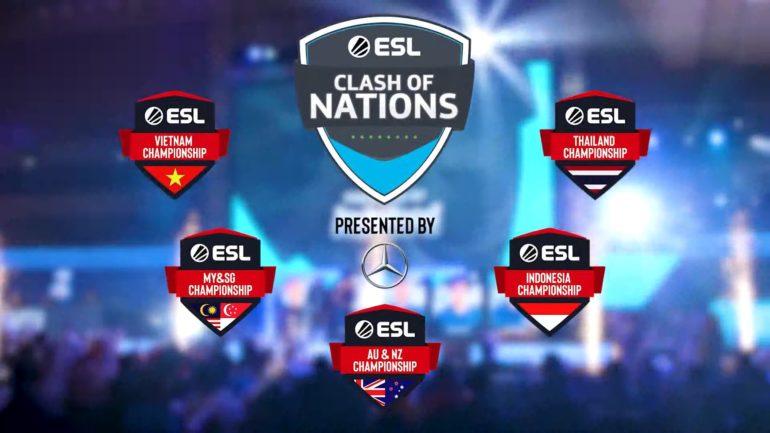 Featured as part of the Thailand Game Show 2019, ESL Bangkok will feature the best teams from the Asia-Pacific (APAC) region as it tries to highlight some of the smaller teams and the region’s talent.

Six teams will compete at the Royal Paragon Hall in Bangkok for a chance at the $50,000 prize pool and the first ESL Clash of Nations Dota 2 trophy in Asia. The representatives for each region will be decided by four regional championships and a pair of play-in tournaments.

The first four reps will be the winners from the ESL Championship Season Two competitions in MYSG, Indonesia, Thailand, and Vietnam. Both of the remaining spots will go to the first and second seed of the as of yet unannounced play-in tournament.

As the event is part of this year’s the Thailand Game Show, fans in attendance can also look around one of the biggest gaming exhibitions in Southeast Asia. All matches will also be broadcast in four different languages, English, Indonesian, Thai, and Vietnamese on each region’s respective ESL One YouTube Channel.