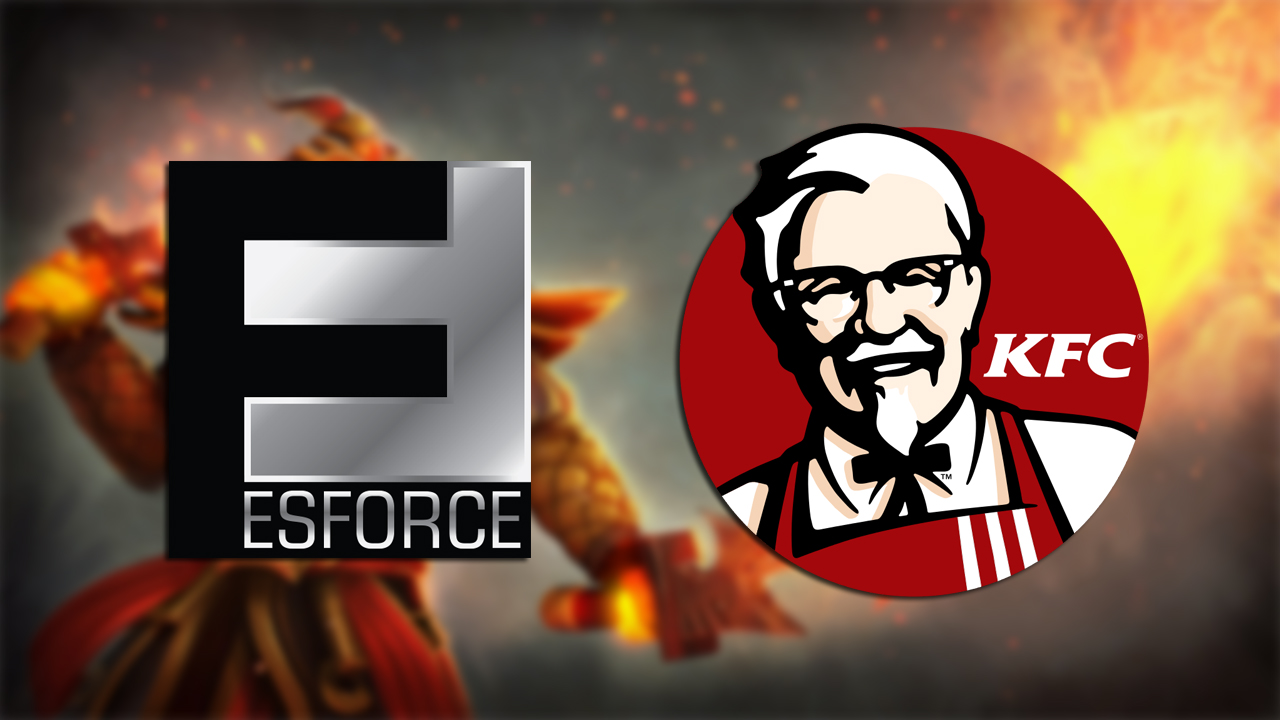 ESforce Holding, owner of news site Cybersport.com, professional teams SK Gaming and Virtus Pro, and more, is partnering up with KFC to create the first esports arm of the KFC Battle.

KFC Battle is a “large-scale sports, cultural, and educational project” targeted at individuals aged 14 and above, held in Russia and the CIS region. The project primarily features sports such as football and street basketball, though it also includes more culturally-inclined disciplines such as blogging and rap. Last year’s iteration saw around 250,000 participants and spectators coming in from Russia and its neighboring countries.

KFC Battle has been running for a few years now, but this will be the first time an esports title will be featured as part of the program. The game in question is Dota 2—one of the most popular esports titles in the region. This year’s KFC Battle will be hosted by a total of 27 cities in Russia and the CIS region, with the most notable ones being Moscow and St. Petersburg.

ESforce made the announcement through an official press release earlier today, saying that the competition will be called the “KFC Esports Championship.” Like all the other KFC Battle activities, the league will be open to players that are at least 14 years old. The league will consist of two online qualifiers, which will take the top four participating teams and place them in the finals (dubbed the “Superfinal”) on July 21 to 22.

The winners will earn a spot in the Dota 2 portion of the 2018 Russian Esports Cup, a yearly esports festival held by the Russian Esports Federation. In addition, the winning team will be given a free trip to Europe.

Russian Dota 2 legend Yaroslav “NS” Kuznetsov will apparently serve as a mentor or coach for players throughout the duration of the league. Casting studio RuHub, also owned by ESforce, will be charged with official coverage and streaming of the KFC Esports Championship.

“Branching into esports is an important step in KFC BATTLE’s development as a project,” said Darya Martynova, project leader of KFC Battle. “We are confident that, with a major holding like ESforce as our partner, we will be able to hold a truly large-scale, professionally organized tournament.”

More details about KFC Battle can be found on its official website.