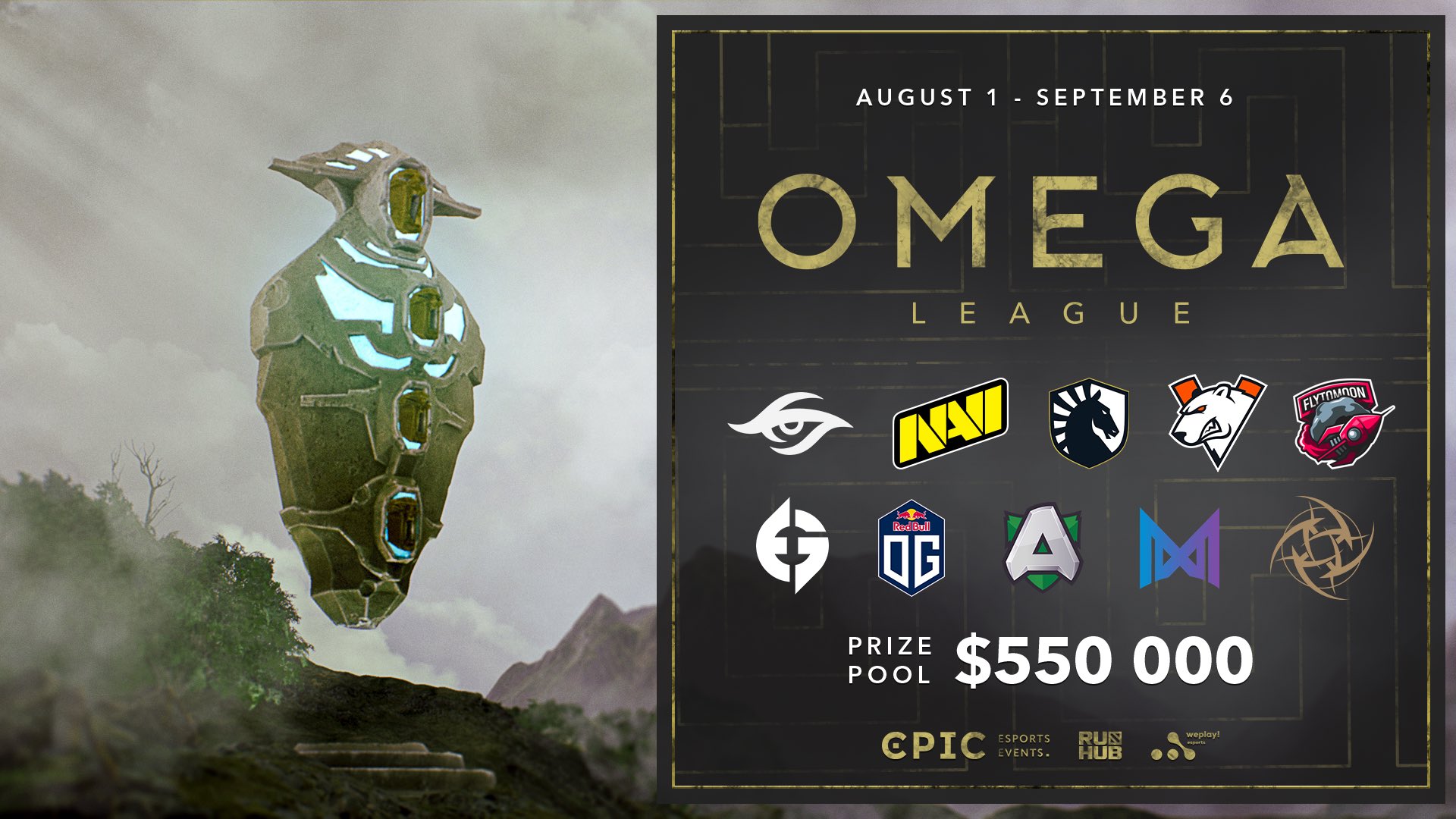 WePlay! Esports and Epic Esports Events are partnering up to host a new $550,000 Dota 2 event called the Omega League, which will begin on Aug. 1, the organizers announced today.

This event will feature both an Americas division and a combined Europe/CIS division. They’ll each have two separate brackets with a total of 42 teams competing in the main event.

This event was also partially created thanks to a combined effort from the tournament organizers and several competing teams. Alliance, Team Liquid, Natus Vincere, Nigma, Ninjas in Pyjamas, OG, Team Secret, and Virtus Pro all pitched in to make this Major-level event possible.

“Omega League is our first large-scale initiative towards a more sustainable Dota 2 scene,” the teams said. “Together we hope to breathe new life into the highest tiers of Dota 2 competition, and we can’t wait to show the world what we’ve been building.”

For EU/CIS teams, the Immortal Division is the headliner event. It’ll feature a $500,000 prize pool in the main bracket alone where 12 teams will compete for the Major’s first title. The lower, Divine Division will still have a $50,000 prize pool and feature an additional 12 teams from EU/CIS.

As of now, 10 spots in the EU Immortal Division have been locked up by a majority of the top teams, while the closed qualifiers for the event contain a lot of familiar faces.

The oddest inclusion here is EG. It appears Fly and his team are preparing to play in the EU region at an online event for a Major instead of playing out of NA.

As for the American brackets, there will be a Divine Division ($31,500) and Ancient Division ($8,500) that will host 10 and eight teams, respectively. No direct invites have been issued with the initial announcement, but more details about the remaining teams and the qualifier breakdown will be revealed soon.

Open qualifiers are set to begin on July 20. Here are all of the regional splits for those events.

Omega League as a whole will run from July 20 to Sept. 6, with the main event beginning on Aug. 1.