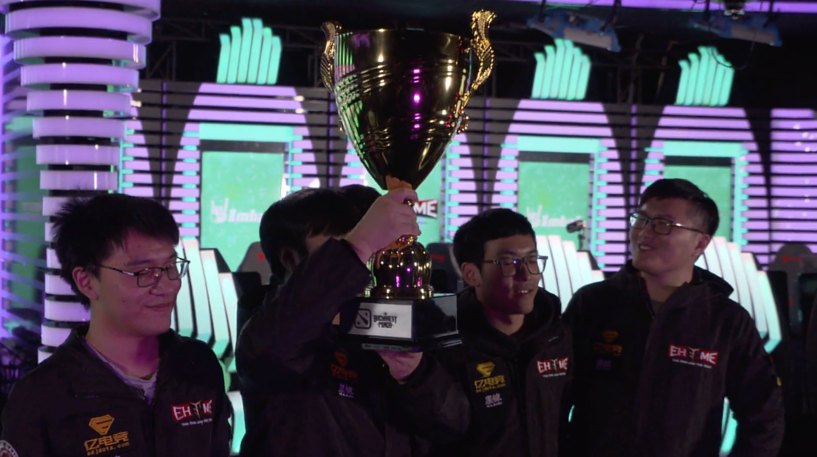 Throughout the second minor of the 2018-19 Dota Pro Circuit, EHOME made things look easy, completely dominating their competition to reach the grand finals with a perfect 8-0 record. But that record was challenged as they faced Gambit Esports for the Bucharest Minor title.

After their loss to EHOME in the upper bracket finals, Gambit had to face Keen Gaming for the chance to redeem the messy series they played. Their win wasn’t easy, especially the 71-minute slugfest that Keen pulled them into for game two. But with a final K/D of 48-39, Gambit walked away with the 2-0 victory.

That set up the rematch between the two top teams at the event, and as a shock, fan voting before the match leaned heavily in Gambit’s favor as the eventual tournament victors. But that underdog story was almost instantly buried as EHOME came out and powered through game one.

Gambit continued to show that they could hang with the Chinese powerhouse, but even after scaling back their offensive approach based on what they learned in their last meeting, EHOME still tore them apart whenever the opportunity arose.

After falling behind 1-0 in a rather lopsided game, most expected Gambit to keep the same strategy going until the bitter end. But they made some quick adjustments and completely caught EHOME by surprise in game two.

It wasn’t a dominant showing by any means, but with a 31-21 K/D and a superb zoning performance, Gambit finally put a dent in the unbeaten armor of EHOME.

With the series tied at 1-1, viewers were on the edge of their seats to see what could possibly happen in the next exciting round. And while it was exciting, Gambit fell back into old habits while EHOME used their knowledge of the matchup to implement a few bolder strategies.

With a 2-1 lead heading into game four, EHOME had the matchup nailed and allowed Gambit’s aggressive play to take them out of the event entirely. The final match lasted just 28 minutes as EHOME dominated their opponents one last time.

As the winners of The Bucharest Minor, EHOME also claimed the final spot in The Chongqing Major, the second Major event of this DPC season. That takes place from Jan. 19 to 27 and will feature 16 teams battling for their share of $1 million and 15,000 DPC points prize pool.