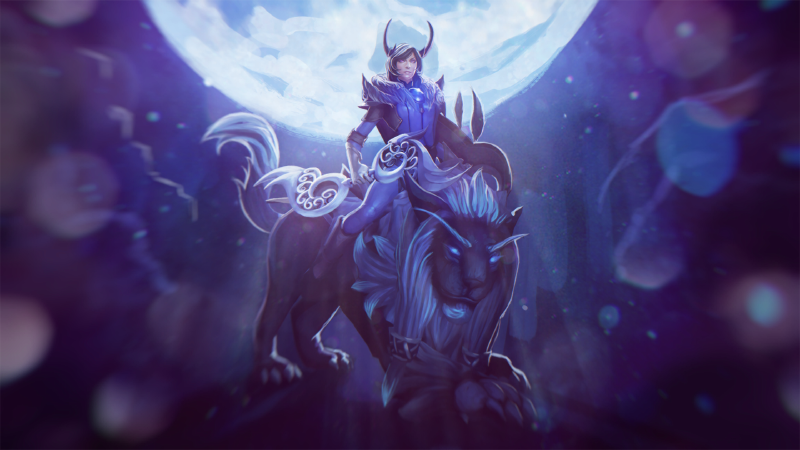 Dota Underlords is an autobattler with a shared unit pool, which means the units players see in the shop are shared across all players. This implies that the chances of seeing a copy of a certain unit go down when someone in the match buys it.

You might see the effects of this whenever an Underlords update makes a certain unit or Alliance too strong. Most players in your match will try to build their boards around these pieces, which means their availability in the shop will rapidly decrease. That’s what happened after the latest Knights buff, for instance.

Understanding how many units are available every match and how the shared hero pool works in Underlords is key to developing your strategy and winning. Here’s our guide of the most important statistics of the game’s shared hero pool.

Number of units available every match

Valve developers have confirmed that the number of units available in an Underlords match depends on their rarity. Tier one units are much more common than tier five units.

Here’s their distribution and how that can affect your matches.

So in any Underlords match, players share 45 copies of each unique tier one unit, and at most 10 copies of each tier five unit. That affects how many three-star units of each rarity can be made in a single match across all boards.

Heroes are never removed from or added to an Underlords pool, since they just move around players’ rosters and the units shop. For example, if a player sells a two-star unit, it goes back to the pool as three one-star units of that same hero. The same is true for three-star units, which go back as nine one-star copies.

Units from players who have been eliminated from a match are put back in the store following the rule above.

How to use these stats in your matches

These numbers are important, especially if you’re trying to go for a three-star tier four unit or a two-star tier five unit. These are scarce, which means you have to check your opponents’ boards and benches to see if the number of copies left in the shop from that hero you need is enough.

One example is if you want to turn your two-star Templar Assassin into a three-star unit. That means you have three copies of her combined, need six others, and there are 12 left in the game. If you check your opponents’ boards and you see that two of them have her as a two-star unit and third one has her as a one-star unit, that means there are five Templar Assassins in the shop. You can’t make a three-star since you’re one piece short of it.

If that happens, the best strategy is to stop spending gold trying to find her while you keep an eye on these three opponents’ boards to check when (or if) they sell their TAs and add them back to the Item Shop.

We will update this story as Valve changes how Underlords’ shared unit pool works.