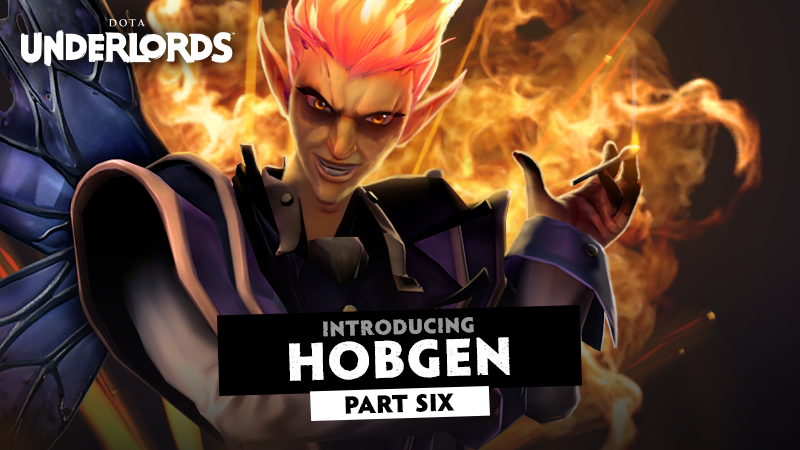 Valve has thrown a curveball with its newest Dota Underlords announcement. The game will introduce Underlords in The Big Update and they’ll function as their own units on the board.

Players’ Underlords will become the primary unit on the battlefield. Instead of small passive effects, it seems like they’ll have multiple skills, ultimate abilities, and over 20 talents to choose from to further buff their power.

Underlords use a unique resource named Hype, which works similarly to a hero’s mana bar. Underlords using abilities don’t consume Hype, but they need their level of Hype to be equal or greater to the required cost to activate. Certain items, abilities, and status effects will make Hype drop, causing Underlords’ skills to deactivate.

The first Underlord to be introduced is Hobgen, a pyromaniac fairy who gets stronger by setting more units ablaze. The arsonist comes with one passive ability, two actives, and will get to pick his ultimate at level 20.

Hobgen’s passive allows his auto attacks to spew fire as well and generate Hype for each unit on fire. The fiery Underlord’s two actives are Explosivo! and Super-charged.

Explosivo! causes Hobgen to throw a cocktail into the mix, dealing damage to all enemies caught in the AoE and, of course, setting them on fire. Super-charged will burn his own unit at the cost of its life, but also grants them increased attack speed.

Each Underlord will have the opportunity to select from two different ultimates at level 20. Hobgen can choose from Let’s Go Crazy or Friendly Fire. Let’s Go Crazy gives Hobgen Super-charged, making him chuck even more fireballs. Friendly Fire introduces his fellow incendiary buddies to throw explosives and lay waste to the battlefield.

With over 20 talents to choose from, starting from the first neutral round at level 10, each match of Underlords is guaranteed to be a mad scramble of micromanaging with the introduction of the crime lords.

While the Underlords will be literal units on the board, there’s no information on whether they have their own alliances or if they benefit from the ones already on the board. Having them actively benefit and affect the game could introduce new strategies and might even promote the usage of more maligned alliances like Troll, which could potentially buff Hobgen’s attack speed.

With Hobgen’s introduction, Valve will introduce one more Underlord before concluding the preview of The Big Update.