How to play Dota Underlords, the Dota 2 autobattler game 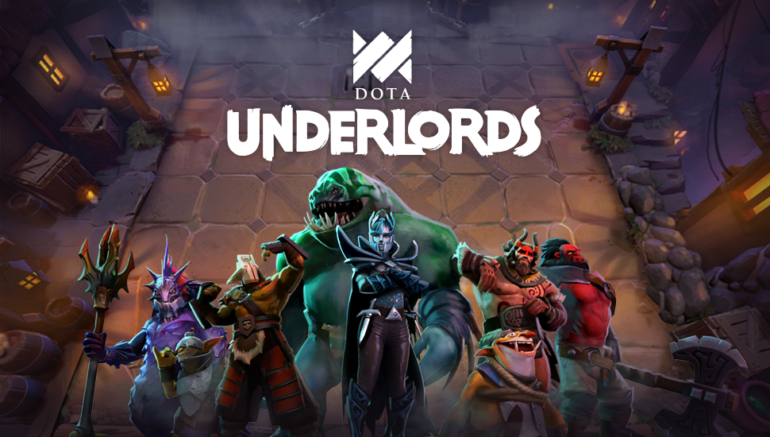 Valve’s official take on the autobattler genre, Dota Underlords, released on June 13, and is already picking up quite a fanbase. Since the company and the Dota 2 Auto Chess mod developers decided to part ways and develop independent titles, Valve went all-in to try to dominate the scene with Underlords.

The game was quickly made available on mobile platforms after a brief closed beta period for players who owned the Dota 2 Battle Pass. Now, any player with Steam or a mobile device can play Underlords for free.

Dota 2 fans and curious players might have been surprised at how fast Valve developed, polished, and released Underlords, which might raise questions about how the game actually works and its main mechanics.

Here’s an overview of the basics.

In Dota Underlords, eight players fight one another in several one-on-one rounds. They must select Dota 2 heroes from a pool of five that changes every round or whenever they choose to rotate. Then, players must either place these champions on their side of the board to fight an opponent or bench them for a later round.

Players defend against an opponent on their board every round, and at the same time their army attacks another player on their own board. Players can only deal damage to the person their army is attacking and can only take damage from the army they’re defending against on their board. The game defines all matchups at random.

The winner of each round deals damage to their opponent, and each player can take 100 health at most. The higher the level of the champions on the winner’s side of the board and the later into the game, the higher the damage they cause on the player who failed to defend. As in other games, you lose when you run out of health points.

There are 60 Dota 2 heroes in Underlords. Each of them uses auto attacks and abilities to deal damage to other units. There are small differences in how each of them moves, and heroes Puck, Dragon Knight, and Viper are the only ones to have two abilities instead of one.

Most heroes belong to two Alliances, with some being in three. Players can activate special bonuses by placing different heroes from the same Alliance on the board, such as reducing all enemy units’ armor by five when using two Heartless heroes. Doing so is one of the ways to gain an edge over your opponents in Underlords.

There are three stages of play in Dota Underlords.

First, players can buy any of the five heroes from the pool they’ve received in the recruiting stage. They can refresh the pool by spending gold, can upgrade heroes by getting three copies of them, and can place units on the board.

Then, the battle stage starts. That’s when the two armies of heroes battle automatically against each other without any player agency. The battle ends when all heroes on one side are defeated, and the stars of the ones that remain are used to calculate the damage, if the winner is the attacker.

The waiting stage is the last. Those in matchups that are over have to wait until combat is still taking place on other boards. When waiting ends, the recruiting stage starts again and the cycle continues.

It’s possible to buy and sell heroes in any stage, but players can only place and upgrade them in the recruiting stage.

Every player has a level. The higher it is, the more heroes you can put on the board and the higher the tier of heroes in your recruiting pool. Playing each round gives you one experience point, but you can and should speed it up by buying four experience points for five gold.

You need gold in Dota Underlords to buy new heroes or experience points. You get more of them by playing rounds, entering win or lose streaks, earning interest, and acquiring certain items.

Interest is the additional gold a player earns for the amount they already have. You always get 10 percent of the gold that was in your bank before the battle started, and that number is always rounded down. That means if you have nine gold, you get zero interest after the battle stage ends, and players with 10 get one. The most you can earn from interest is five gold per round, which means it’s pointless to bank 60 or more gold pieces.

Players can use items to give bonuses to individual heroes or to activate an Alliance or global bonus. You can only obtain them in neutral rounds.

Players can move items between heroes at any time, though switching them in the middle of a battle stage will only have effect for the next battle. Each hero can only hold one item and there’s no way of combining items in Underlords.

Dota Underlords is a standalone game, which means you don’t need Dota 2 to play it. You can download it from Steam on PC or from the App Store and Google Play for mobile devices for free.