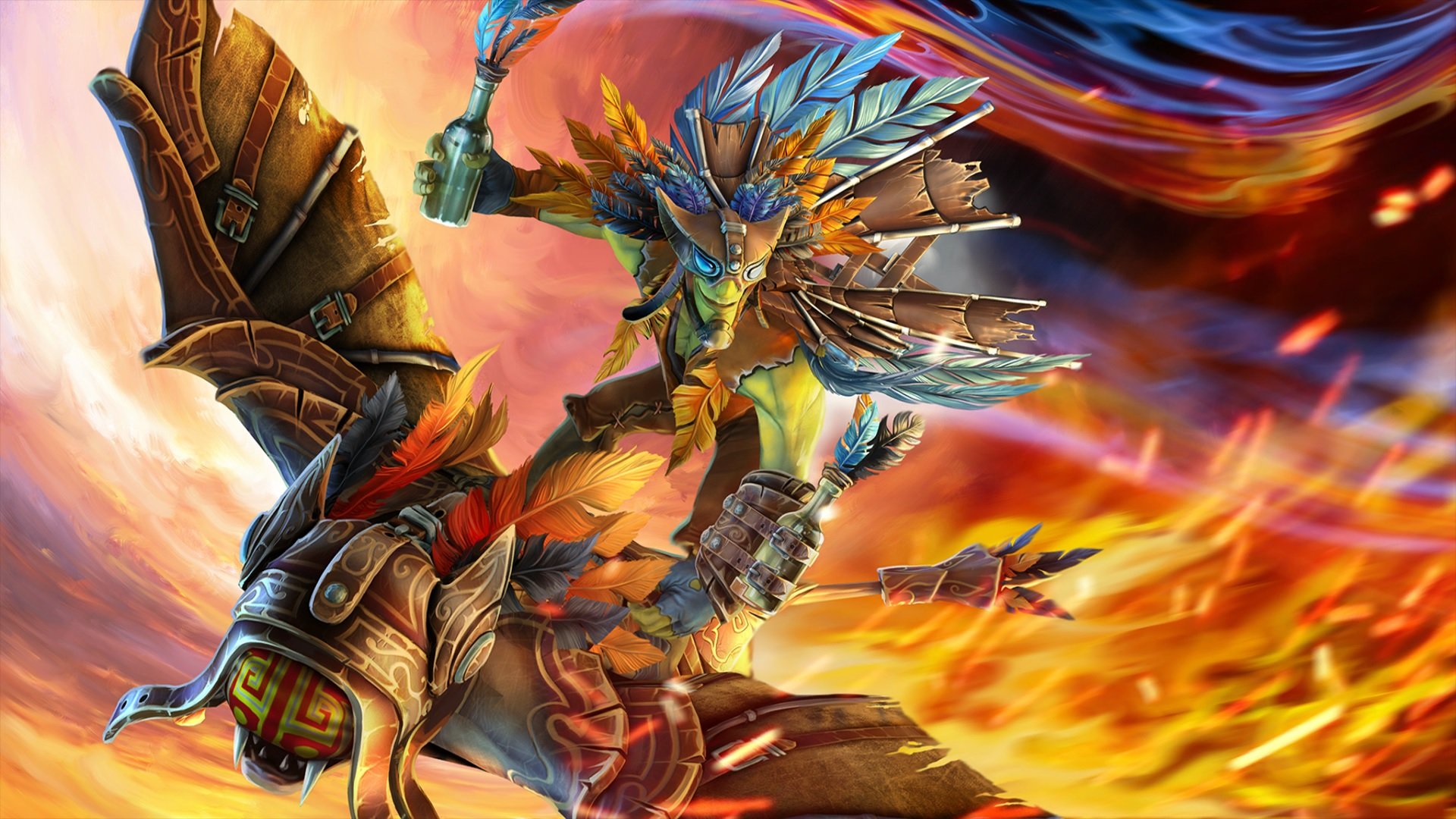 Dota 2‘s latest balancing patch is now out, placing an emphasis on finetuning the newly introduced Aghanim’s Shard mechanics for most of the hero roster.

Batrider has enjoyed a resurgence in a core role due to his Sticky Napalm buffs in the Mistwoods update. The skill’s reduced damage against creeps was removed, while Ancients’ creep magic resistance was reduced. This created a perfect storm situation for the hero, who could easily clear out large Ancient stacks in the early game at little risk to his health to burst ahead of the competition in farm and experience. Batrider, already one of the most powerful gankers, inevitably became more domineering due to this invaluable technique.

Lycan’s overall pack damage was reduced following a percentage reduction to his passive, Feral Impulse. Puck’s obnoxious teamfighting ability was slightly worsened following a cooldown increase on the hero’s Dream Coil ultimate, while Nyx’s ganking prowess and map movement was made slower due to nerfs in base movement speed and Vendetta’s shard movement speed bonus.

While many heroes were specifically buffed due to their underused Aghanim’s Shard, Outworld Destroyer’s list of changes was the most extensive. The hero’s rework in 7.28 made him one of the weakest heroes in the game and Valve has buffed several of his skills and base stats to compensate for the hero’s lack of farming capability.

A few newly introduced Mistwoods items were changed as well. Orb of Corrosion quickly became the choice item for all types of brawlers, providing health, a decent slow, and armor reduction in an all-in-one package. It now has a 100 gold recipe to make it more costly than before.

Cloak of Flames, the Radiance-lite neutral item, will now have its damage reduced when present on illusions. Its radius and provided armor was decreased as well.

Falcon Blade, likely intended to be a sort of Ring of Aquila and Drums of Endurance starter item replacement for cores, had a lukewarm reception through its first stages as an item. Its mana regeneration and health provided were increased slightly, which could entice more spell-casting carries to pick it up.

Swift Blink was one of three new upgraded Daggers introduced in 7.28 and it was deemed to be the weaker one. It paled in comparison to items like Butterfly and Monkey King Bar for damage and Abyssal Blade or Eye of Skadi for lockdown and chase. The item now allows you to exceed the movement speed cap and also received buffs to its bonus damage and attack speed on use.

Base hp regen reduced from three to 2.5

Base damage reduced by two