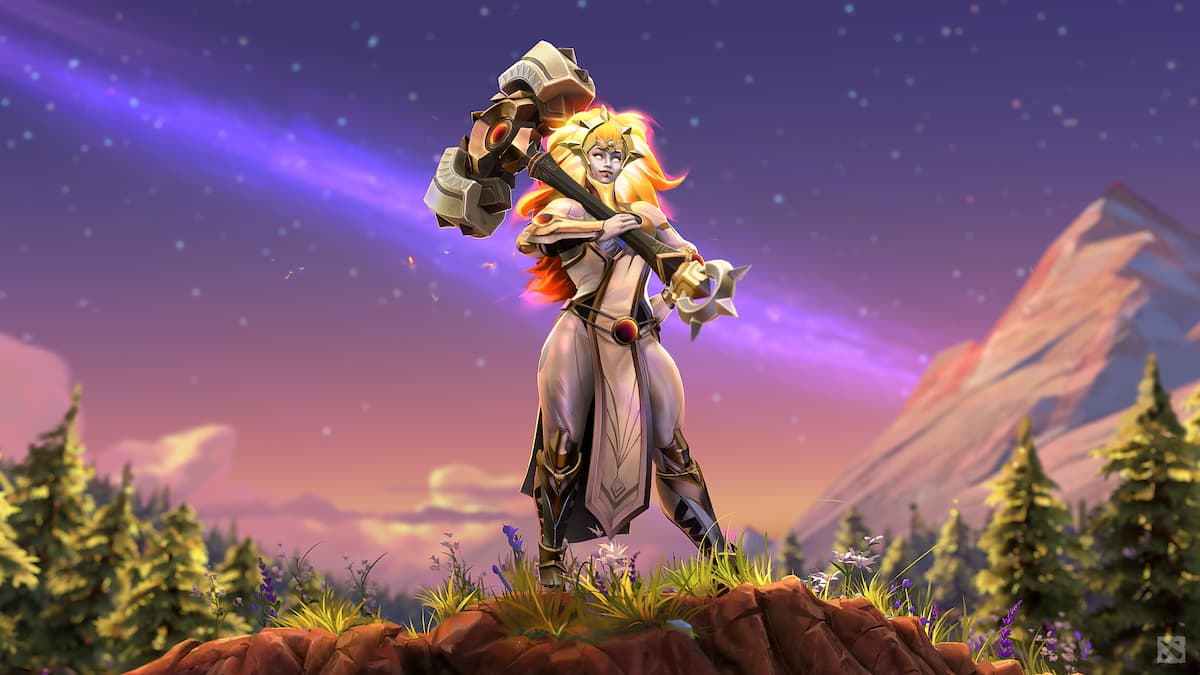 The darkest hour is just before the dawn. But that doesn’t matter when the newest hero being added to Dota 2 will smash anything in her way with a hammer that wields celestial energy.

As part of the 7.29 gameplay update, Valve has unveiled Dawnbreaker, a cosmic melee hero that was built from the ground up to combat the forces of chaos and darkness.

Just from the early visuals, Dawnbreaker looks like she’ll be able to swing the tide of battle with powerful attacks that can hit multiple enemies at once—whether it’s through swinging her hammer like a melee weapon or hurling it as a projectile.

Some of Dawnbreaker’s abilities stun or allow her to toss her hammer and then delay its return after it embeds itself in the ground. She can also heal her teammates after landing consecutive hits on enemies. Her ultimate, Solar Guardian, even allows her to fly to one of her allies anywhere on the map and deal pulsing damage while healing her allies after landing.

Along with the launch of Dawnbreaker, Valve has also released the full post-Major gameplay patch, which brings modifications to the structure of Dota’s map, moving outposts, ward cliffs, and more.

Within the general updates, Bounty Runes no longer spawn in the river, various cast ranges and movement speed talents, items, and abilities have been replaced or altered, and Hoodwink has been added to Captains Mode. Additionally, Captains Mode’s initial picking phase changed from first-second-first-second to first-second-second-first.

Some other important changes include heroes now starting the game with one TP scroll instead of three, but gaining one TP scroll on death. Couriers also no longer have vision when inside Roshan’s pit and tree respawn intervas have been reduced from five minutes to three.

There are more than 100 changes that were made to regular items, neutral items, and the game’s heroes. You can read more about all of that on the official Dota 2 blog.