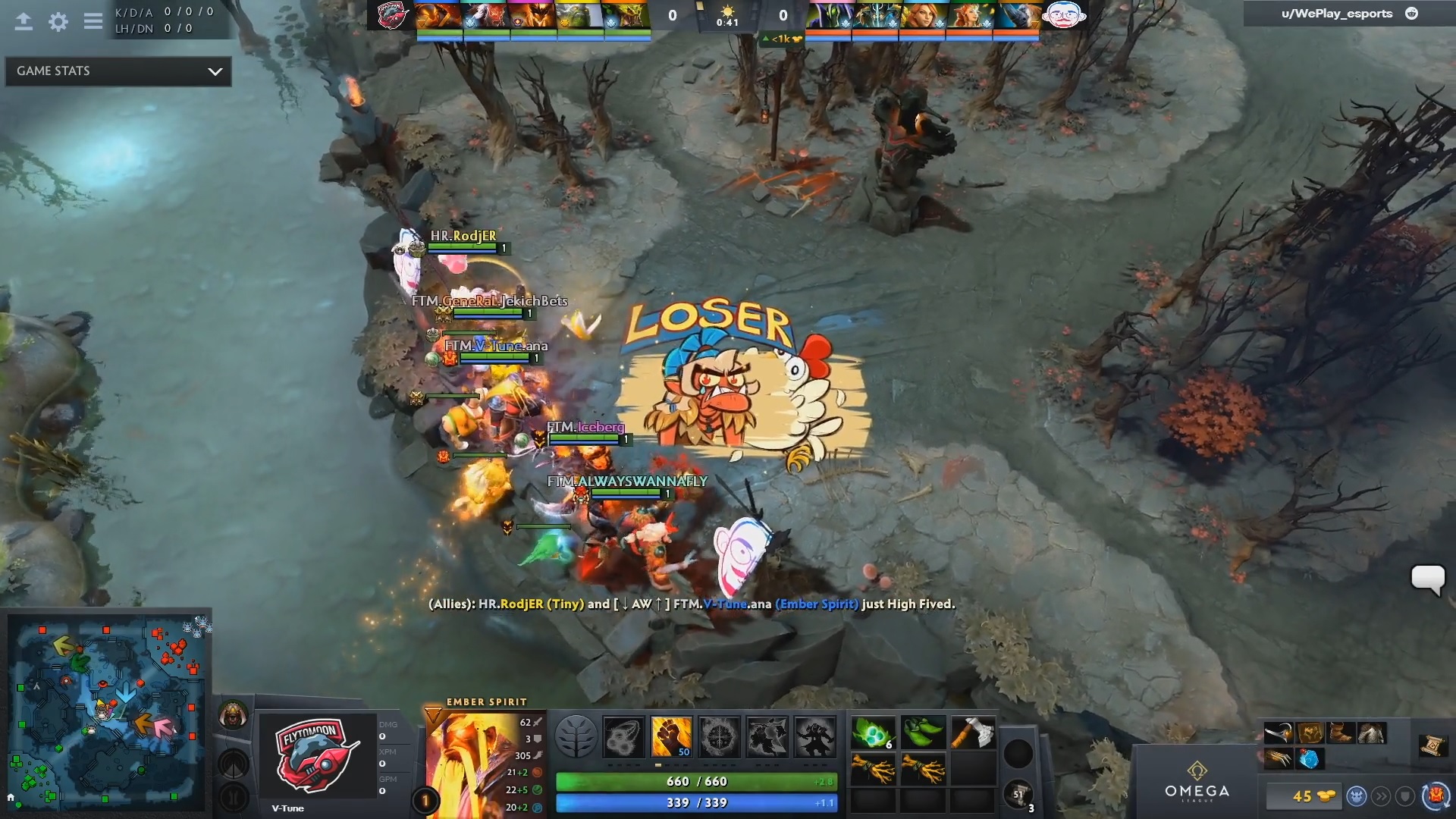 A Dota 2 series between FlyToMoon and 5men today in the upper bracket finals of the OMEGA League: Divine Division turned spicy after a coordinated taunt from FTM backfired spectacularly.

CIS team FTM was riding high after a clinical game one, stomping 5men in a little under 24 minutes. To further impose themselves, the CIS team grouped up and marched down the mid lane, bringing their couriers along for the ride.

FTM proceeded to taunt their opponents in full vision of the Dire middle tier-one tower, spraying a “Chicken” and “Loser” taunt. The team’s offlaner, GeneRaL, even ended up feeding his courier’s life away.

With the gauntlet thrown down, FTM started the next game off well, accumulating 15 kills on 5men’s Xibbe and pieliedie en route to a small 4,000 gold lead in the mid-game. Yet, 5men’s three other heroes routinely escaped attention, dying just twice.

5men kept their cool and turned the game around at 27 minutes after a spectacular three-man Reverse Polarity and a crucial stolen Requiem of Souls gave the European stack four kills.

FTM permanently lost the net worth lead from that point but stabilized slightly by claiming Roshan and its Aegis for Iceberg’s Shadow Fiend. The CIS team tried to use the objective to secure a structural advantage by marching down the mid lane. An initiation on Ace’s Juggernaut, however, quickly turned sour as 5men’s patient poking and counterplay tore FTM apart.

With the series on the line, FTM had one more chance in game three to make good on their word. But 5men got the last laugh, returning the favor with a crushing third game to complete the reverse sweep and book their slot in the grand finals of the Divine Division.

FTM drop down to the lower bracket final with their tails tucked between their legs. They’ll await the winner between Cyber Legacy and Ninjas in Pyjamas. If they win that series, the CIS team will have the chance to complete the comeback in the grand finals. Besides pride, the top prize of $10,000 will also be on the line.