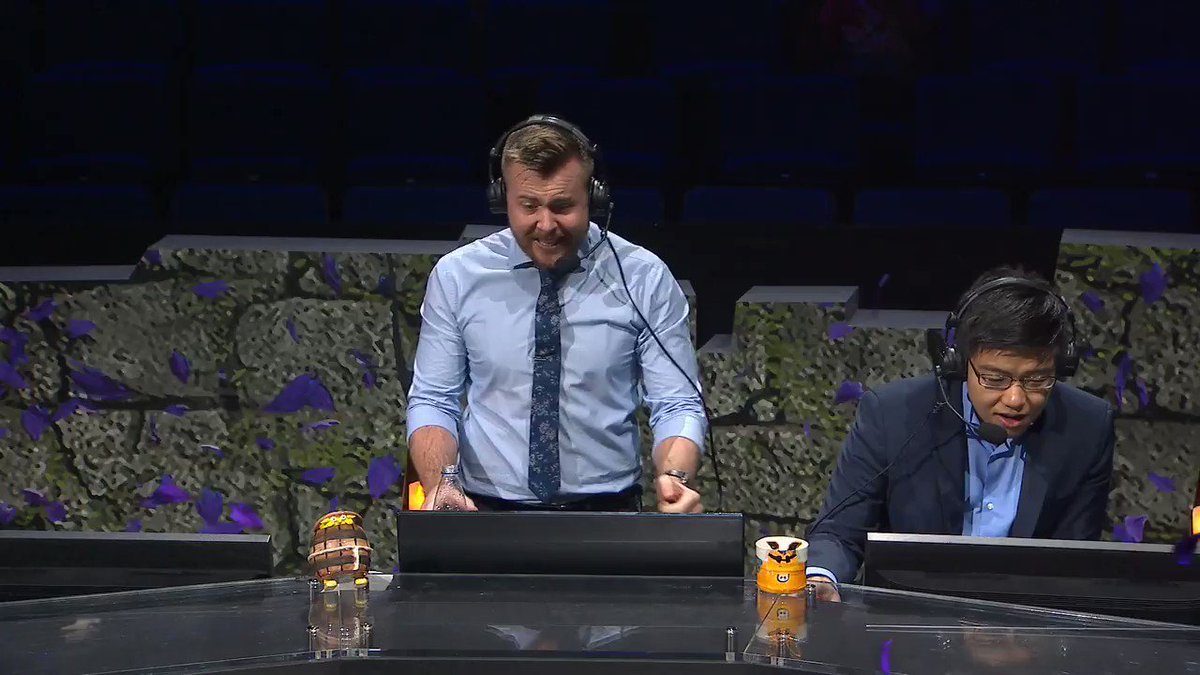 Dota 2 has a robust report and commend system that aims to separate griefing players from the well-mannered ones. It doesn’t always work flawlessly, however. Dota 2 caster Cap recently took matters into his own hands to get RawDota Henry, a notoriously bad-mannered player, banned from the game.

At 20 minutes into the game, Cap’s team were already down by 30 kills, meaning all hope was lost. While the bottle-flipping hype caster was still ready to play the rest of the match, some members of his team had a different idea of how to proceed.

As RawDota also got frustrated with the match, he decided to put his items on the ground and break them. This move is a common gesture amongst toxic Dota 2 players and it’s generally conducted to announce that they have officially given all hope for their ongoing match.

RawDota’s actions prompted Cap to take note of his Steam Friend ID. The match continued for another 10 minutes before Cap said goodbye to RawDota. The caster looked at his profile one more time and allegedly messaged a dev with the match and friend ID.

Such behaviors like breaking items usually send players to the low-priority queue where they battle to regain their right to play ranked matches again. While most expected this to happen in RawDota’s case, he found his account permanently banned the next day.

Though some community members questioned the rash actions of the devs and the severity of the punishment, a decent majority thanked Cap and the developers for banning RawDota.

RawDota still maintains his Immortal rank, meaning he also plays to the best of his abilities in the majority of his matches. While his actions may have called for a less harsh punishment, RawDota’s history of throwing and ruining games prevented any kind of community support he could receive.