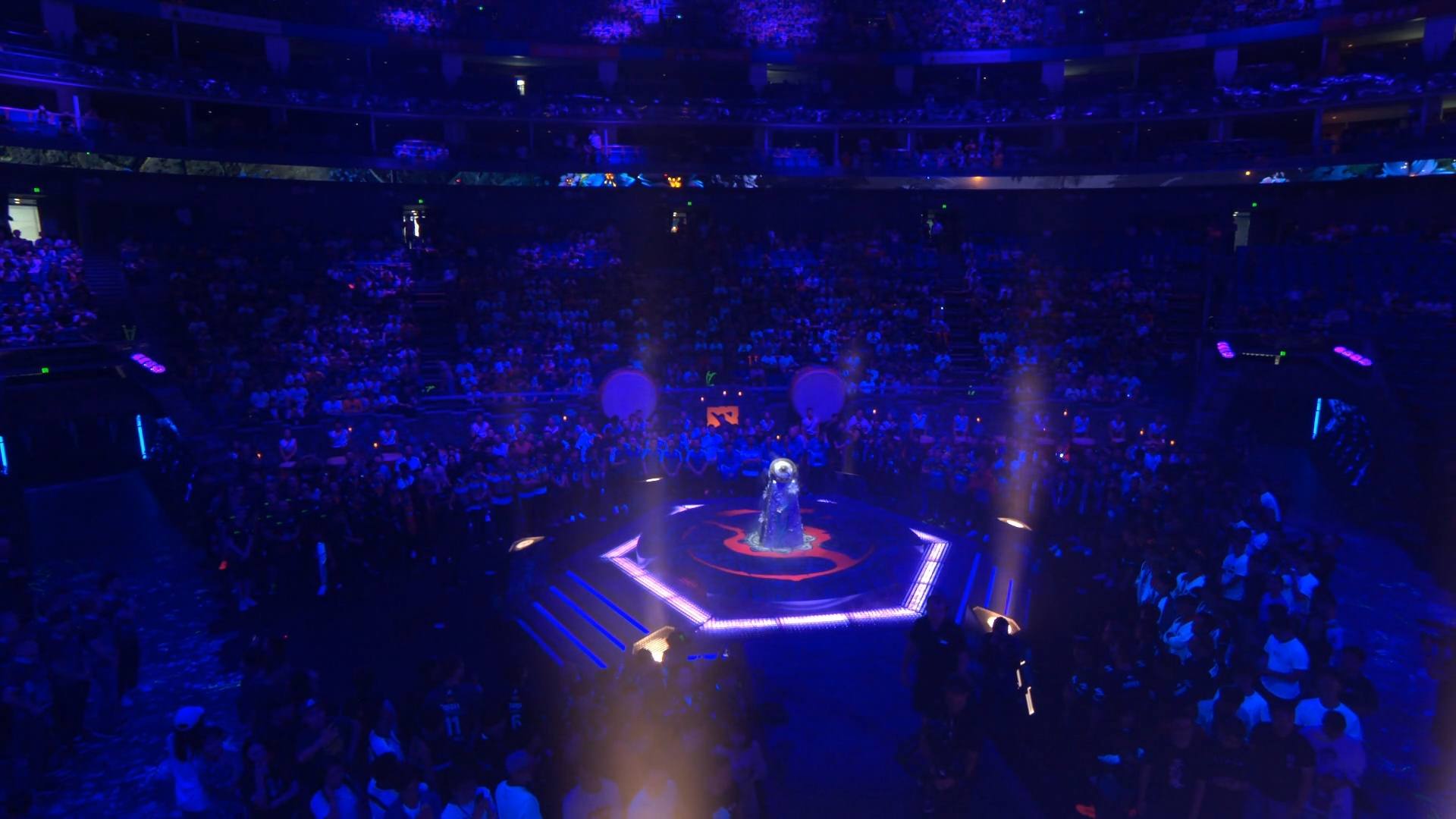 The main event of The International 2019 is now underway. Thousands of fans arrived at Mercedes-Benz Arena in Shanghai today ready to watch some top-level Dota.

But during breaks in the action, several camera angles showed large, empty sections of the arena, which viewers at home were quick to attribute to ticket scalpers.

One image on Reddit, in particular, shows the commentator desk for the North American broadcast. Behind them, there’s a partially-empty portion of the stands with several fans holding a banner.

That banner reads “shame on you, damai.cn,” referencing the website Valve partnered with when selling tickets for TI9 in the Chinese market.

The tickets sold through Damai were sold out within a minute of going live. Many fans were left on a loading screen or stuck waiting for a frozen checkout menu to confirm if they were able to secure tickets. That means the tickets never reached the open market because Battle Pass users who got early access to tickets bought them all.

But within minutes of the tickets being sold out, they were already popping up on resale websites for five to six times the price. The biggest Dota 2 event of the year was hit hard by scalpers from the start. And scalpers reportedly had a free workaround courtesy of Damai.

In a Weibo post that’s since been deleted, users claimed that a special URL was provided to known scalpers that allowed them to get around the early access code. This allegedly allowed them to check out at the same time as Battle Pass users.

This caused the prizes for good seats at TI9 to go up from $300 to over $1,000 for just the start of the playoffs. Some weekend tickets were allegedly going for significantly more than that, too.

Another Reddit post showed an entire section of the stadium left mostly empty, but other users who are actually in attendance quickly debunked that.

A user at the event in Shanghai took a photo of the arena from their seat and finally put some of the doubters to rest. The image shows very few vacant seats at the time of TNC Predator vs. Vici Gaming.

Regardless of whether scalpers had an effect on TI9, the fact remains that many fans didn’t even get a chance to attend. Valve needs to work on its methods for selling tickets before next year’s tournament.