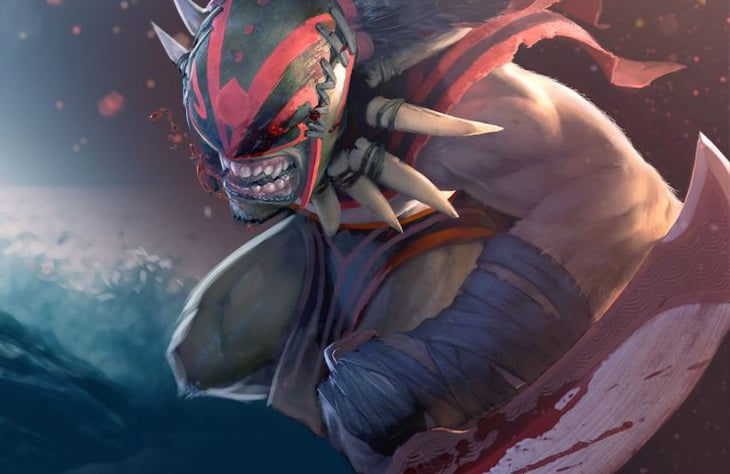 The first day of the playoffs at the Mars Dota 2 League are over and only six teams remain. Gone is the anemic wobbling of Clutch Gamers, which managed to only win a single game all tournament, while Vici Gaming found itself stamped out by Invictus Gaming.

MDL, in some ways, is a dress rehearsal for The International 7—now less than a month away—and teams here and abroad are sizing each other up, trying to eke out any competitive advantage they can.

The West and the rest

Thanks to a canceled European qualifier, this year’s iteration of MDL is even lighter on Western teams than usual. Only Evil Geniuses and OG made the trek to Wuhan, and, unfortunately (for their fans, at least), the two teams will face off in an elimination match against each other tomorrow.

OG find themselves in the lower bracket following a gruesome 0-2 defeat in the upper bracket at the hands of LGD, while Evil Geniuses stumbled in after a middling group stage performance.

So far, OG seem to be taking MDL a lot more seriously than Evil Geniuses, who have taken the tournament as an opportunity to experiment with some very wonky composition. Results have been mixed, to say the least. Now, facing elimination in every subsequent series they play, Evil Geniuses appears to be playing marginally more standard—though this didn’t stop them from picking the newly-buffed Alchemist, whose get-rich-quick scheme helped the team run down Clutch Gamers.

Though OG has had the stronger overall performance so far, recovering from a shaky first day with a 4-0 run on day two of the group stage, Evil Geniuses won their head-to-head. Facing off tomorrow, then, isn’t simply two top western teams, then – it’s two distinct approaches to playing MDL.

LGD is absolutely cleaning up at MDL, and with two guaranteed top-three finishes between the pair of teams it sponsors. The organization’s flagship team, LGD “proper,” laid waste to OG in the upper bracket, while LGD.Forever Young, the “junior” team, blew through TI-invitees Newbee.

Both teams appear to be benefiting from their lineups’ hybrid vigor, pairing talented rookies with sage veterans. LGD.Forever Young’s 17 year old Du “Monet” Peng, in particular, is making a credible claim for being one of the best new Chinese Dota 2 players in recent memory, while his teammate Xie “Super” Junhao is in his best form since playing on Vici Gaming’s classic lineup. No matter which team emerges victorious from their upper bracket showdown tomorrow, it’s clear that both LGD and LGD.Forever Young will be two of the most feared teams out of China going into The International 7.

Peter “PPD” Dager once noted that every tournament develops its own internal metagame. This is even more true of a tournament like MDL, whose timing—just a few weeks before The International—makes it an incubator for some very kinky strategies, like Evil Geniuses’ sudden fondness for putting Ancient Apparition in the mid lane. Still, if there’s one thing that seems to define the metagame at MDL so far, it’s team fighting. Big ultimates are in, and wombo-combos are sending commentators into periodic conniptions.

Accordingly, Earthshaker, the winningest hero of the group stage remains a frequent pick. Teams have picked him 15 times, more than any other hero except Sand King, and he has an excellent 75 percent win rate. Faceless Void, Phoenix, and Death Prophet have also become a fixture of MDL, bringing high-impact, long-cooldown ultimates back into vogue. Whether this will come to define the Dota 2 metagame going forward is an open question. But for now, bask in the glory of the most cataclysmic teamfights we’ve seen in months.