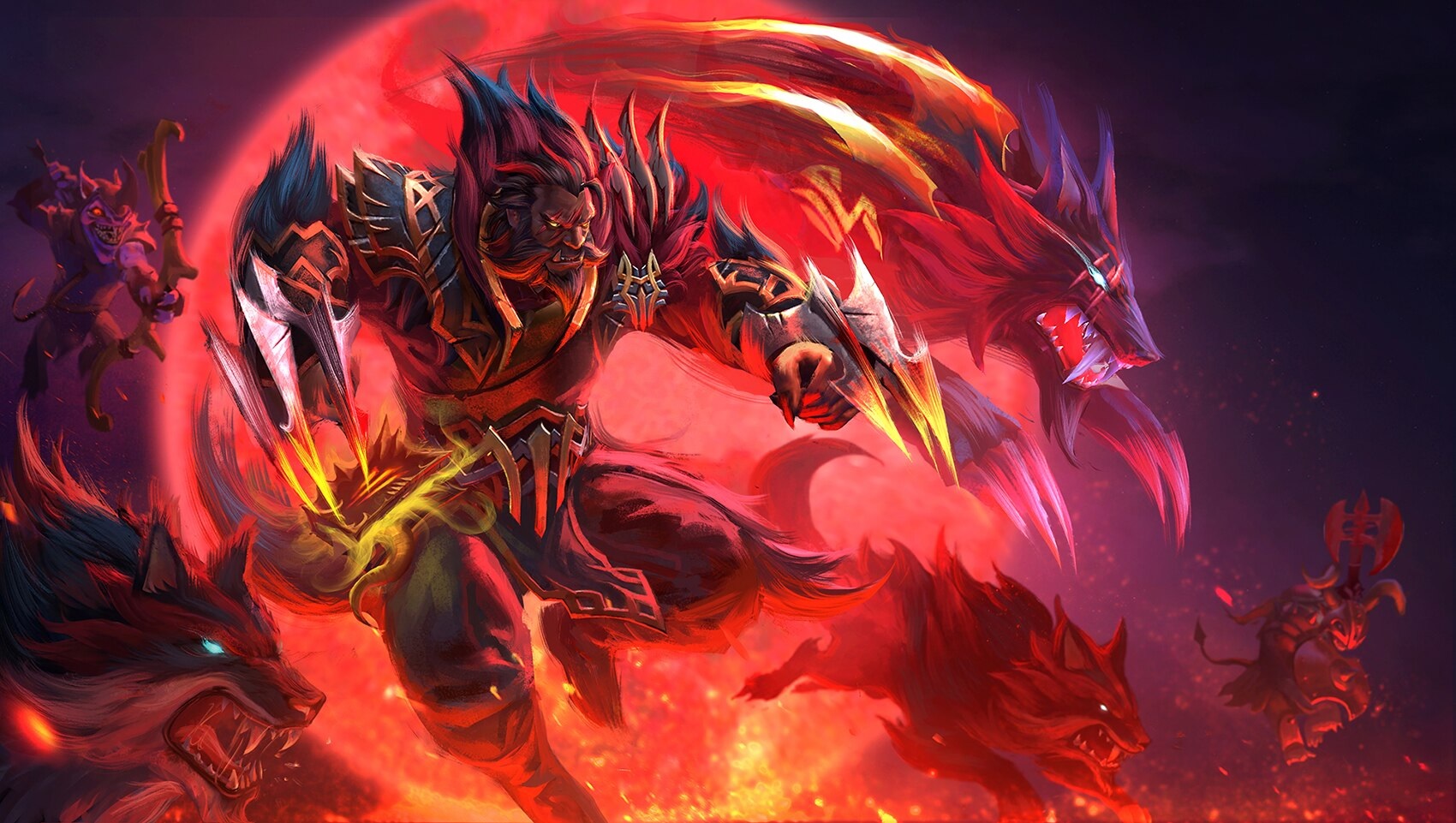 Dota 2 is a game that is constantly evolving. As patches come and go, various heroes phase in and out of the meta. Some heroes always find their niche in the game. One of these heroes that maintains his role of being a sleeper pick in almost every patch is Lycan.

Banehallow, the Lycan is a Strength hero, most commonly played in the offlane position, although he has seen decent success as a carry in previous patches. The hero consistently flies under the radar in most patches due to his high skill cap and situational usage, despite him being great in his role. Due to this, Lycan has always maintained a staggeringly high win rate in all brackets, oftentimes nearing 60 percent, and only trends upwards the higher up the bracket he goes.

Lycan’s skillset also makes him an amazing pusher. His wolves can clear creep waves, making pushes to the towers faster. An unchecked Lycan can end up clearing all the towers in a lane before the enemies notice what happened.

Lycan has access to four skills, including three (four with Aghanim’s Scepter) actives and one passive skill. These are what the skills can do:

With hero skills getting buffed and nerfed during different patches, there have been a variety of ways to skill up Lycan’s abilities. As of Patch 7.31b, the most commonly followed skill build includes leveling up and maxing out his Summon Wolves by level seven, while skilling up Feral Impulse alongside it, maxing his passive out by level nine. This ensures a consistent damage output and massive early-game pushing potential with little to no items.

Howl is generally maxed out last, by level 15 or 16. The reason for this is because since the damage values are reduced by a flat percentage, it is best skilled up when the enemies start acquiring more levels and items to negate as much of their damage as possible. Shapeshift is skilled up whenever possible, at levels six, 12, and 18.

In terms of talents, Lycan has a few good enhancements on his talent tree:

The level 10 talent choice has shown better success rates for the +10 Summon Wolves damage increase because it helps Lycan consistently push towers and lanes faster once he hits that level 10 power spike. While the Howl talent is by no means bad, the early pushing power of the wolves is generally too good to pass up.

The level 15 talent choice has also seen more one-sided decisions being made. Most players lean toward going for the extra duration on the Shapeshift simply because having more uptime on the wolf form provides a lot more utility and overall damage than the increase that the Feral Impulse talent provides.

Getting to the level 20 talent, the popular opinion expands on the level 15 choice by going for the increase in Shapeshift cooldown. This talent combined with the Shapeshift duration increase adds a lot more uptime to Lycan’s wolf form, allowing him to use it more often than he normally would. The extra wolves’ health is underwhelming at only +200 at level 20.

Finally, getting to the level 25 talent choice, either one can be incredibly strong on a late-game Lycan. For more late-game pushing power, the extra wolves come in handy, especially if the Summon Wolves talent at level 15 and the Feral Impulse talent at level 20 were chosen. If the focus of the match is to provide more damage, the extra Critical Chance on the Shapeshift is the better choice by far.

Lycan can scale up by farming as fast as, if not faster than, most late-game heroes. This is due to his high scaling damage and his wolves that can farm independently while Lycan helps his team. The items that Lycan needs mainly revolve around whatever provides him and his team with more pushing power as fast as possible. Here, we break down Lycan’s items based on the various stages of the game.

Buying a combination of any of these items would ensure a sustainable lane until further items are acquired.

These items, along with a constant wolf presence, should allow Lycan to win his lane and take down lane towers as fast as possible, applying constant map pressure.

All core items should ideally be acquired by the 30-minute mark for maximum effectiveness.

Late-game items are just additions to Lycan’s already potent inventory, bought to put an end to a long game.

Every item on this list works against different heroes, but Lycan can succeed without needing to make any of them.

Lycan may not be the most popular offlaner and can teeter on the edge of obscurity sometimes. But in the games where he does shine, he definitely shines the brightest. Lycan is one of those heroes that never entirely falls out of the meta and can be quickly picked up by a good player who knows how to bring out the full potential of this lupine warrior.