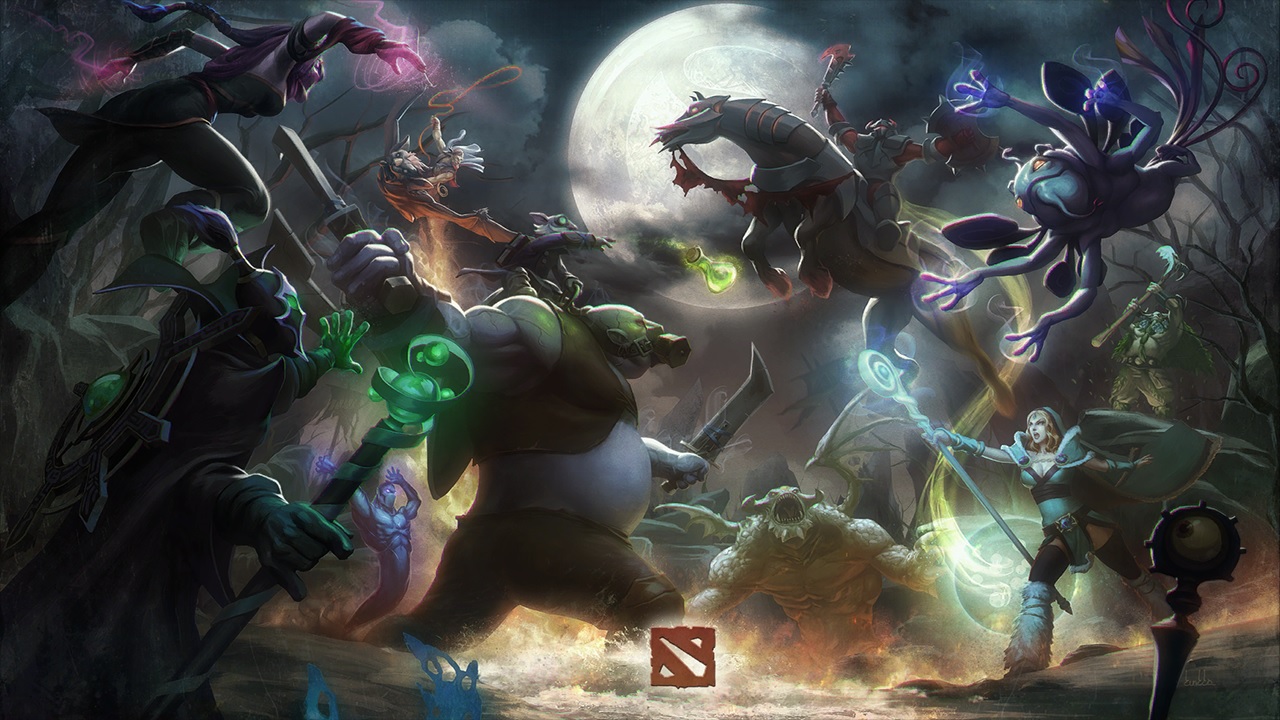 Luna, The Moon Rider, is a ranged agility hero in Dota 2 usually played as a hard carry. Her early-game presence is huge thanks to her Lucent Beam ability, which can serve either as poke or to deter ganks. Due to the low cooldown of the ability, you can spam it as long as you control your mana correctly to ensure that you get some early kills to get going.

As with all Dota 2 heroes, specific items are going to be more useful depending on the situation in each match. But there are certain items that are effective on Luna in all games. These core items are going to ensure that you have the best possible chances of winning the game with the hero.

Here’s the best build for Luna.

Maxing Lucent Beam (Q) is best due to how strong the ability is. It is quite flexible and can aid you in getting early kills or avoiding ganks easily. Lunar Blessing (E) is maxed second for the attack damage bonus alongside the vision increase during the night. Moon Glaives (W) is maxed last because the skill is stronger with items in the later stages of the game.

As for talents, at level 10 you want to get the +15 attack speed, while at level 15 get the +25 movement speed. Base stat bonuses are always valuable since you’ll benefit from them every second you’re alive.

Power Treads are one of the best choices on Luna. While some players prefer to acquire the Phase Boots for increased movement speed to roam easier, Luna already has one of the highest movement speeds in the game so getting Treads feels much more efficient.

Magic Wand and Infused Raindrops serve as great sustain items to help you farm and stay in lane longer to get your core items. Wraith Bands are all-around strong early-game items, giving you great stats for only 510 gold each. The Town Portal Scroll requires no explanation; you need one of these each time you leave your base to be able to join your team if a fight is breaking out.

This is your core build which you should be aiming with every game. The Power Treads will help you move around the map while also giving you the flexibility to switch around stats a bit. If you need a bit more health, you can switch to Strength, but if you need more damage, you can switch to Agility.

Manta Style is one of the best items on Luna, fitting her kit perfectly. It allows you to dodge projectiles with a small movement speed alongside giving you two strong illusions which replicate your damage. You can send them to farm on side lanes while you are in the mid lane.

Black King Bar is a requirement to have on such a squishy champion like Luna. If you don’t want to get burst down, then invest into this item or you’ll get focused in every fight.

Dragon Lance is a cheap and great early item pick-up, giving you extra range alongside great stats to ensure that you have a favorable mid game.

This is the ideal late-game build with Manta Style and Black King Bar transitioning from your core build. Butterfly is the best Agility-oriented item, granting you a lot of core stats including a nice 30-percent evasion chance, making it difficult for enemies to hit you. Satanic is taken for the lifesteal to ensure that you get those highlights plays where you come back from a low health percentage to take down enemies one by one as you claim glory.

Monkey King Bar is a requirement if enemies buy Butterfly. If you want to ensure that your attacks will land, then this item is a must-have to counter their tactic.

One of the best items to deal with heroes who purchase Mana Style as well or who have illusions in their kit is Mjolnir. It will help you farm with ease while also giving you an easy way to deal with illusions as the game goes by.