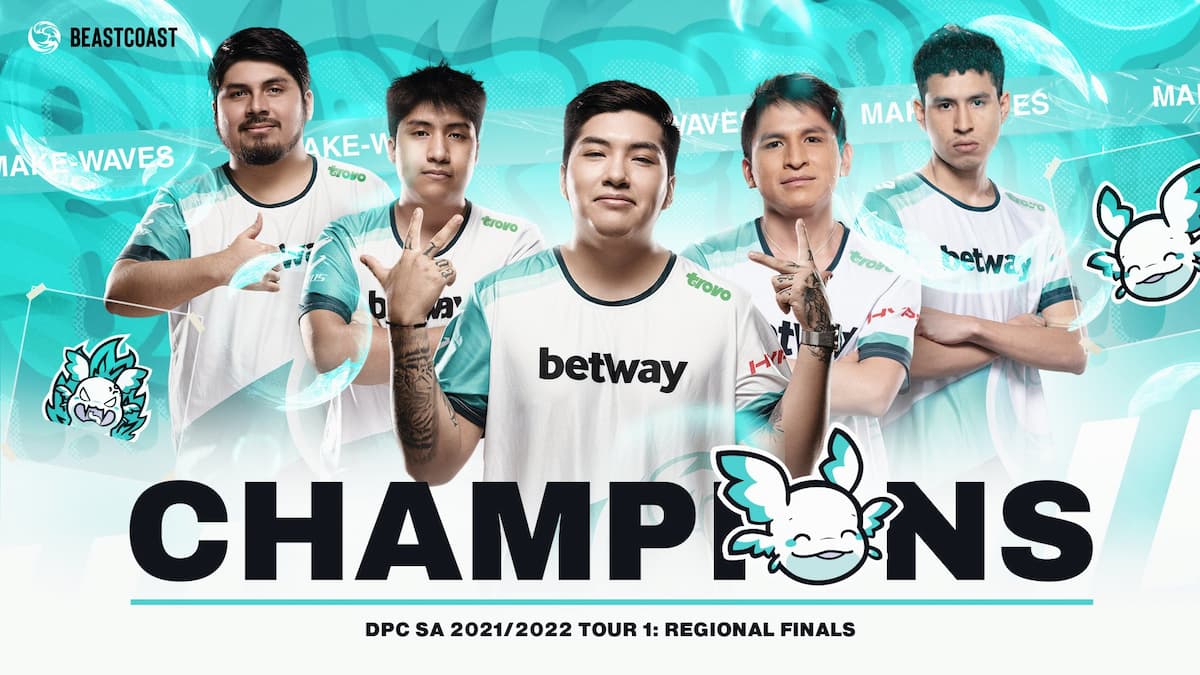 South America saw multiple teams turnover their rosters before the 2022 Dota Pro Circuit began, but beastcoast kept its core together and is now back on top after sweeping Infamous to win the region’s Winter Tour Regional Final.

This continues beastcoast’s trend of performing slightly under some of its rivals during the regular season and then turning it on to become a top-level threat at Regionals, Majors, and The International.

After handling their business against Infamous in the opening round, beastcoast was able to dispatch the region’s top team Thunder Awaken to secure a spot in the grand finals, where they were likely expecting to see TA again. Infamous, however, also upset the SA favorites in a very competitive 2-0 victory behind the play of Edward “Lumière” Guillen and Rafael “Sacred” Yonatan.

That set up a round one rematch in the grand finals, where beastcoast once again showed just how strong their lineup can be when they can get the momentum rolling and have some fun.

Infamous didn’t make it easy, but of the three games played in the finals, beastcoast won two of them in under 29 minutes, including a sub-25-minute game one where they held a lead from start to finish.

The second game was one of the longest so far throughout any of the Regional Finals, running just under an hour, with Infamous actually outplaying beastcoast through the middle portion. In typical beastcoast fashion, though, even playing from down almost 20,000 gold didn’t stop them from throwing everything they had into teamfights.

In the final 10 minutes, beastcoast racked up 13 kills, including two key hits on Lumière’s Templar Assassin, which swung the game from around an 18,000 gold disadvantage to an even game—with beastcoast eventually taking their first lead since eight minutes in and the win.

Infamous tried to hold out in game three to avoid the sweep, but Chris Luck’s Storm Spirit zapped the life right out of them as beastcoast took control of the game 17 minutes in and ended the series 3-0.

This win netted beastcoast $50,000 and 250 DPC points, putting them well within the top 10 of the DPC rankings heading into the Spring Tour, with a good chance to get an invite to TI11 if they keep playing this well.