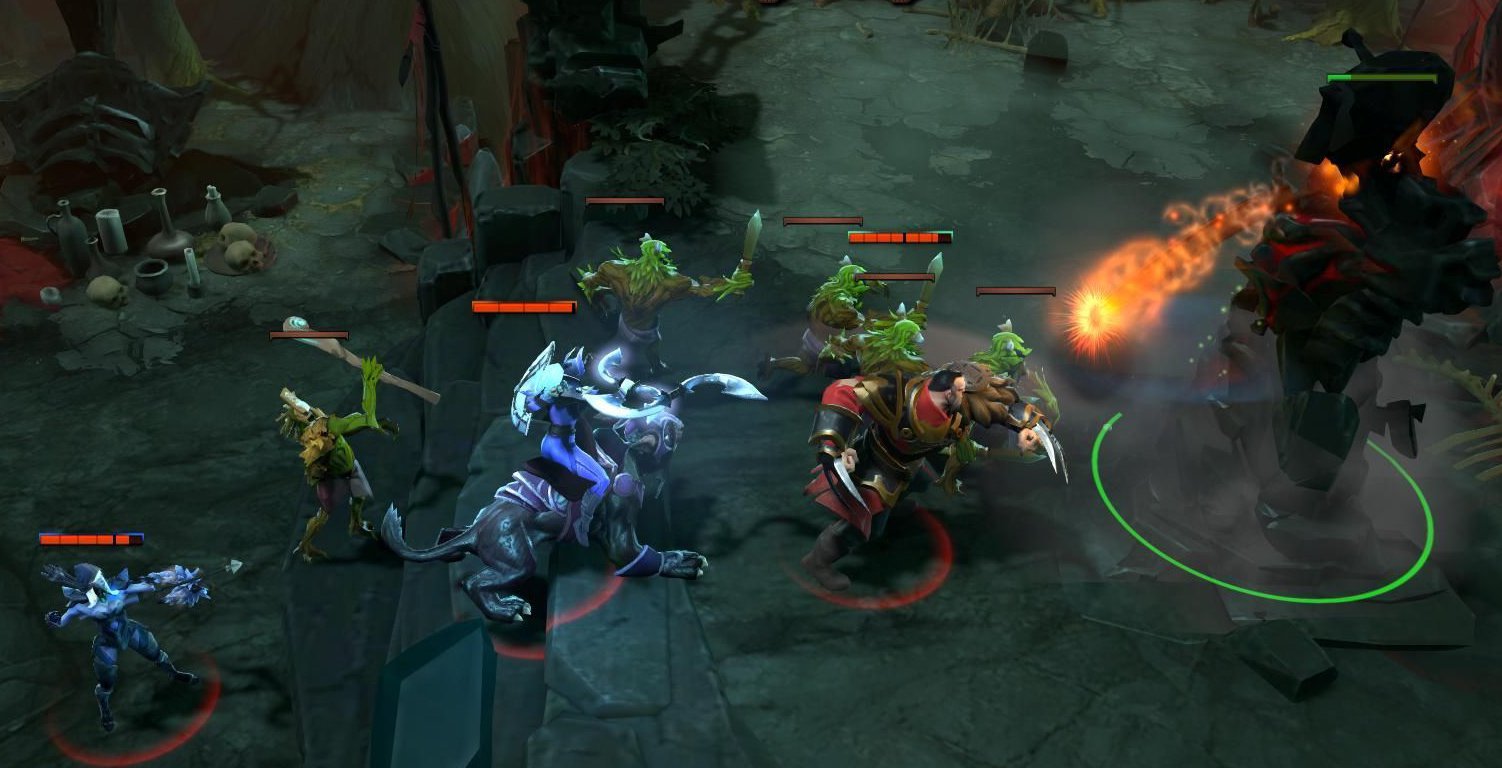 Team games, such as Dota 2, will always be subject to a human element that some single-player competitive games aren’t. And even six years since release, Valve is still struggling with players leaving mid-game.

Over a sample of over 50 million matches, GOSU AI, a Dota 2 learning program, calculated that 11.7 percent of all Dota 2 games have at least one player leave early. This doesn’t mean all of the leavers were rage quitters, since GOSU AI couldn’t determine the percentage of disconnects as a result of power outages and internet disconnection.

Leavers are most prevalent in Dota, League of Legends, and Overwatch. For some reason, players seem to regularly drop out as soon as they start losing or if their teammates aren’t doing what they want. This is often followed by the power balance of a match shifting because one team has fewer players and therefore has fewer resources and less overall damage output when it comes to a team fights.

Valve, like many other developers, has tried to counteract this action by giving penalties to players who leave games before their conclusion, whether that be a surrender or the end screen. This penalty is called Priority and is given to players who have abandoned multiple games or have been reported multiple times in a row.

The Dota 2 client has a built-in griefing detection system that notices patterns of bad behavior such as throwing games, feeding, and long periods of being AFK. That griefing system will track those patterns and hand out the Low Priority punishment as it sees fit based on the severity of the behavior.

All players start with Normal Priority, but when that is shifted to Low Priority, it can severely affect a players experience with the game. Low Priority penalizes players by giving them longer than normal queue times, only letting them queue up for unranked single draft games, removing their ability to receive item drops, and more. The way to get out of Low Priority is simple, yet extremely tedious.

Depending on the severity of the reports or number of games abandoned, the player in Low Priority will need to win a specific number of games while playing only with other players in the same situation. Once that number is met, they will be placed back into Normal Priority.

Still, the data shows that in the lower tiers of ranked games, leavers are far more common. This is likely because they are new to the game and are getting agitated when they end up on the losing in of several matches in a row.

For example, in the base tier of Herald, 20.5 percent of the 171,626 observed games had at least one player leave. When nearly a quarter of all matches in basic ranked games are suffering from this problem, it’s obviously not a minor one.

The good news is that once you reach Ancient rank, that number drops to 9.8 percent and continues to decline. This shows that as a player becomes more experienced with the game and further integrated into the ecosystem of Dota, they care more about the Priority and won’t bail on their teams.

Unfortunately, that doesn’t solve the problem facing newer players who are more likely to jump ship from the game entirely than stick around and try to reach the upper ranks. If they can’t have fun or get a good stack together in the lower tiers, leavers could make or break the experience.

There is no clear way to fix this issue beyond what Valve has already done without changing things even further. The human element to games like Dota is part of what makes the game great when it is fun, but also horrid when things like leavers happen.

With tools like GOSU AI tracking smaller stats like this, it will be interesting to see what comes from the publicity. Much like the Reddit thread discussing the various ways to address this problem, bringing up issues like this is one way to make sure the community of a game stays healthy.