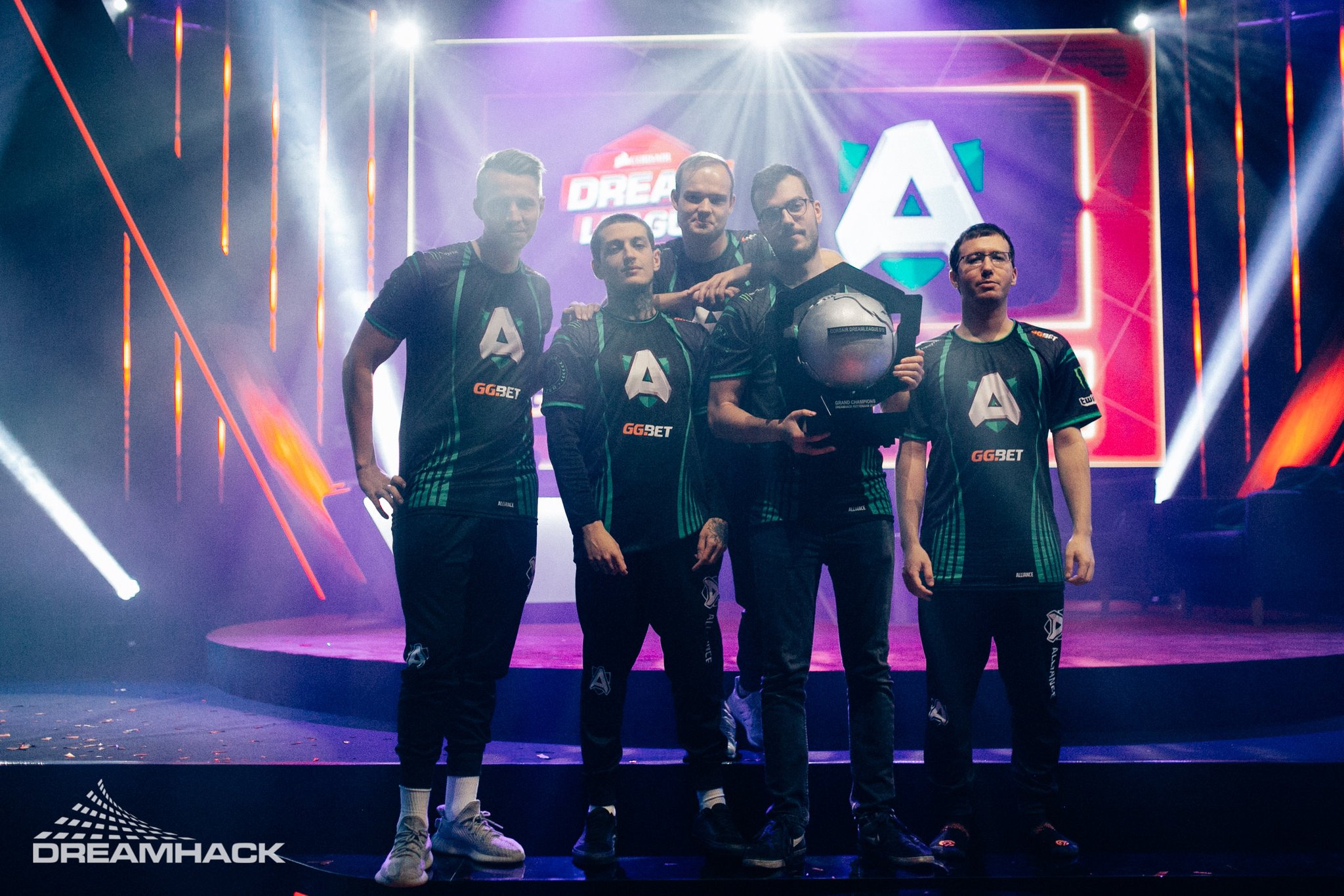 Alliance are already on the board with a tournament win to start the 2019 season. Adrian “Fata” Trinks and crew survived a late run by Demon Slayers to win DreamLeague Season 12.

The newly formed Alliance stack was dominant throughout the event, going undefeated until matching up with the North American representatives. It was an incredible grand final that showed just how experience in tough matchups pays off.

DS was the only team that came into DreamLeague without an organization sponsoring the players, but that might change after they mowed down J Storm, Team Liquid, and Ninjas in Pyjamas to make it to the finals.

For almost 30 minutes in game one, neither side was moving the needle, playing almost completely even until NiP pulled away late. Game two was the exact opposite from the start. DS jumped out to an early lead and ended up holding 34k advantage thanks to Hang “oldWhite” Zhao and Danny “iAnnihilate” Cote.

The decisive round was still close, but DS found what worked and ran with it, drafting a favored Chaos Knight for support and rolling behind oldWhite again to seal the series.

That momentum seemed to directly translate into the grand finals. Alliance failed to find an answer for the NA team’s Ember Spirit, which absolutely crushed Simon “Handsken” Haag’s Earth Spirit in game one. Alliance ended up suffering its first loss of the entire tournament on the biggest stage, while the DS players were eager to play again.

Game two escalated very quickly, with Alliance taking a strong lead early but ultimately falling to another late push. DS wrapped up a 25-minute win with a clean last assault. Up 2-0, it looked like things were going to fall apart for the European squad.

Despite oldWhite trying his best to keep his team in the game, Alliance absolutely crushed game three from the opening minutes. Nikolay “Nikobaby” Nikolov bounced back to his form from the earlier rounds and played an outstanding match on Gyrocopter to help his team stay alive.

DS drafted its preferred Chaos Knight support in game four and had a solid opening. But Nikobaby’s late-game Juggernaut combined with the excellent zoning help from Neta “33” Shapira’s Legion Commander turned the tides.

In a decisive game five, DS made the call to put Ember Spirit in the offlane, which worked well in teamfights with the position four Weaver. But it wasn’t enough to stave of Nikobaby’s return to Gyrocopter. He put up 41,814 hero damage and went 12/1/13 in the lanes.

With that, Alliance completed the 3-2 comeback victory and hoisted the DreamLeague Season 12 trophy. This was an excellent first step for the new stack as they prepare to take on both ESL One Hamburg and the MDL Chengdu Major in the coming weeks.

It was also an impressive showing from the Demon Slayer roster, specifically iAnnihilate and the rookie oldWhite. If the roster isn’t signed by an organization, those two players could be on a few team’s radars when some of them look to shift things around.