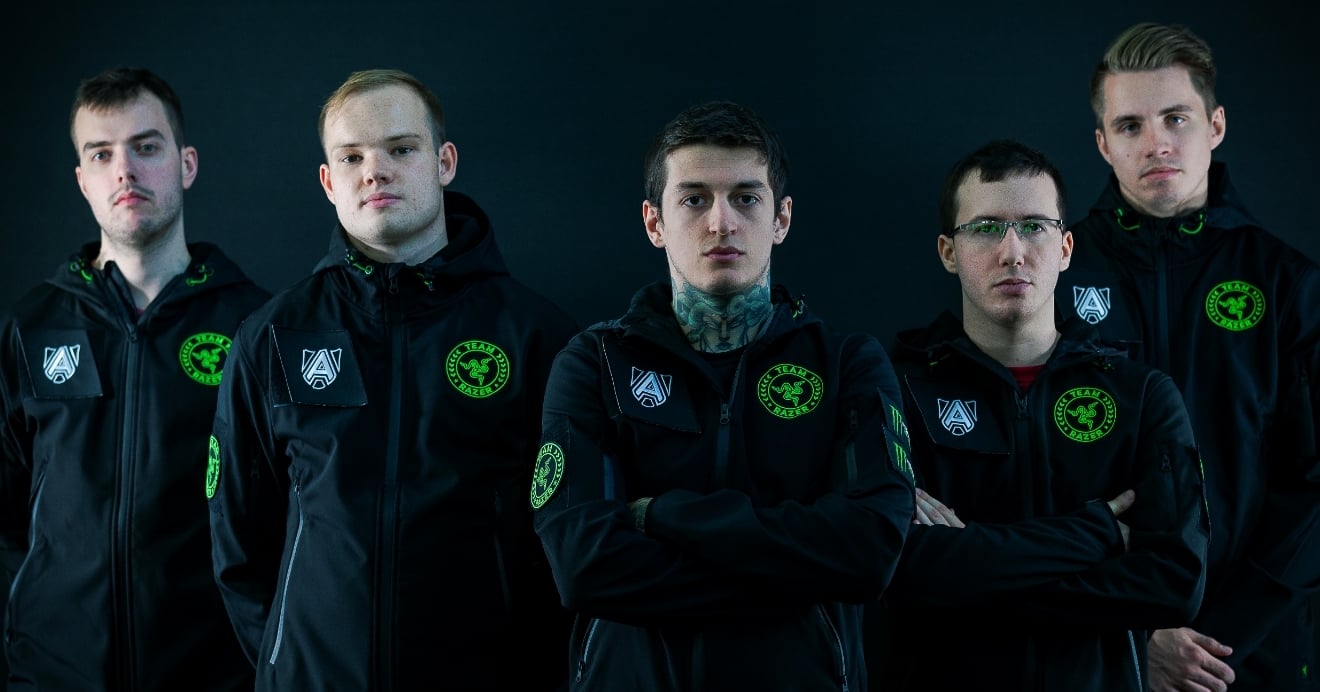 Alliance had to make some big decisions quickly after parting ways with its Dota 2 roster from the last two seasons prior to the start of the 2019-20 Dota Pro Circuit. And instead of grabbing less-experienced players and trying to build them up like last time, the organization has decided to pivot and sign a group of veterans.

After a short period of negotiations, the stack formed by Adrian “Fata” Trinks officially signed with Alliance, the organization announced today. The former Ninjas in Pyjamas player will captain a familiar teammate, two returning Alliance players, and the ever-aggressive Nikolay “Nikobaby” Nikolov on the new roster.

Fata and Alliance co-founder Jonathan “Loda” Berg talked with Dot Esports about the roster, the situation leading up to the signing of this lineup, and Valve’s recent changes to the DPC.

You have had a long and successful career in the scene, playing with other big organizations like Cloud9, Team Liquid, Team Secret, and most recently NiP. How does it feel now coming to Alliance and taking on the role of captain for such a storied organization?

This roster is obviously full of accomplished players, but the one name that sticks out is Nikobaby. We loved watching him play at TI9 and he really showed out for that Mineski squad. What do you think he brings to this team as the player with the least experience playing at that top level, even though he’s been around for a long time?

Fata: First of all, I just want to say that he is very passionate about the game and he brings a lot of fire to the team. He is a very aggressive player, which in my opinion, [makes him] very nice to play with. Of course, there are always those moments where there is a possibility he will go too far. Sometimes he might dive the enemy base and die, but I think generally, I would rather have that than a passive playstyle.

So far it is very enjoyable to play with someone with that playstyle and really just the energy and such he brings is such a positive addition to the team.

Loda: For me, I have actually known him for quite some time, for about two years, I think. And during that time, there was a point where we considered picking him up because I noticed him and started paying attention to his play. But things didn’t really align and he never got the chance to play for us.

But then I saw he took the chance to go play in SEA (Southeast Asia) and things are always a bit risky when you go there. That kind of made me more interested in working with him now because even if he didn’t get the chance to play for us or any other team in Europe, he didn’t let that stop him. I think he is very good, but knowing he has that dedication is very important in a player.

When a player switches regions like that, whether it’s due to lack of opportunity or otherwise, do you think moving somewhere with different playstyles changes the perceptions that other teams might have of certain players like Nikobaby?

Loda: Yes. I think he learned something from going there because you are in a very different kind of situation when you go to a team in another region and you aren’t really going to be the top dog ever. I don’t think it has changed how teams perceive him, I think it just shows that he can adapt to whatever situation he is in.

After having roughly the same team for two seasons, how has it felt getting this new roster into the swing of things in the short amount of time you’ve had together leading up to the DPC qualifiers?

Loda: I am not sure the short time has anything to do with it, but I think as I mentioned before with Niko, knowing him beforehand made me look out for what he was going to do a little bit. Then I heard he was going to play with Fata as captain and I kinda liked the idea of that because first of all I know he is a smart player that understands Dota really well. But I also think it takes a lot to swap the role you are playing, not because you want to, but because you think that’s what is necessary for your team.

I also know LIMMP and Handsken from a long time ago back with Alliance and I respect 33 a lot, so I think honestly, I would consider myself lucky that in such a short amount of time I was able to get such a good team. Because I think for sure they have some time and work to put in as any new team does, but I think on paper we have a very strong lineup of players at every single position. And I think that they will also complement each other as people, but that is something you have to find out.

Fata, this wasn’t really a short turnaround for you, but how do you feel about the current situation after signing with Alliance with this stack you have now?

Fata: I am very happy with the players I got and I am looking forward to playing with them. I am honestly not going to think too much into the future. I just want to have this boot camp before the qualifiers and prove as much as possible to show what we’ve got and see where that takes us. I want us to enjoy improving and figuring out things between each other be it in the game or interpersonal and all that stuff.

Handsken and LIMMP are coming back to Alliance. How does it feel knowing you’ll have two veterans who are familiar with the culture and how things work with the organization?

Loda: It feels good. I think both of them are very likable guys. They are super chill, very easy to work with, and they are hard workers, on top of being good players. I honestly think that both of them have improved a lot since their time in Alliance. I think it is going to be exciting to see what they have picked up during their time away from us and what they can bring into the team and organization.

This reset for Alliance feels a lot different from the last major shuffle. Was there a specific outlook you and the organization had going into this brief period of player hunting or was it as simple as wanting to find the best available players?

Loda: Honestly, I don’t think it is a secret that I always look to have a Swede on my team or on Alliance’s team. It is something we value as we are situated in Sweden and everything. But I would say more than anything when we look for players, we look for players that are hungry or that we think that they are at a position in their career that they want to prove something. No matter what we do, we just want to work with people that are hungry to achieve their dream, even if they show it in different ways.

I think that is it. Outside of having a Swede on the team, I simply want people who want to get better at Dota. It might sound simple and it might sound stupid, but I think motivation is something that is very important, but you also need to have a team that can make progress fast. You create this team of people where everyone wants to improve and then people don’t really take offense from criticisms and that creates a good work environment.

Last time we picked up a team, I was super excited to do that kind of project where we would pick up less experienced players and try to make something out of that. Now, picking up this team, I don’t think we are doing the same thing at all. Every player on this team has been to a TI (International) and they all have quite a lot of experience. We are taking a different approach, but it is always about a group of people.

Is there one aspect of the DPC that you think should have been changed more or a specific change you’d make if given the opportunity?

Fata: I think just Dota having an offseason after TI would be very good for the scene. Especially if you have to regroup yourself and build a new team, there is not much time to actually rest and I just think it is appropriate that after a TI there should be more official off time. It got better this year like last year was even shorter, but I think it could just be a little longer personally.

Loda: I can agree to that, and I can also agree that this year was better than last year, but maybe they should have an official shuffle/break period. Maybe one and a half [months], it doesn’t have to be much, but there are some teams that will decline playing in that first Major because of this reason.

Fata: Exactly, that is where a lot of that decline comes from in that first Major comes from there not being an offseason, I believe. It is just the teams doing something because they can or need to because they need the rest. Traveling gets pretty exhausting, I know that sounds a bit spoiled, but I do think it is that way and a lot of players would agree.

Loda: I absolutely agree with him that being a player is great and it is also one way a player gets to achieve their dream, but sometimes it does get a little much at times. You never really have time to go home and reset between tournaments because you are going from bootcamp to another tournament or qualifier.

What’s the one thing you’re looking forward to about this season, outside of the The International coming to Sweden?

Loda: Good question. I mean, it is going to be very interesting to see the new heroes and what they will bring to the table. But other than that, it is mostly what we already named. More than anything, I enjoy and Alliance enjoys new teams that can put in a lot of time and work together so I think that is going to be really exciting to see what these guys can achieve together.

Alliance’s new roster will be competing in the first DPC qualifiers of the season, which start on Oct. 5.