Only one more team can get an instant pass to TI9. 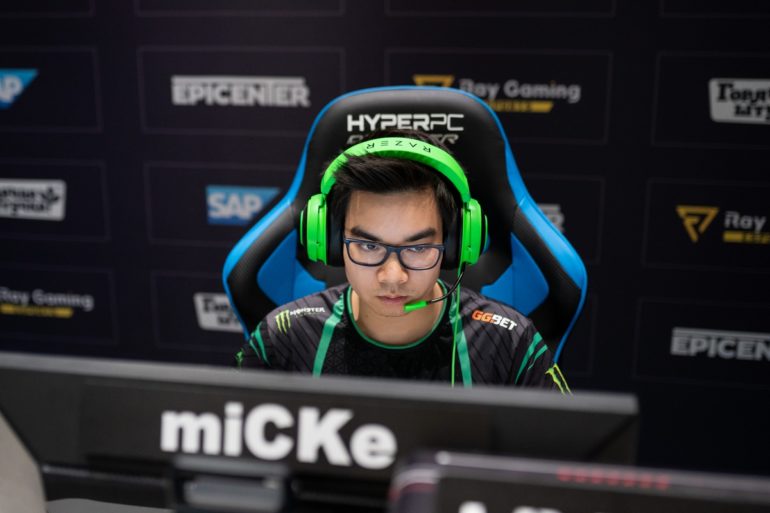 Alliance and Gambit Esports will play what could end up being the most important series of the entire EPICENTER Major when they fight for the final direct invite to The International 2019.

After LGD Gaming eliminated Forward Gaming in the last round, Keen Gaming had their proverbial ticket punched for one of the last three TI9 invites despite not making it to the Major. That, along with OG upsetting Team Secret, left only one spot open for two teams who are still sitting on the edge.

Alliance battled Royal Never Give Up in an extremely tough series to get to this point. The 2-1 win certainly did not come easy against the surprisingly strong Chinese team, who made some noise throughout the event.

RNG took game one of that series in about 65 minutes after a long laning phase, in which Alliance dominated the middle of the map behind Max “qojqva” Bröcker. His Zeus dished out 93,752 hero damage through running mid and rotating when Alliance were forced on the defensive.

It was a mix of overcommitting to a few fights and rotating late on dives that cost Alliance the first game. RNG went up 1-0, but couldn’t hold a solid lead again throughout the final two matches.

Michael “miCKe” Vu and qojqva went deathless in game two, combining for nearly 60,000 damage and breaking down RNG’s lane play. GGs came out around 34 minutes in and evened up the series. Alliance kept things rolling and survived a close midgame to claim the series 2-1 and put themselves one win away from TI9.

Gambit had a bit of an easier time against a more familiar opponent, Ninjas in Pyjamas. The two teams have played several times this season, but this time it was Gambit that came out on top 2-0.

NiP had a solid lead over Gambit at the start of game one, but the CIS squad slowly crawled back after a few good picks and flipped advantage in their favor. Andrey “Afoninje” Afonin carried late on Ember Spirit helped his team claim the comeback win.

Gambit controlled the second match and took a 22-5 win, with Artsiom “fng” Barshack leading the way with some excellent support play on Chen.

Whoever wins the upcoming game between Alliance and Gambit will take the last TI9 direct invite and move into a top-eight finish at EPICENTER. That series starts at 7am CT on June 28.