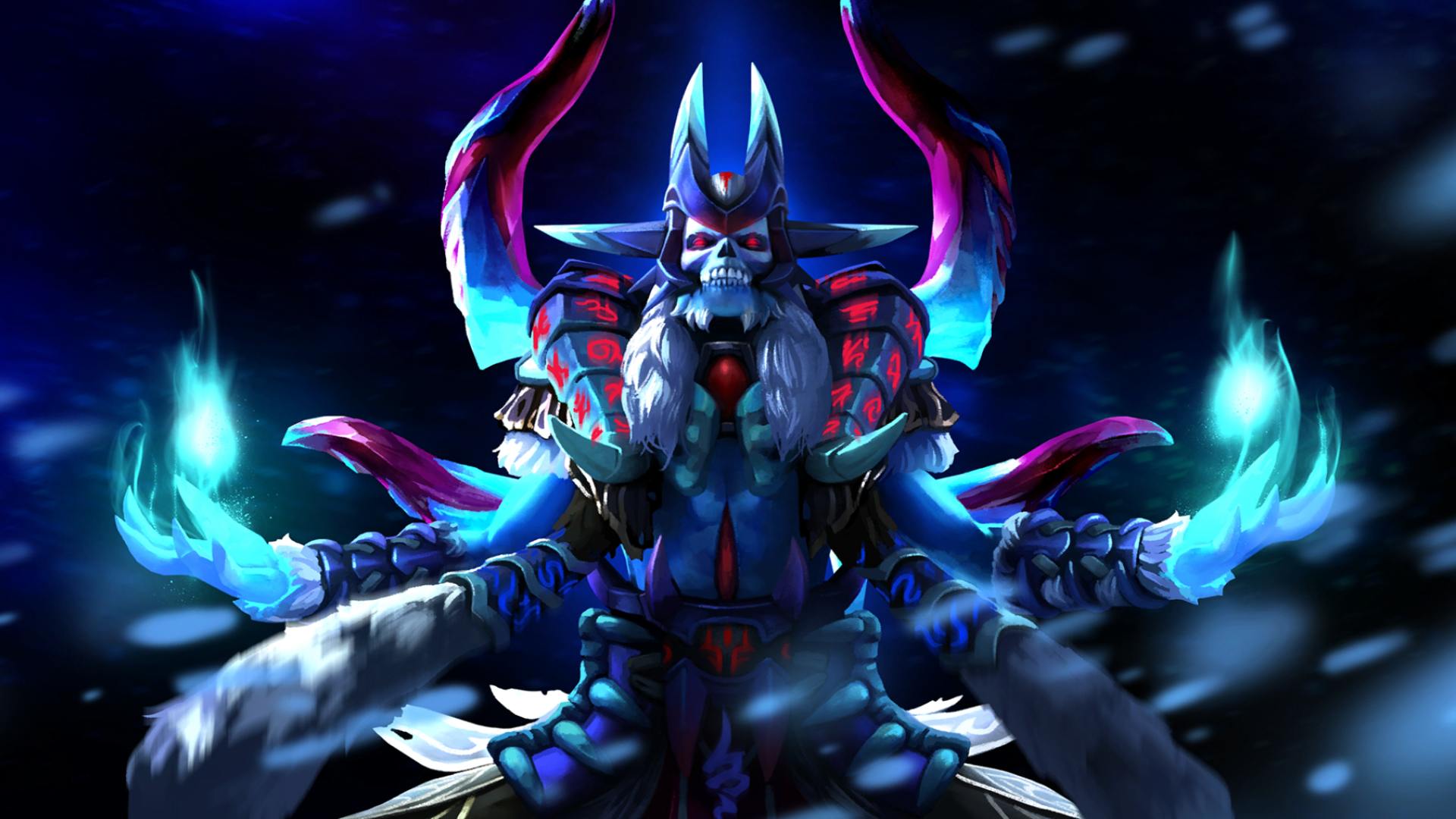 Dota 2’s gameplay update 7.32 has been out for just a day now and players are already going wild, experimenting with their favorite heroes while some underappreciated ones make their resurgence, looming in the background.

In less than 24 hours, a lot of trends have been emerging, stating that some heroes are here to stay while others are quickly dominating the early metagame.

Most of it is down to player experimentation because of the sheer amount of heroes in the game, there are an endless number of synergy possibilities that arise with every patch. This boils down to the major changes and reworks made to popular and less popular heroes in the game.

To simplify this, we are listing all of the major reworks made to heroes that have the potential to create a new meta around themselves.

With Patch 7.32 being one of the major patches, we know from past experience that it will have a lot of changes. This is why we are singling out the reworks and our opinions on them regarding the changes they might create in this new meta.

Beastmaster’s Aghanim’s Scepter upgrade was changed in this patch to a new ability called Drums of Slom.

Beastmaster hits his drums for six seconds, dealing 110 damage to all enemies in a 600 radius while simultaneously healing himself and his allies for 25 percent of the damage dealt in the duration of the attack. Stunning or silencing Beastmaster nullifies this attack.

Bounty Hunter’s new reworked Shard gives him two charges of Shadow Walk and lets him use it on allies as well. This coupled with the level 15 talent change of adding a two-second silence effect to the Shadow Walk hit could be potentially gank-breaking if chained well.

Brewmaster’s new Aghanim’s Scepter rework allows him to summon a Primal Companion, similar to Lone Druid’s Spirit Bear. The Companion summoned is based on his current Drunken Brawler stance and only one of them can exist at a time.

If the Companion dies, the ability goes on cooldown for 70 seconds.

Broodmother’s new Shard gives her increasing damage every second her Insatiable Hunger is active, while also extending the duration of Insatiable Hunter by an additional two seconds.

Centaur Warrunner got his Aghanimm’s Scepter reworked, removing his old Stampede upgrade in favor of a new spell called Hitch a Ride.

This ability literally lets Centaur toss an allied hero in a cart behind him while he runs off with them. The hero inside cannot be targeted or attacked but still takes damage from AoE abilities. The hero inside can also attack but cannot move. Melee heroes get an additional 200 attack range while in the cart.

This ability is applied to all of Chen’s controlled units. Each of them can sacrifice themselves to use a single target Hand of God to any allied hero. The clutch save potential of this ability cannot be understated.

Overclocking still stuns Clockwerk for three seconds after it runs out so careful timing is key.

Dark Seer’s Aghanim’s Shard was given a Surge upgrade. Surged units now leave a trail behind that slows enemies by 50 percent and damages them for 35 damage every 0.5 seconds.

For Normal Punch enthusiasts, worry not, for the ability has now been integrated into his Aghanim’s Scepter upgrade.

Doom’s current iteration of his Aghanim’s Scepter upgrade turns this ultimate ability, Doom, from a single target spell into an AoE ability where the primary target spills the effect of Doom onto all enemies in a 325 AoE around the target.

This ability also allows Doom to be self-cast to affect all enemies around the caster.

Little Friends can be targeted on an enemy to turn all allied and neutral creeps in a 1200 AoE hostile towards the target for six seconds, attacking with them with 100 bonus attack speed and 100 percent increased movement speed.

Enigma went through reworks to both his Aghanim’s Scepter and his Aghanim’s Shard. His new Shard upgrades his Malefice, spawning an Eidolon with every tick of the ability. These Eidolons can’t split but are refreshed.

Meanwhile, his old Shard ability was added to his Aghanim’s Scepter along with the Black Hole deals additional damage equal to 3.5 percent max health per second.

Hoodwink’s Aghanim’s Scepter and Aghanim’s Shard upgrades have been switched. Her Shard upgrade now gives her Hunter’s Boomerang, dealing 200 damage to all targets while reducing magic resistance by 20 percent.

Decoy is now her Scepter upgrade with a few changes. The ability turns Hoodwink invisible while leaving a Decoy behind to channel Sharpshooter on the nearest target in a 3000 unit range. This Sharpshooter deals 60 percent damage and works independently from Hoodwink.

If the Decoy is destroyed, it will trigger a lesser Bushwhack on its killer.

Lina’s Aghanim’s Scepter has been reworked. Her old Scepter effect was added as a level 25 talent, replacing her +125 attack range talent, while the new upgrade gives her an additional ability called Flame Cloak.

Flame Cloak grants Lina flying movement for a short time, allowing her to traverse over impassable terrain while increasing her spell damage by 30 percent and magic resistance by 35 percent.

Luna’s Aghanim’s Shard has been changed, giving the old ability to her level 20 talent instead. Her new Shard upgrade gives Luna 15 bonus attack damage whenever a Lucent Beam hits an enemy hero.

This ability stacks with every Lucent Beam hit and the duration of the buff is 12 seconds. This is in addition to her Lunar Blessing ability working on a global scale during nighttime.

Marci’s basic abilities have been reworked. The effects of her Dispose and Rebound have been swapped, with Dispose slowing down enemies while Rebound stuns all enemies on impact.

Marci’s Unleash has been slightly tweaked as well, adding a movement slow and attack slow effect to every hit instead of just during the pulse effect.

Monkey King‘s Aghanim’s Shard has been changed, allowing him to auto-cast his Boundless Strike.

When auto-casted, Monkey King leaps to the end of his staff after the Boundless Strike hits, akin to Sand King’s Burrowstrike.

Morphling’s Aghanim’s Shard now allows him to cast Attribute Shift (either strength or agility) while disabled, making for some great saves.

This is in addition to Scepter buffs which give him added status resistance, attack speed, and spell amplification during Morph.

Naga Siren’s Aghanim’s Scepter has been changed. It now gives Naga Siren a new ability called Reel In. When activated, all Ensnared units in a 1400 AoE are pulled toward Naga Siren.

Her old Scepter ability to Ensnare sleeping units still exists although the cooldown reduction has been removed.

Gone is the era of the Greater Treants, Nature’s Prophet’s Aghanim’s Shard gives him a new ability called Curse of the Oldgrowth. This ability affects all enemies in a 1200 range of Nature’s Prophet, revealing all non-invisible units for six seconds while dealing 15 damage and 7 percent slow per second for each tree in a 250-unit radius around the target.

Treants count as trees for this ability.

Primal Beast seems more true to form now when compared to his Aghanim’s Labyrinth introduction. He has been granted an Aghanim’s Scepter upgrade to his Uproar, launching waves of projectiles that split after a few seconds. Each projectile deals 100 damage and applies Break to affected units for 2.5 seconds.

In addition to this, his Aghanim’s Shard has also been upgraded. His Rock Throw now splits into three rocks and hits enemies behind the initial point of impact.

Conversely, Pugna’s spell damage goes up, capping at a total of 100 percent spell damage increase. This effect is halved when cast on a Nether Ward.

Queen of Pain’s Shadow Strike now affects an AoE as part of her Aghanim’s Scepter upgrade, while the increased damage and reduced cooldown of Sonic Wave are now talents.

The upgraded Shadow Strike also explodes into a Scream of Pain from each affected target after it expires or is refreshed.

Shadow Demon’s Soul Catcher has been replaced with Disseminate. This ability can be cast on either allies or enemies for six seconds and each time they take damage, 35 percent of that damage is distributed to all enemies in a 600 AoE of the target.

This effect does not work if the target is under Disruption.

Silencer’s new Aghanim’s Shard rework allows him to silence enemy units for 1.75 seconds with every fourth consecutive Glaive of Wisdom attack on them.

In addition, all temporary and permanent intelligence stolen increases by two.

Skywrath Mage’s new Aghanim’s Shard now gives him a stacking buff of two intelligence and 0.5 armor with each instance of magic damage he deals to opponents.

By definition, Mystic Flare by itself gives multiple stacks at once, so that is something to keep in mind.

Snapfire’s Aghanim’s Shard now increases her Firesnap Cookie’s hop range by 175 units and adds in a Mortimer Kisses glob of fire along with the projectile unit.

The projectile speed and stun duration have both been increased to reflect the changes.

Spirit Breaker’s new Aghanim’s Shard ability, Planar Pocket, allows him to redirect one targeted spell fired at an ally towards himself with 900 range. This ability can be triggered every 20 seconds and lasts for six seconds.

Tidehunter gains a new Aghanim’s Shard ability called Tendrils of the Deep. This ability launches a mini-Ravage in a straight line, like Lion’s Impale.

It deals half the damage of Ravage while traveling 75 percent of Ravage’s radius.

Venomancer’s new Aghanim’s Shard gives him a new ability called Latent Toxicity. It applies a weak poison on the target unit, slowing by 10 percent and dealing 20 damage per second for seven seconds.

If the target dispels this poison, they will take 300 damage and be stunned for two seconds.

Viper’s Aghanim’s Scepter now gives him a new ability called Nosedive. Viper slams into the ground, disarming all enemies in a 500-unit radius for four seconds.

Additionally, units caught within a 1200-unit radius of the splash zone get hit by Viper’s Corrosive Skin passive ability.

Void Spirit’s Aghanim’s Shard has been reworked to upgrade his Aether Remnant instead of Dissimilate. The Remnant persists the first time it gets caught on a creep, the spell cooldown reduces by two seconds, and the watch range increases by 150 units.

The old Dissimilate outer ring was added as a level 15 talent.

Weaver’s Aghanim’s Shard allows his Shukuchi to mark all affected units he passes through. These units will get hit by his Geminate Attack if they are within 1200 range of Weaver.

This effect lasts for six seconds.

Windranger’s Aghanim’s Scepter now gives her invisibility during Windrun which does not break on cast or attack for the entire duration. Additionally, a light Windrun effect emanates from Windranger when she attacks from invisibility.

The Undispellable Windrun has been added back as a level 25 talent.

Those are all of the major hero reworks in Patch 7.32. If you want to know more about this patch, feel free to check out our other guides here.