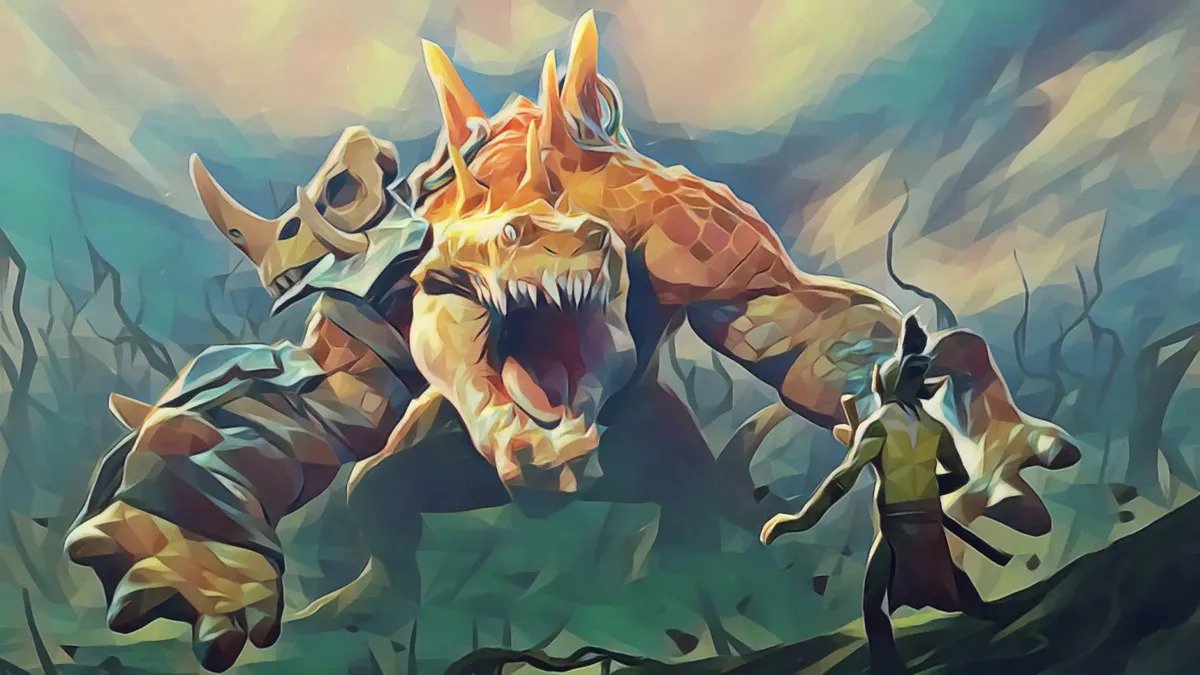 Dota 2’s Patch 7.32 was finally released six months after the Primal Beast update. With every new patch comes changes to the overall metagame, including hero changes, reworks, neutral item additions, removals, and even the addition of a new creep type. With XP gain slowing down in this patch, the major aspect keeping heroes relevant in the late game is going to be their item build.

As such there are a lot of changes to items, some minor, some major and we will be detailing all of them.

While there haven’t been any new item additions in this patch, a lot of the more popular items have been tweaked. Some of them are now less of a threat while the underutilized items have been buffed to make them more viable. These are all of the changes made to the items.

The Black King Bar passively provides strength and attack damage while its active Avatar provides spell immunity to its wielder upon usage. This makes the hero impervious to most spells thrown at them for nine seconds, with the duration decreasing by one second per use till it gets to six seconds.

In Patch 7.32, Black King Bar has been nerfed by giving Avatar a 50 mana cost, eliminating a lot of clutch save potential if you get completely mana drained.

Blade Mail passively provides armor and attack damage and reflects 20 percent of the damage absorbed back at its attacker. Its active ability increases the damage reflection by an additional 80 percent.

With all the nerfs to Blade Mail in recent patches, 7.32 buffed this item by increasing the active Damage Return ability’s duration from 4.5 seconds to 5.5 seconds.

That was, until this patch. Now with the new changes, the active multiplier on Bloodpact goes up from 2x to 2.5x while the overall recipe cost of the item was reduced by 200 gold, making it more powerful and cheaper to buy. Leshrac mains will be pleased, especially with those nerfs.

Dragon Lance has been the go-to stat item for any ranged carry hero for the last few patches now and the attack range increase is just the cherry on top.

Patch 7.32 changed the components of the Dragon Lance, now requiring one Blade of Alacrity, one Belt of Strength, and a 450 gold recipe. In addition, the attack range has been increased from +140 to +150 and the agility bonus has been reduced from +16 to +15.

Eul’s Scepter provides a dispel with its Cyclone ability. The passive movement speed, bonus intelligence, and mana regen were just added caveats that made this a perfect item for any hero to have.

Patch 7.32 changes the Cyclone ability to first dispel any debuffs before the Cyclone modifier comes into effect. This item will still be the bane of Ursa players everywhere though.

Falcon Blade was a little underwhelming upon its release, but after a string of buffs, it became viable as a good starting item on any carry hero. The combination of health, damage, and mana regeneration gave carries everything they needed at the start of the game.

In this patch, the damage of the Falcon Blade has been further buffed from +12 to +14. Makes for great damage early if you stack two of them.

Force Staff has always been the best support item in the game. This item allows you to force yourself, your ally, or an enemy ahead 600 units in the direction the hero is facing. This makes for some clutch saves or an easy setup for kills.

The bonus health provided by Force Staff has been increased from +150 to +175 in this patch. In addition, the cooldown of its active ability has also been from 20 seconds to 19 seconds.

Ever since its inception, Glimmer Cape has been the other item that supports tend to get for themselves and their team. This item provides invisibility and additional magic resistance to yourself or an allied hero upon cast leading to some great plays if used well.

Glimmer Cape has only been buffed further in this patch, increasing its cast range from 550 to 600 units, its magic resistance from 15 percent to 20 percent, and its fade time to go invisible from 0.6 seconds to 0.5 seconds.

Guardian Greaves is the combination of Mekansm and Arcane Boots with a recipe generally too costly for supports. The item heals and restores mana to your hero and all allies on use as well as provides a dispel exclusively to the user.

The recipe cost of this item further increased by 50 this patch, but with the price decrease of one of the components, the total price of the item decreased by 50 overall. The active heal was also buffed from 300 to 350.

While the Hand of Midas has gone through a myriad of price changes over the years, its core ability to transform a creep into bonus XP and gold still makes it everyone’s favorite farming item.

In this patch, each time you transmute a neutral creep into gold, it will always drop a neutral item, if your team’s neutral item slots aren’t full already.

Heaven’s Halberd is the ultimate anti-carry item. With its bonus strength, evasion, heal amplification, status resistance, and ability to disarm heroes for a few seconds, it can frequently turn the tide of battle.

The cast range of its active disarm ability was increased from 600 to 650 units in this patch.

Helm of the Overlord

Combining Helm of the Dominator and Vladmir’s Offering, Helm of the Overlord is an aura beast. Its ability to dominate all creeps and buff them, be it lane creeps, neutral creeps, or ancient creeps is unmatched.

7.32 buffed its lifesteal aura from 18 percent to 20 percent lifesteal on heroes (10 percent on creeps).

The Hurricane Pike is a combination of Dragon Lance and Force Staff. In addition to the push ability of the Force Staff on allies and yourself, when it is cast on enemies, it forces you and the enemy 600 units away from each other while giving your next five shots unlimited attack range (only for ranged heroes).

Just like the Force Staff, Hurricane Pike’s active ability’s cooldown was reduced from 20 seconds to 19 seconds.

Mage Slayer is a relatively new item to the game. It provides magic resistance, attack speed, damage, and a passive ability that places a debuff on the target on impact, effectively reducing the target’s magic damage.

The Mage Slayer’s magic resistance was buffed from 20 percent to 25 percent in this patch.

One of the few possible upgrades to a Morbid Mask, the Mask of Madness throws in some passive attack speed with the lifesteal. Its active ability increases the attack speed by 100 percent while also silencing the user and increasing the incoming damage they take for its duration.

The item’s lifesteal on heroes was increased from 20 percent to 24 percent (12 percent on creeps) in this patch.

Mekansm is one of the best healing items in the game. It passively provides armor and a health regen aura with the active ability providing a burst heal in an AoE.

The recipe cost of the Mekansm was decreased from 900 to 800 gold, while the cooldown of its active ability was reduced from 65 seconds to 50 seconds.

Morbid Mask is the basic lifesteal item in this game. 15 percent of the damage you deal to heroes is converted to health upon hit. This number was buffed to 18 percent in this patch while being halved when you hit creeps.

Nullifier provides armor and a lot of damage while its active places a debuff on enemies that constantly dispel any positive buffs they might have for the duration of the debuff.

In this patch, the passive armor provided by this item increases from +8 to +10 while the cooldown of its active ability reduces from 11 seconds to 10 seconds.

Pipe of Insight provides health regen and a magic resistance aura to all affected teammates. Its active Barrier ability creates a magic-damage absorbing shield for the user and all allied units in the AoE.

In this patch, the passive magic resistance aura was increased from 12 percent to 15 percent.

Radiance provides damage in every possible way. Your hero’s physical damage is increased while it deals constant burn magic damage to all enemies in an aura around the wielder, while also reducing their accuracy.

In this patch, the burn damage further reduces the accuracy of enemy units from 10 percent to 15 percent.

Refresher Orb resets the cooldowns of all skills and items upon use (with a few exceptions), while also providing passive health and mana regeneration.

The item was nerfed this patch, with its active cooldown going up from 170 seconds to 180 seconds while its mana cost increased from 300 to 350.

Refresher Shard is an item you can get only after killing Roshan thrice and beyond. It functions in the same way a Refresher Orb does, except it is a one-time use item providing no stats and with no mana cost.

That is, until this patch. Now you will need 200 mana to use this item.

Satanic is the most powerful single-target lifesteal item in the game. With the highest passive lifesteal value and a huge strength increase, its active ability allows for a burst of lifesteal, dispelling your hero while also life-stealing for almost twice the damage you do.

In this patch, the passive lifesteal increases from 25 percent to 30 percent with the active decreasing from 150 percent to 145 percent, leaving the same overall lifesteal when activated. Lifesteal against creeps is halved yet again.

Shadow Amulet is a component of Shadow Blade and Glimmer Cape. Its active ability makes you or an ally go invisible after a short fade time, provided they stand still.

Before this patch, you could stay invisible permanently if you didn’t move. Now the ability has a 15-second duration. Quite possibly the biggest nerf to griefers.

Vladmir’s Offering provides a health regen, mana regen, armor, and lifesteal aura to the wielder and all allies. The lifesteal aura was buffed from 15 percent to 20 percent in this patch while being halved against creeps.

Wind Waker is a rather costly upgrade to Eul’s Scepter, but the ability to target allies with the Cyclone modifier is worth it. Self-casting also allows you to move while airborne, allowing you to cross impassable terrain for the duration of the Cyclone while being invulnerable to damage.

Witch Blade provides attack speed, Intelligence, and damage while its active places a debuff on the enemy, dealing damage over time based on the user’s intelligence.

This patch reduces the Intelligence gain this item provides from +14 to +12.

The other upgrade to Vladmir’s Offering, Wraith Pact offers amplified bonuses and extra health. It has an active ability, spawning a totem that deals damage over time while reducing the enemies’ outgoing damage.

The lifesteal aura of this item increased from 18 percent to 24 percent while being halved against creeps.

And those are all of the item changes. For additional Patch 7.32 news, look no further than here.