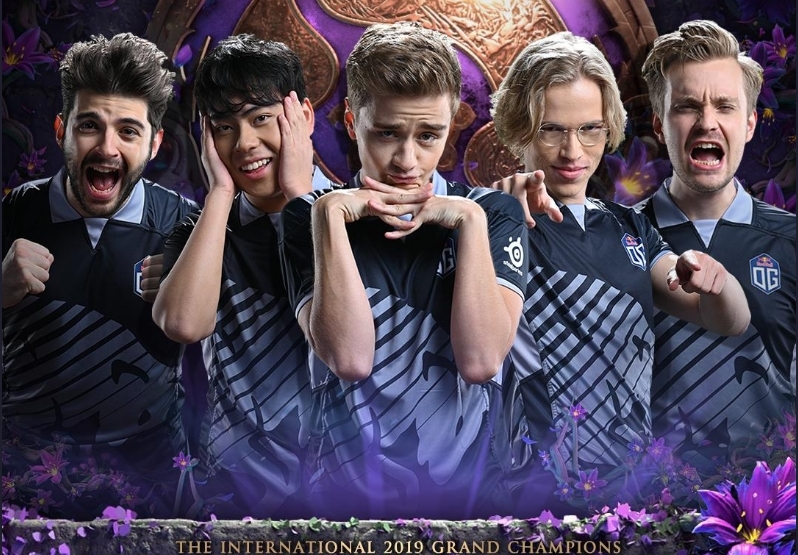 The International 2019 drew the most viewership of any Dota 2 event in history, with over 1 million viewers on Twitch alone watching OG defeat PSG.LGD to become the first two-time champions.

One OG fan living in the Philippines took his support for the back-to-back champs one step further by actually paying for a billboard to documenting the win.

Jean Paul Julia, who also goes by Chu Julia, is a huge OG fan that reached out to one of Valve’s internal testers and Dota 2 everyman Wykrhm Reddy to ask for permission to use one of his banners. In his message to Reddy, he specifically mentioned wanting to use it on a rented billboard, to which Reddy responded “For a billboard? Sure.”

Sure enough, less than three days after those messages were exchanged, Julia posted two images of a billboard that went up in Naga with an edited version of Reddy’s banner. The advertisement features the five players from OG in various poses that Valve used in graphics during various matches.

And this isn’t even the first time Julia has done this for his favorite Dota team. After OG won TI8 last year, Julia rented a smaller advertisement spot to show his support. According to someone claiming to be one of his friends, this was something Julia promised him he would do if OG won their second TI.

Esports in the Philippines has been on a steady rise despite the country having some backlash, mainly around the government and drug testing. This is just one way a fan wants to show his support for his favorite team and the community has taken notice.