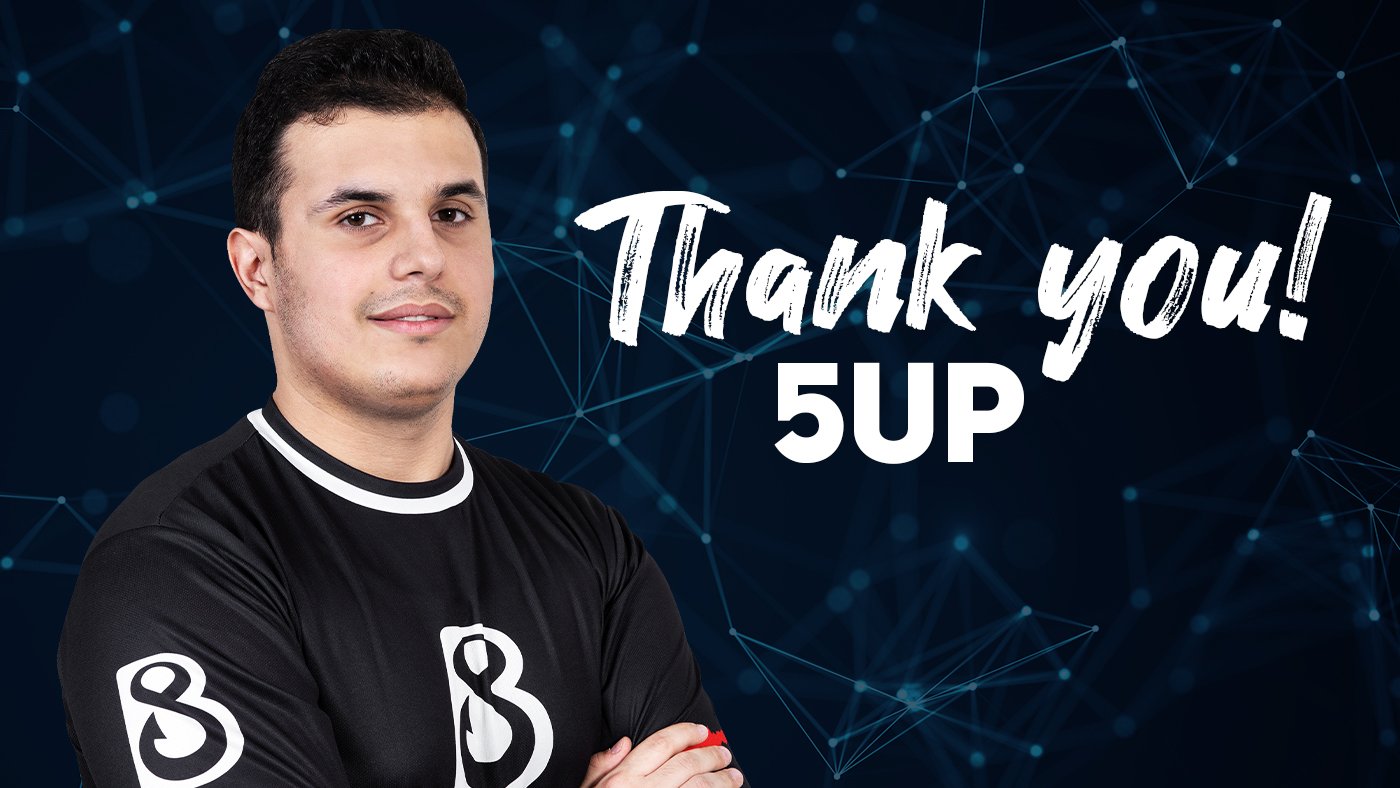 B8 is one of the most interesting and frustrating teams to watch in the current Dota 2 scene because the team continues to underperform and is constantly changing its roster.

Even after finally putting together a team that looked good for the 2021 Dota Pro Circuit, Enis “5up” Elfki left the team today ahead of the regional leagues actually starting.

Neither B8 nor 5up have given any specifics about why the split happened. But 5up has mentioned a surgery scheduled for sometime in the near future that will hinder his ability to compete and travel with the team, according to multiple posts on Reddit.

B8 did manage to qualify for the lower division of the CIS region, falling just one series short of making it into the big leagues. Now, the team will need to find a fifth player to compete with during the lower division. Dendi and the former Midas Club boys—Leonardo “RdO” Fernandes, Diego “Sexyfat” Santamaria, and Heitor “Duster” Pereira—will try to earn a spot in the upper division next season.

5up joined B8 during the team’s second reform in June and was the only player retained when the team pivoted to its CIS/Brazilian mix that competed in the closed qualifiers for the DPC. Now, he hits free agency at a time where most teams won’t be looking for players to bring in and might miss out on competing at the highest level for the next few months.

B8 will need to work fast to fill the hole in its lineup and will likely need to pull from either the current CIS or European pool of players so they don’t struggle with travel restrictions or internet issues ahead of the league starting on Jan. 18.

Update: Jan. 14 6:54pm CT: 5up released a statement on his departure from B8 to clarify his position, saying that he did not make the decision to leave the team.

“I did not intend leaving the team on such short notice,” 5up said. “I really wanted to play the DPC. However, the team came to the agreement that a different player would be more fitting for the line-up and decided to go different ways. I definitely respect their decision and wish the best for their DPC run.”

Moving forward, 5up says he will focus on his own play and stream while looking for a team to compete with for the next season of DPC.