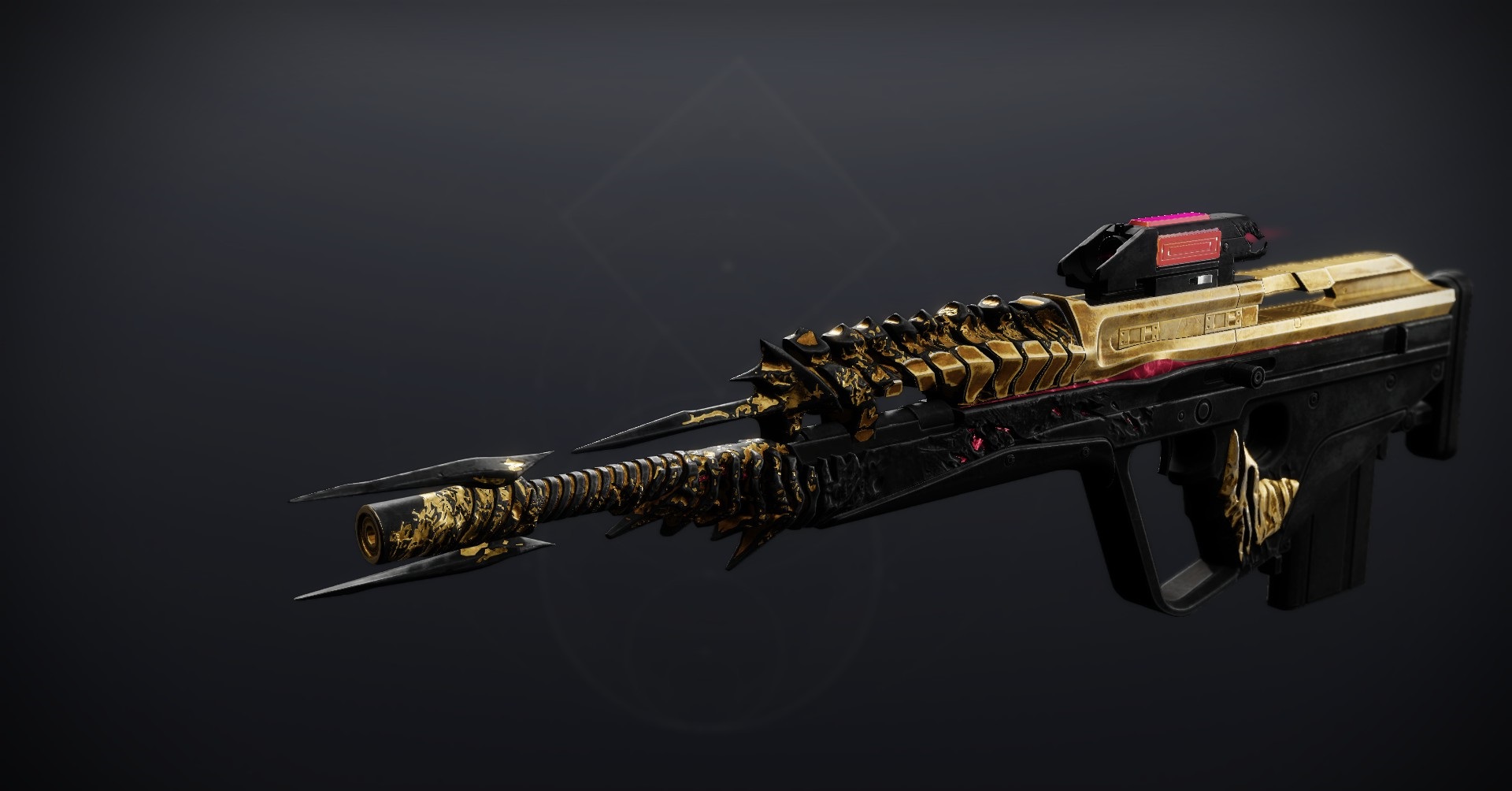 Destiny 2‘s Season of the Haunted gave fans arguably one of the most beautiful scout rifles in the game since Dead Man’s Tale launched in Season of the Chosen. Tears of Contrition goes along perfectly with the Derelict Leviathan’s aesthetic that’s so integral to Season of the Haunted, hitting the perfect blend of opulent and pestilent with just a sliver of nightmarish.

Though its attention-grabbing gold finish and unique body are more than enough to make players intrigued when they get their first copy of it (or when they see Crow holding it in Sever—Shame), Tears of Contrition has plenty of reasons for players to chase it, especially thanks to its amazing perk pool.

With so many combinations, it can be hard to know what to keep and what to dismantle. Here’s our god roll for Tears of Contrition so you know if you should settle for your roll or go back to farming Nightmare Containment for another shot at the weapon.

Settling on a god roll heavily depends on personal preference and playstyle, as well as what aspects of the weapon players want to improve. In our god roll, we went with Arrowhead Brake to get the recoil as vertical as possible and with Flared Magwell to make reloads even faster in the absence of Perpetual Motion. Our PvP god roll, on the other hand, focuses on range and/or mag size, as well as versatile perks like Perpetual Motion and Explosive Payload paired with more Crucible-specific ones such as No Distractions or Opening Shot. Here’s a breakdown of all of Tears of Contrition’s perks so you can decide on your own god roll.

Perpetual Motion is easily one of the most versatile perks in Destiny 2, giving players a bonus to stability, handling, and reload if they’ve moved for two seconds. After being in motion for another 10 seconds, guardians gain another stack. Since moving is common in Destiny 2 regardless of activity type, Perpetual Motion has become a fairly reliable perk, and in this case, it’s beneficial for both PvE and PvP.

Triple Tap is almost mandatory on sniper rifles, depending on their perk rolls, but scout rifles also benefit heavily from it due to them being precision weapons. Refunding a shot in the magazine for every three critical shots can easily boost Tears of Contrition’s mag size, which opens up the mag slot for reload-boosting parts like Flared Magwell or Light Mag, which ultimately make this weapon even more comfortable.

A staple perk in PvP rolls, No Distractions also shows up in Tears of Contrition, offering another avenue for the Crucible. It mitigates incoming flinch if you ADS without firing for one second, which means it can help you land more shots if you take your time with them. With how disruptive flinch can be (and in the absence of other perks such as Killing Wind, Snapshot Sights, or Quickdraw), No Distractions is not a bad option for the Crucible.

Well-Rounded can also have its applications across all sorts of content, and may not be a bad idea for the Crucible depending on your playstyle. It’s also beneficial to have in PvE, though it pales in comparison to the utility from Triple Tap or Perpetual Motion. This won’t make your roll, but won’t break it either.

Auto-Loading Holster is borderline essential in heavier weaponry like rocket launchers, grenade launchers, or even in some linear fusion rifles. In most Primaries, however, there is almost always a better choice than this perk, and the same is true for Tears of Contrition.

Unless Bungie buffs Compulsive Reloader, this perk could easily be a magazine roll, kind of like the (also not really useful) Alloy Mag. The Omolon Origin Trait, for instance, already has a similar effect. If the rest of your rolls are excellent, it may be worth living with Compulsive Reloader until you get a better perk. But on an average roll, this pushes it even further down and makes it more than worth giving it to Banshee unless Compulsive Reloader fits neatly into your playstyle (and even then, odds are you’d still get more benefit out of Perpetual Motion).

Two better-than-average choices here, which can come close to Explosive Payload or Vorpal. Focused Fury boosts your damage by 20 percent for 10 seconds after landing half your magazine as critical hits. On a scout, it’s far harder to proc than on a sniper rifle, but still easier than activating it with an auto rifle. If you get Triple Tap as well, you can have some potentially good interactions by having more room for error on your Focused Fury shots.

Fourth Time’s the Charm, on the other hand, works similarly to Triple Tap, and Tears of Contrition can actually roll both at the same time for a gimmicky, never-stop-shooting roll, though it will miss out on potential damage boosts.

Opening Shot is good for the Crucible since it makes it easier to hit your first shot and gain the edge on an attack, but it doesn’t give you that many benefits in regular PvE. It’s also up against a ton of heavy-hitters, so it takes a backseat.

Mulligan isn’t a common perk. Missing a shot has a chance of putting a round back in your magazine, which can make for fun combinations with Triple Tap. That said, the benefits from Mulligan don’t come close to the damage increase from other options or even the ammo refund from Triple Tap, depending on your aim.