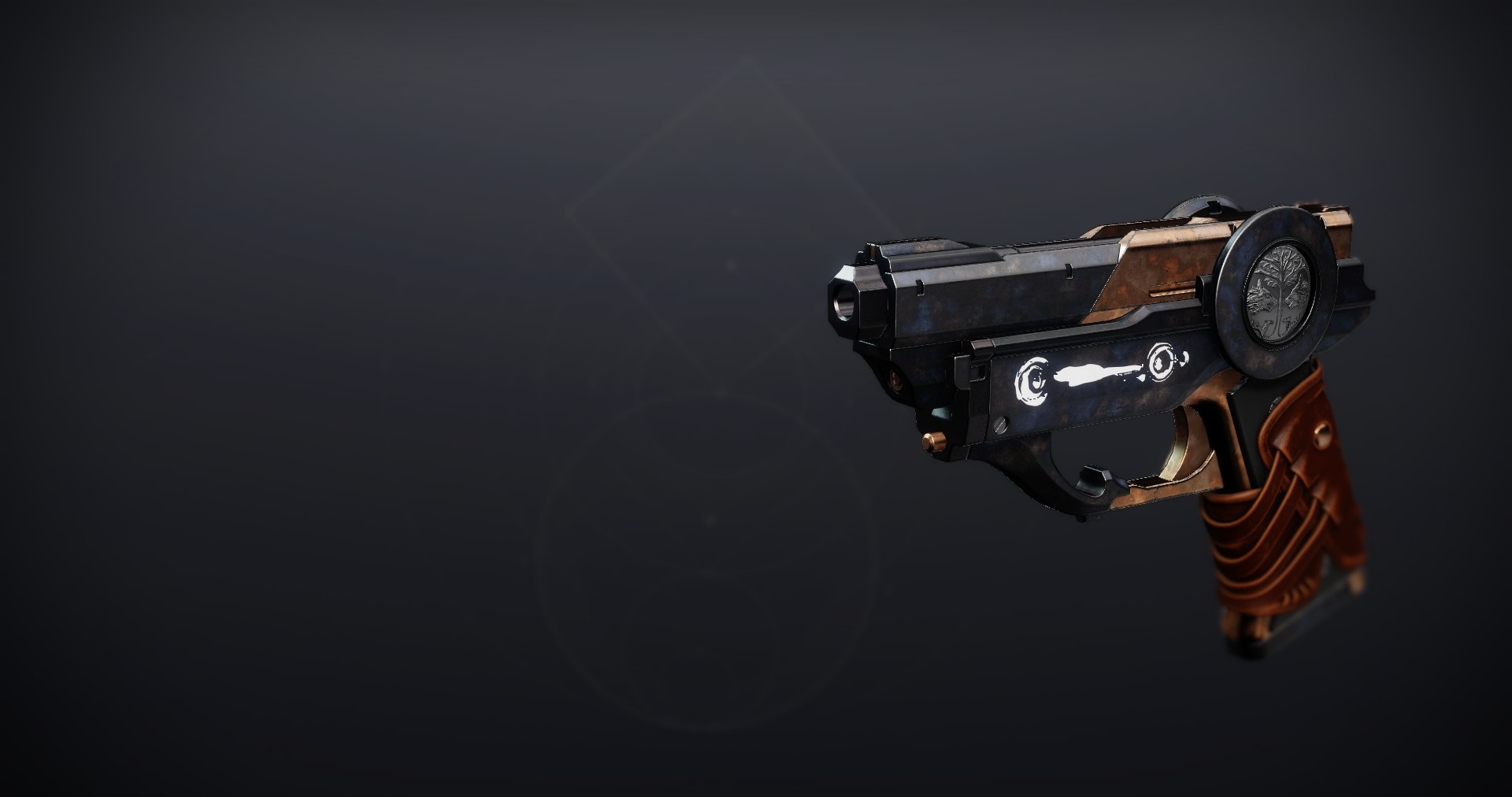 Destiny 2 players may have gotten their hands on Peacebond, the new Iron Banner sidearm coming with Season of the Lost. This gun fires a three-round burst with each pull of the trigger and comes with a perk pool that can make it even more deadly.

Finding a god roll is usually a personal process that takes into account a player’s preferences, but Peacebond has a few clear contenders that stand with the Iron Wolves. Here’s our god roll for Peacebond:

Since Peacebond is an Iron Banner weapon, it makes sense that several of its perks seem more aligned to PvP than to PvE. Still, it has a wide array of perks that can be useful for PvE. Here’s a breakdown of all the perks that Peacebond can come with, so you can make your own god roll.

Subsistence partially refills your magazine upon getting a kill. While reload speed isn’t a strong downside of Peacebond, the magazine size means that players can sustain fire for a long time without having to stop to reload in PvE.

Hitting more shots doesn’t hurt, and Tunnel Vision can help this gun do just that. It “greatly increases target acquisition and aim down sights speed” when reloading after a kill, which comes in handy—particularly in the Crucible.

Most PvP players crave range, and both of these perks will deliver. Rangefinder is a flat boost to range and extra zoom, making it suitable for the Crucible. Killing Wind, on the other hand, boosts range and mobility after a kill, which attains a similar effect with a different trigger. PvP fans should keep both of those in their sights.

Under Pressure is easily the weakest perk in this column for PvE. Increased stability and accuracy as the magazine gets lower is a positive effect, but it’s hardly comparable to Subsistence or even Tunnel Vision. Pulse Monitor, on the other hand, is situationally useful in PvP, but Rangefinder and Killing Wind will usually have more uptime.

Swashbuckler provides a stacking buff to damage that increases every kill and automatically maxes out after a melee kill. Since you usually won’t be fighting at mid-range with a Sidearm, this perk will see plenty of uptime: melee to boost your damage and keep the carnage flowing to maintain the buff as long as you need.

A new perk in Season of the Lost, Headstone creates Stasis crystals upon getting precision kills, making it an incredible perk for crowd control. Unlike Swashbuckler, it’s not an exorbitant damage increase, but it brings invaluable utility.

Demolitionist is essentially free grenade energy, making it an all-around solid perk for all characters and a near necessity when it comes to grenade builds. It may not be the best in slot, but you can’t go wrong with Demolitionist.

This perk boosts damage when within close proximity of three or more enemies. It’s a helpful perk that can turn the situation around depending on how close to the action you are, but Swashbuckler can still bring more bang for your buck.

A staple of Iron Banner weapons, Iron Reach dramatically increases range at the expense of stability. And since range is the go-to stat for the Crucible, this perk is easily the god roll for PvP modes. For PvE, however, stick with Swashbuckler, Headstone, or Demolitionist.

Another new Season of the Lost perk, Harmony will give you a flat damage boost if you swap to this gun after getting a kill with a different weapon. It follows the same rationale as Surrounded: It’s a decent damage increase, but you’ll likely get more use out of Swashbuckler in PvE.

For PvP, however, Harmony can be a welcome (although fairly circumstantial) addition since it lets players pair up their sidearm with a Special ammo weapon.

A staple of the Crucible, Snapshot Sights makes aiming down sights nearly instant. While it’s hard to justify it over more useful perks such as Swashbuckler or Demolitionist in PvE, it’s a common presence in PvP activities—and for good reason. With Bungie patching Iron Reach into Peacebond, however, Snapshot Sights drops down on its ranking a bit due to the sheer utility of its competitor.