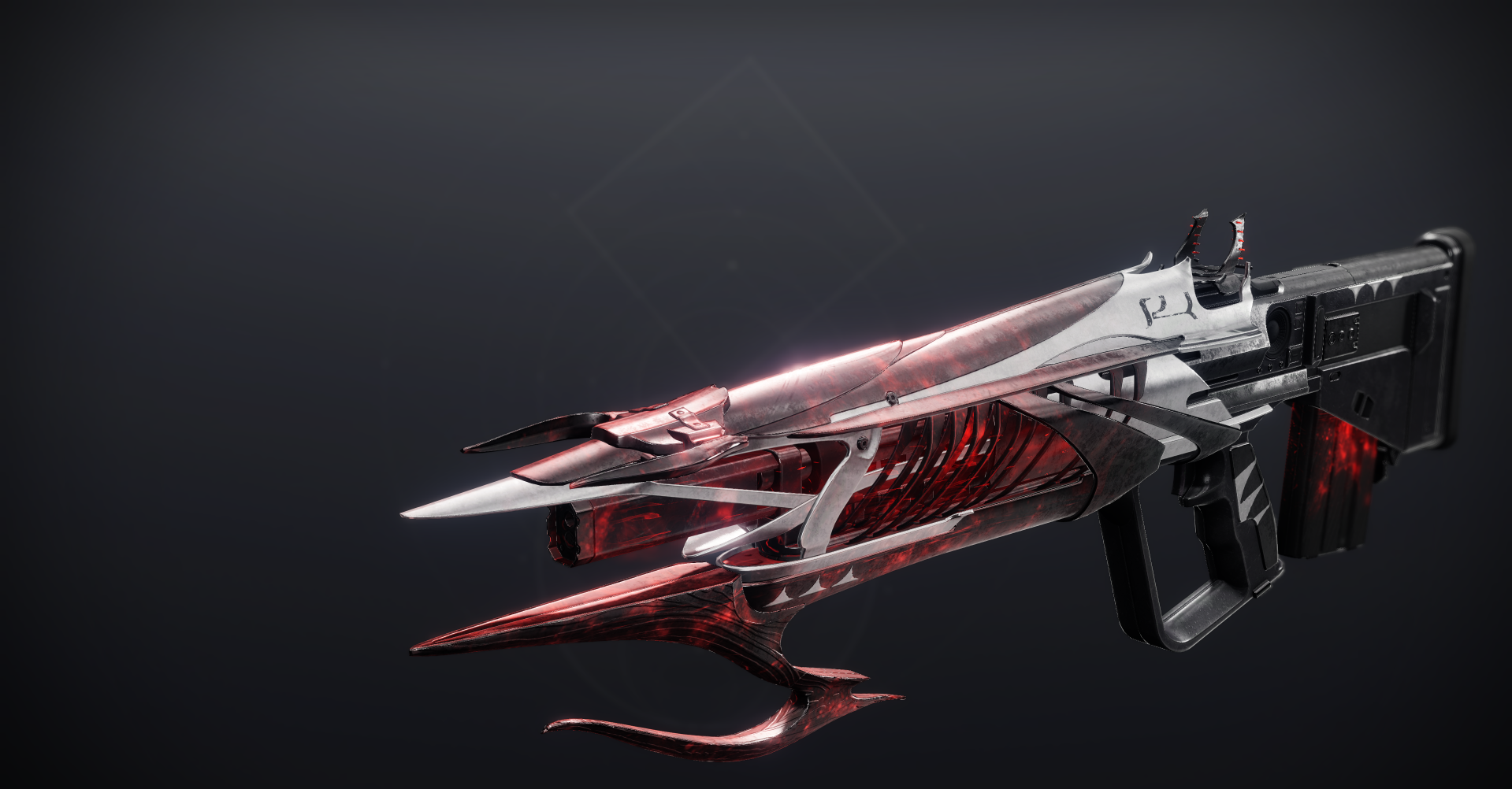 Desperado has been the gold standard for pulse rifles in Destiny 2, and players can finally get their hands on a pulse rifle with this perk without ever having to set foot in Trials of Osiris thanks to the Duality dungeon.

The New Purpose pulse rifle comes with a slew of interesting perks, and even though Desperado steals the show, there are other options that go well with it or even instead of it as a second choice.

You should aim for Desperado, but a few other perks can work well. Arrowhead Brake is also important, and New Purpose has an intrinsically slow reload speed offset by the Bitterspite origin trait. If you want to mitigate that, go with Flared Magwell, though that does mean you’ll miss High-Caliber Rounds.

Here’s our god roll for New Purpose across both activity types.

New Purpose god roll for PvP and PvE in Destiny 2

Desperado steals the show on New Purpose for both game modes, making it arguably the most important part of the god roll. The bonus fire rate and damage potential from the perk are too good to pass up, but you can find some decent (albeit situational) perks for PvE. Vorpal Weapon takes the throne, though Adaptive Munitions and Headstone are also fairly unique.

That said, god rolls depend on preference and playstyle, and what suits one player may not always slot into another player’s build. Here’s a breakdown of all New Purpose perks so you can decide on your own god roll.

Perpetual Motion gives you free stability, reload speed, and handling just for moving, and that free tri-stat boost is nothing to scoff at. It also mitigates New Purpose’s intrinsically slow reload speed that’s balanced by its Bitterspite origin trait. Sometimes, though, getting shot at isn’t exactly the most optimal scenario, so run this and stay moving to reap the benefits of this perk. And as a bonus, its effectiveness remains the same regardless of the Light Level of the activity you’re running.

Feeding Frenzy is one of the best utility perks in Destiny 2 since it boosts your reload speed per kill scored, helping offset the lengthy reload times you’ll get from New Purpose. Its effectiveness drastically falls off in harder content, though, where killing more than one enemy with a single magazine is rare.

While Arrowhead Brake will push New Purpose’s recoil direction to 100 and make it completely vertical, Heating Up doubles down on that effect if you have Arrowhead Brake and serves as a substitute of sorts to it if you don’t—with the bonus of triggering on kills. Pairing Heating Up and Desperado also works wonders. Keep Heating Up activated to make it even easier to hit critical spots, then kill an enemy and reload to trigger Desperado (if you have it), refreshing Heating Up on each kill. It’s simple and effective.

Tunnel Vision gives you improved ADS speed and target acquisition if you reload after a kill. This is helpful across all activities, but is particularly deadlier in the Crucible. Throw in the fact that Desperado also reloads after a kill, and you have two perks activating at once to make this roll even more Devastating. Even if you don’t have Desperado, though, you can still get some benefit from Tunnel Vision.

Steady Hands is more of a comfort perk in PvE, but another one that shines in PvP. It gives you bonus handling after a kill, making it easier to swap weapons and aim down sights after downing an opponent. This means you can get a kill, swap weapons quickly, and continue to fire. If you’re running a pulse rifle and a sniper, you’ll also scope in quickly thanks to the extra handling, or you can get your shotgun more quickly if you’re running one in your Energy slot for close-range engagements.

Well-Rounded boosts your stability, handling, and range after throwing a grenade or hitting a target with a powered melee. It’s helpful, but you can get similar results from Perpetual Motion or Heating Up, which are simpler to trigger since they don’t rely on ability charge.

There is little to dislike about Desperado. After the changes outlined in April 2022, the perk lost its PvE damage penalty at the expense of some fire rate, but it still gives out one of the best damage increases available for New Purpose. It’s also an unique perk that adds a predictable, satisfying cadence to New Purpose’s firing, especially if making it fully automatic. Desperado also results in a damage increase regardless of what you’re shooting at, which makes it easily the best in slot. In higher difficulties, it won’t be as easy to proc it, but the ramp-up in difficulty is by no means prohibitive to Desperado.

If you can’t find a roll with Desperado, though, Vorpal Weapon will also do nicely. Vorpal only procs on Elite enemies, so you won’t use it for your run-of-the-mill red bars, but it can be good to have in more challenging content. It’s a tried-and-true perk, so don’t be afraid to shy away from it.

Two of the biggest novelties in pulse rifles can drop in New Purpose. Desperado being readily available is definitely the biggest, but the chance to roll Adaptive Munitions in your Kinetic slot is also a welcome change. Adaptive Munitions gradually increases your damage output against non-matching shields and can be handy to bring it to activities with Match Game enabled, freeing up your Energy slot for anything else you want to run. That said, Adaptive Munitions comes with a reduced damage output at the expense of versatility, and you’ll be better off shooting weapons with the matching shields. Another downside is that New Purpose has a Stasis element by default, and unlike Pointed Inquiry or Ogma PR6, you don’t have a natural shield affinity (Void/Solar in the two examples), so you’ll always take a bit longer to take down the shields than you would be if you were running an Energy weapon. Adaptive Munitions still offers some versatility, though.

Though New Purpose is hardly the first Stasis pulse rifle to roll Headstone (thanks to Syncopation-53’s release during The Witch Queen), players can also find Headstone in New Purpose. Odds are you won’t actually farm for a Headstone roll since Syncopation-53 is craftable, but if you do score a New Purpose with this perk, you don’t necessarily have to ditch it (though Desperado is still the god roll).

Focused Fury works better in snipers and weapons with shorter magazines, but it’s not entirely bad on New Purpose. The damage buff is good, though the setup from it can be particularly tricky, which is why it’s more common in weapons with smaller magazines. Desperado is also better than it, so that’s the one you should strive for.

Harmony can have its uses, especially in the Crucible, but it makes more sense to have it on a Special weapon since you’ll be swapping to that far more often than to your primary. It’s not a bad perk, but depending on your playstyle, you may not get much use out of it.