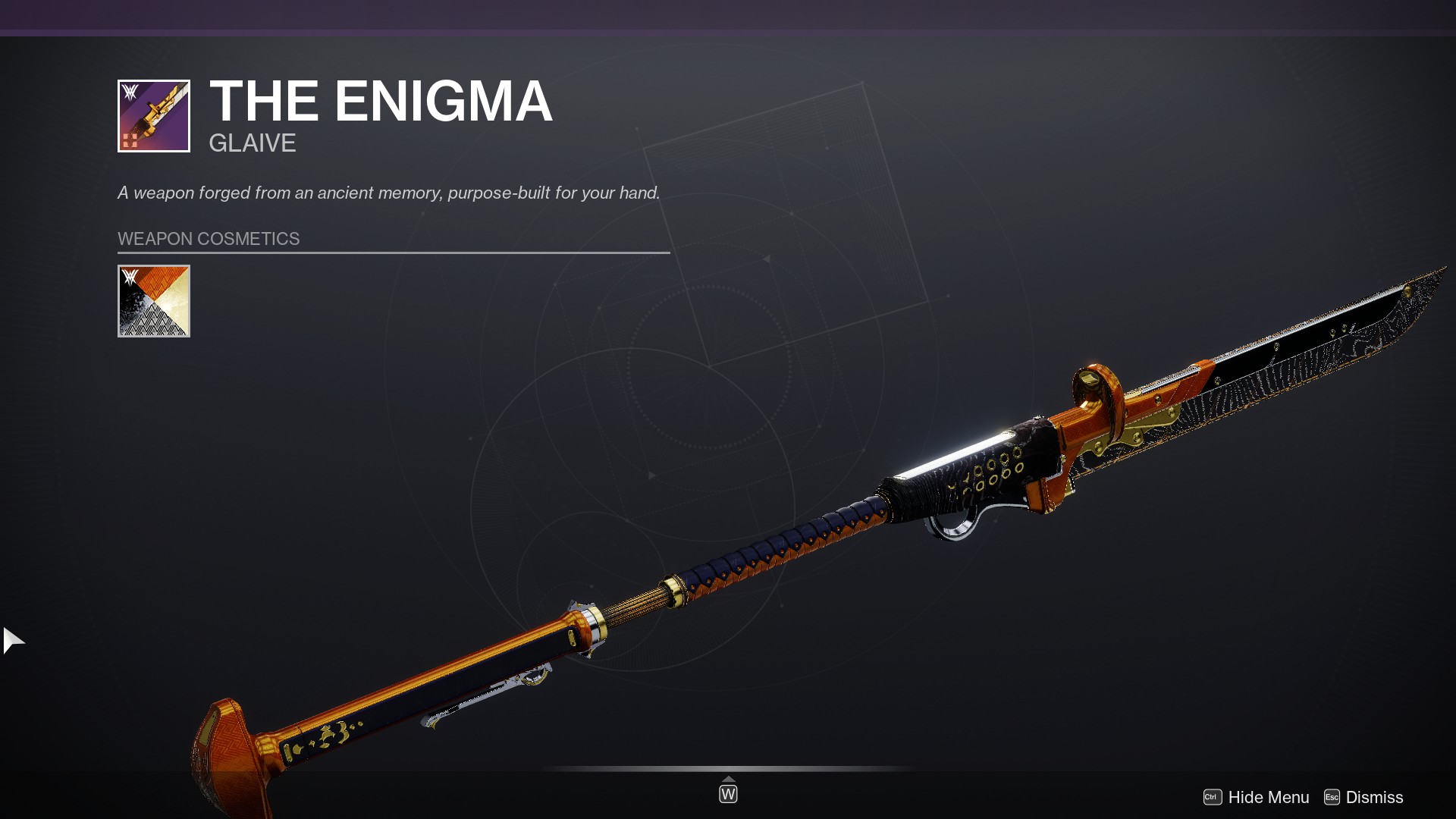 The release of The Witch Queen gave Destiny 2 an overhaul with the Void 3.0 rework, the introduction of glaives, and weapon crafting. As a byproduct of weapon crafting, Bungie added Mementos to the game. This special consumable can be attached to crafted weapons and adds a few cosmetic benefits to a weapon after players reach specific levels with it.

The first Memento was available as a random drop after Gambit matches, but throughout Season of the Risen, Bungie gave players two more items to chase, one from Trials of Osiris and another from Grandmaster Nightfalls.

The Nightfall Memento, for instance, only drops after a Grandmaster. It’s unclear if it’s a guaranteed drop, but its RNG is far better than the Gambit Memento. Like its Gambit and Trials counterparts, the Nightfall Memento unlocks three benefits when the crafted weapon reaches specific levels:

At level one, the Memento will track how many Nightfall enemies you’ve killed with any weapon with this Memento. This will show up as a separate tracker option in addition to PvE and PvP kills. At level 20, players will get the Dusk Tamer title for the individual weapon, which will show up on the right side, above the crafting date and the weapon level. This title only appears to you and when you inspect the weapon, however, so don’t expect your clanmates to see it.

At level 30, players will unlock the Triumphant Keepsake Shader for that specific weapon. The Shader maintains a bit of the Vanguard’s usual color palette: it keeps the orange, but ditches the dark blue and adds gold accents and black details. Orange is still a key part of the Shader, however, so players will likely opt for a different Shader. The rest of the benefits will still apply regardless of their cosmetic choice.

The Triumphant Keepsake Shader is exclusive to the Memento, meaning players can’t unlock it for their armor or other weapons unless they apply another copy to a different weapon. It doesn’t go to your Collections when you obtain it either and is only available through the weapon menu.

The Nightfall Memento is a consumable, meaning players will have to acquire a new one if they want to apply it to a weapon. Likewise, players can only have one of each Memento in their inventory at a time, meaning further copies of the Nightfall Memento may not drop unless you’ve applied yours to your weapon of choice.

Though only three Mementos are available early into The Witch Queen, Bungie has more plans for Mementos down the line, according to a blog post, and players can expect more Shaders to be available from different Mementos in the future.