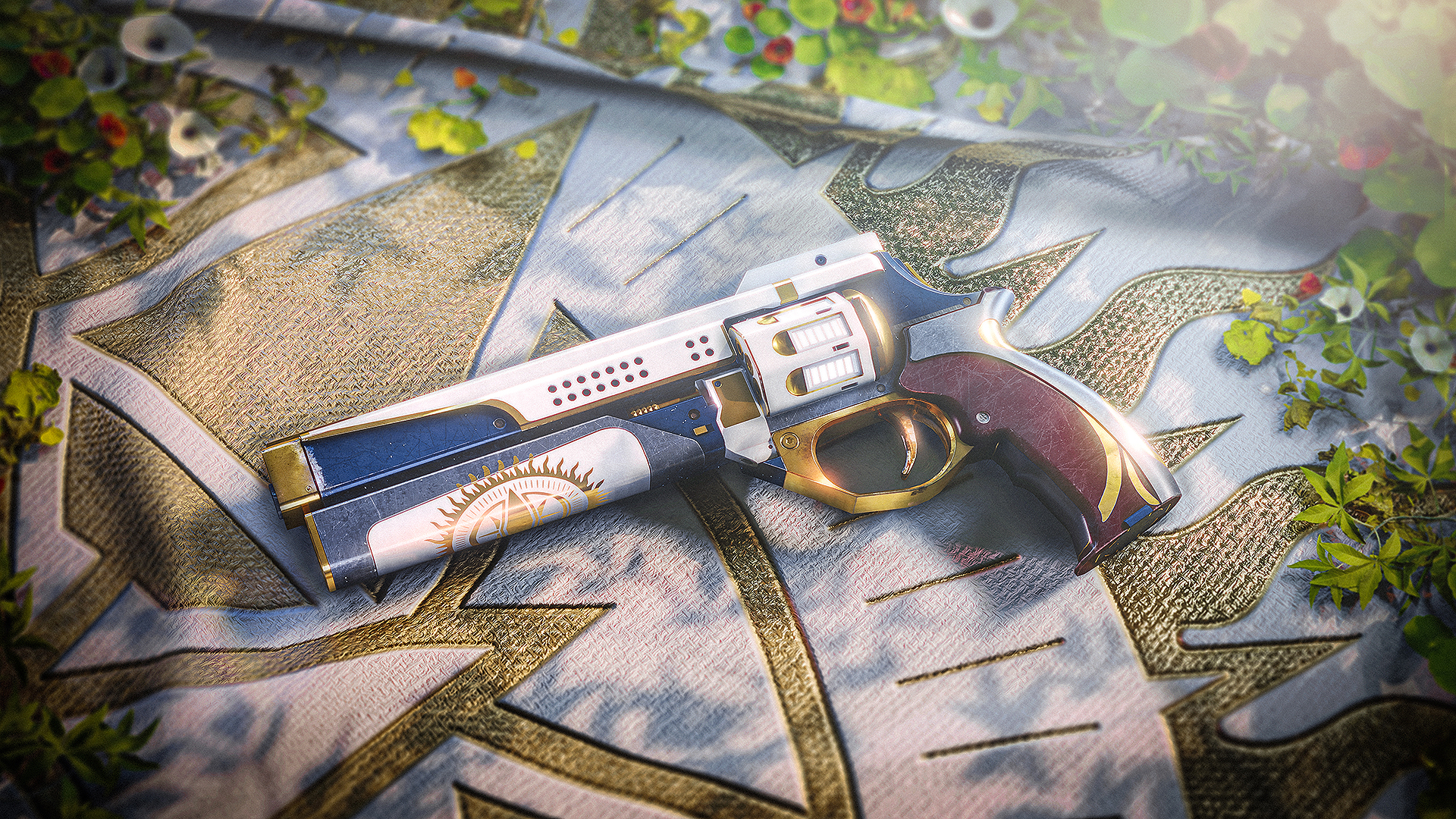 Destiny 2‘s Solstice is a time for celebration and carnage, and this year’s Solstice is bringing another armament for players to use on their journeys: a new Solstice-themed hand cannon complete with an origin trait. Something New is part of the Aggressive Frame (120rpm) hand cannons and the first new addition to this archetype in a bit.

Something New is also the first 120rpm Stasis hand cannon, and it can roll with the crown jewel of Stasis builds, Headstone, which creates a Stasis crystal on a precision kill. The addition of Something New also gave all three hand cannon archetypes (120, 140, and 180rpm) their own Stasis representative—Something New for 120s, Grasp of Avarice’s Eyasluna for 140s, and Season of the Lost’s Vulpecula for 180s—giving more and more options for players who like Headstone.

As a bonus, Something New comes with its own origin trait, Dream Work. Once per reload, assists or assisted final blows can refill this weapon from reserves and even overflow its magazine. This is beneficial to Something New: with it being a 120, you need all the help with reloads you can get.

Here’s what you need to know about how to get a Something New roll of your own.

How to get Something New, the Solstice hand cannon, in Destiny 2

Something New is only available as part of the Solstice event, which usually runs in July or August. This means barring unusual circumstances (such as it being sold at a vendor), players can only obtain it during Solstice. In 2022, Solstice will run until Aug. 9, giving players three weeks to chase their favorite rolls.

Something New can drop from Bonfire Bash completions, and in our experience, it seems to drop fairly often. Bonfire Bash is a key part of the Solstice loop since it’s the source for Silver Ash, which is required to upgrade Candescent armor, meaning players are bound to score a few rolls of Something New of their own. Keep an eye out for Compass Rose as well: the 2021 shotgun got an overhauled perk pool, with the Dream Work origin and the Incandescent perk.