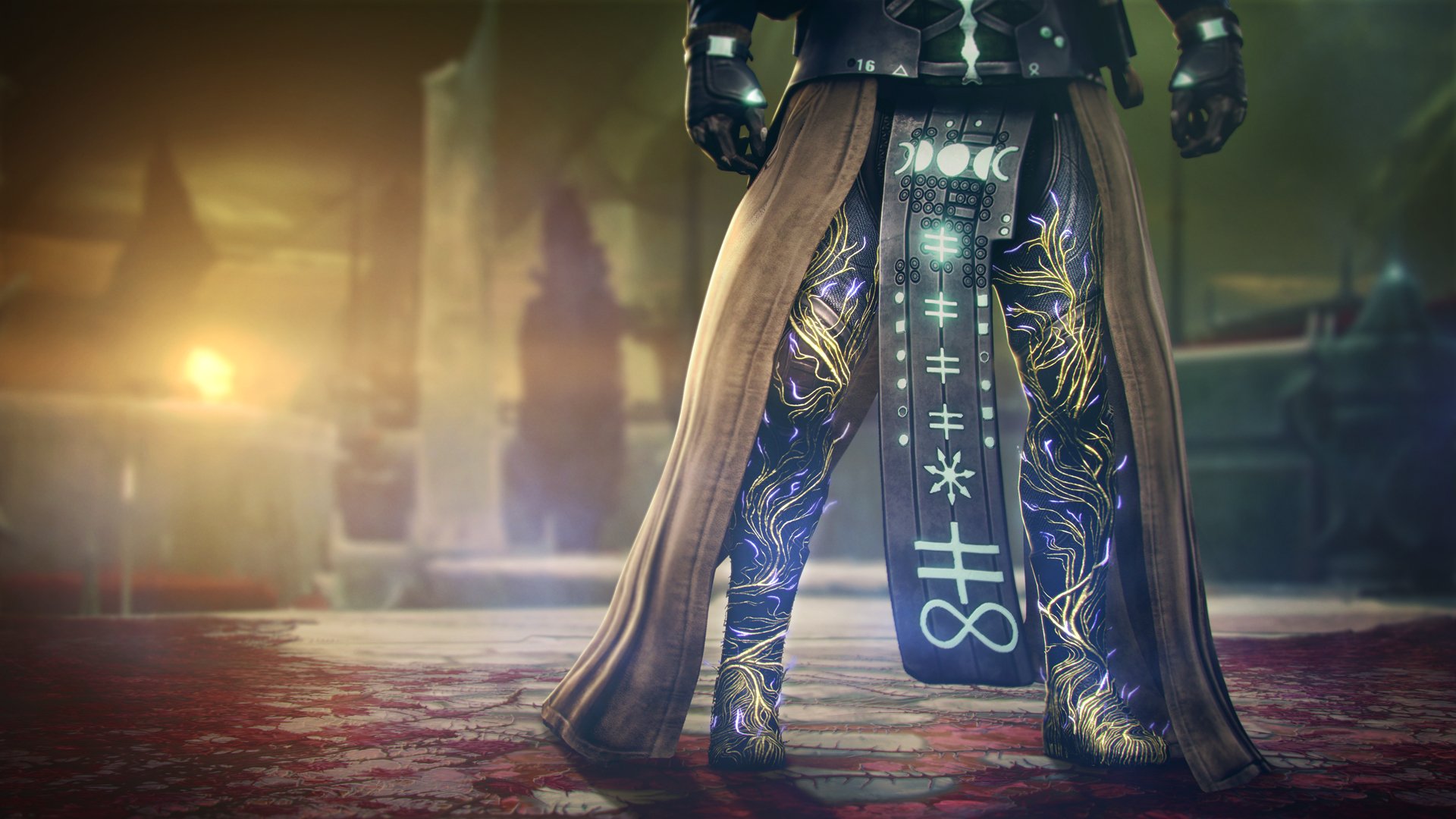 Secant Filaments is one of the many new Exotic armor pieces added to Destiny 2 with The Witch Queen expansion. These Warlock pants are designed to synergize with Void 3.0 and capitalize on the increased depth given to buildcrafting with the subclass.

Secant Filaments buff your Empowering Rift, offering you both Devour and Overload Shot when the rift is cast, on top of the weapon damage bonus it already provides. Empowering Rift has long struggled in endgame content against its Healing Rift counterpart, but the Secant Filaments Exotic aims to shift the meta in those challenging encounters and give Empowering Rift an edge. While the Devour buff offering gets the most spotlight out of the effects, the Overload Shot allowing any weapon to stun Overload Champions could open up a vast array of builds for higher-level Nightfalls.

To get the Secant Filaments Exotic for your Destiny 2 Warlock, you have two possible routes to take. You can claim them as a reward from Ikora in The Enclave after completing The Witch Queen’s campaign on Legend difficulty or farm them in a Legend or Master-difficulty Lost Sector.

While Ikora’s path is more direct and requires much less activity farming, the stats roll that comes with your Secant Filaments Exotic reward will be very low. But this can be a quick way to add the Exotic armor to your Collections, allowing you to potentially start finding it as a random drop reward throughout Destiny 2. All you have to do is finish The Witch Queen’s campaign on the new Legend difficulty as a Warlock, and your choice of Exotic armor reward between Secant Filaments or Osmiomancy Gloves will be waiting for you in The Enclave.

If you want your first Secant Filaments drop to come with a few more points for your armor stats, the Legend and Master-difficulty Lost Sectors will be your second path of acquisition. The Lost Sector with these bonus difficulty options available rotates daily with different types of armor on offer and features a plethora of additional modifiers and Champions to contend with. To have a chance of getting previously unearned Exotic armor from these difficulties, you will need to complete the Lost Sector solo. It may take a few runs depending on your luck, but you will eventually be able to get the Secant Filaments Exotic from the final chest.

These Lost Sectors can also be an excellent targeted farm for additional rolls, with a limited Exotic loot pool that greatly increases your chances of getting more of the specific armor you’re hunting. If you previously acquired Secant Filaments through Ikora, dedicating an hour or two to a Legend Lost Sector that has Exotic Legs listed as its reward can net you a Secant Filaments drop with a vastly improved set of armor stats. An improved Recovery decreases the cooldown of the Empowering Rift that now provides so many benefits, enhancing the Exotic perk’s uptime in a way that makes the additional hours of farming worth it.