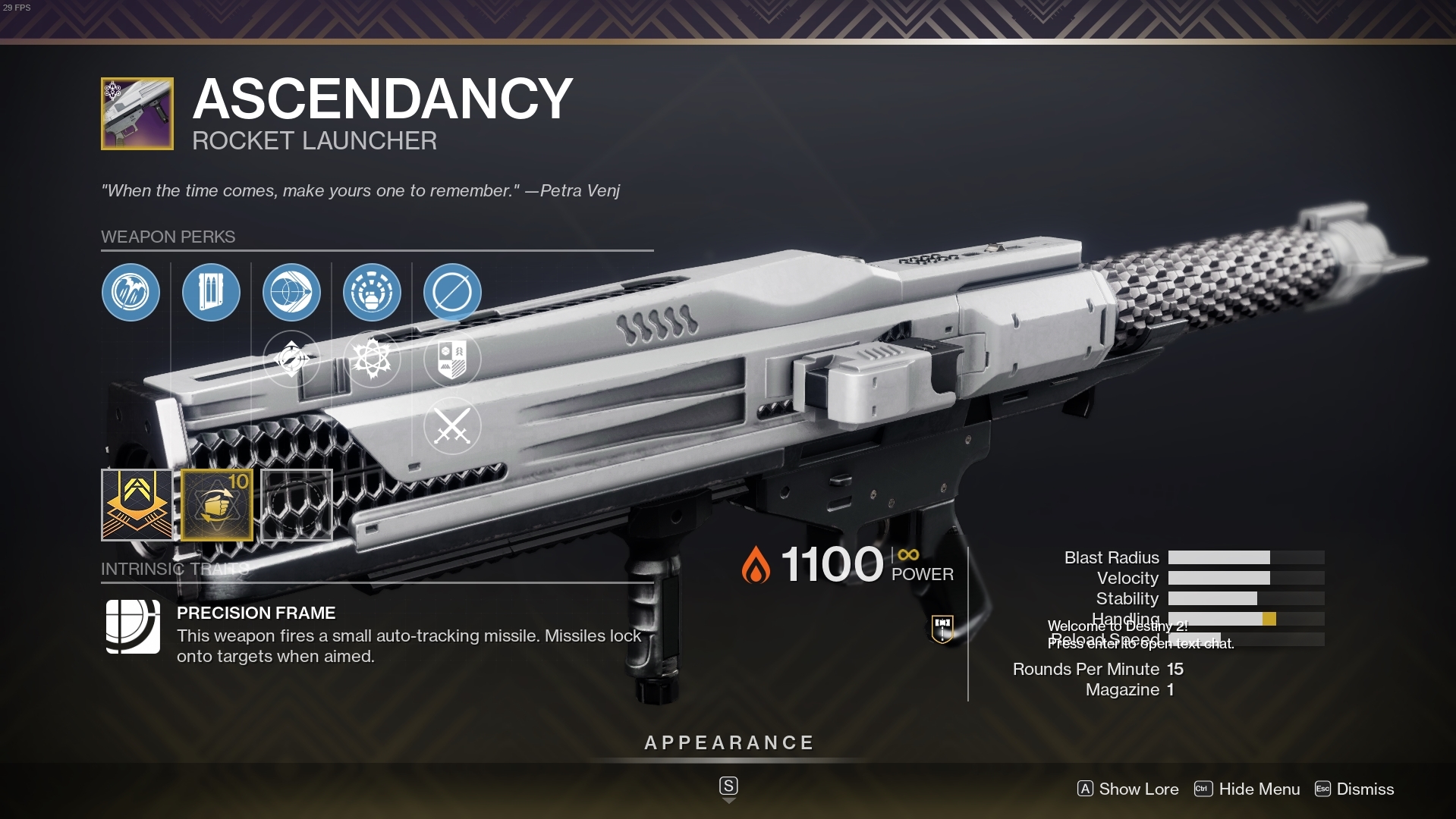 There’s nothing like a good rocket launcher in an FPS, and Destiny 2’s latest and greatest is one worth grinding for.

Ascendancy is a powerful legendary rocket launcher and Season of the Lost’s ritual weapon. Ritual weapons come once per season and usually end up staying in the meta for a while, such as Salvager’s Salvo and Null Composure.

This season’s rocket is strong for its perks, such as Explosive Light, which increases damage by picking up Orbs of Light. It also has an auto-tracking missile that locks onto opponents, so it’s strong in both PvE and PvP activities.

Here’s how to pick up Ascendancy before Season of the Lost comes to an end in Destiny 2.

How to earn the Ascendancy in Destiny 2

Ascendancy can be earned during Season of the Lost by reaching rank 16 in any of the three ritual game modes—Vanguard Strikes, Crucible, or Gambit. Whichever mode you enjoy playing the most, the rocket can be found there by simply playing.

Arguably the easiest playlist to do this in is Strikes. It takes a lot of Strikes to do so, but picking up bounties and playing many Strikes in a row will expedite the process due to the new streak system. When you stay in the Strike playlist for five or more without starting up a new activity, you earn more reputation. You can also earn a lot of points by finishing Nightfall Strikes, so there’s some variety in what you’d like to play.

Streaks work the same in Gambit and Crucible, but the competitive modes also require a bit more effort and focus considering you’re playing against other players. For Strikes, you simply need to play and you’ll eventually rank up enough to earn the rocket.

Season of the Lost is six months long, so there’s plenty of time to grind rituals to earn the rocket launcher. But if you want to get it as fast and as easily as possible, Strikes are the way to go. Or you can wait until a double XP event in Crucible or Gambit to rank those factions up quickly, as an alternative.

Either way, the choice of how to acquire Ascendancy is yours.